“Listen up, let me tell you a story — a story that you think you’ve heard before…”

We’re all familiar with the story from history class; Henry VIII had six wives, a healthy appetite, and a penchant for the guillotine. “SIX” brings each Queen to life, allowing them to tell their story in this energetic, high-voltage concert-style production. 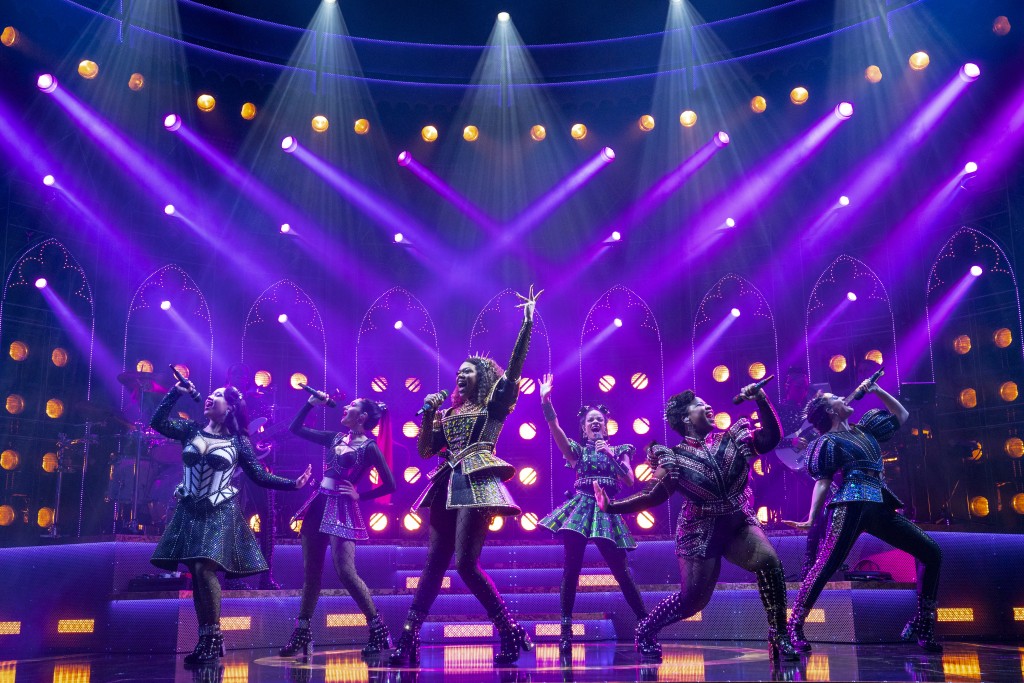 When these Tudor Queens take the mic, they morph into pop icons, channeling everything from “Hamilton” and Shakira to the Spice Girls. “SIX” remixes five centuries of historical heartbreak into a celebration of girl power.

Featuring an all-woman cast and all-woman band called “The Ladies in Waiting,” “SIX” has won 23 awards in the 2021/2022 Broadway season, including the Tony Award® for Best Original Score (Music and Lyrics) and the Outer Critics Circle Award for Best Musical. 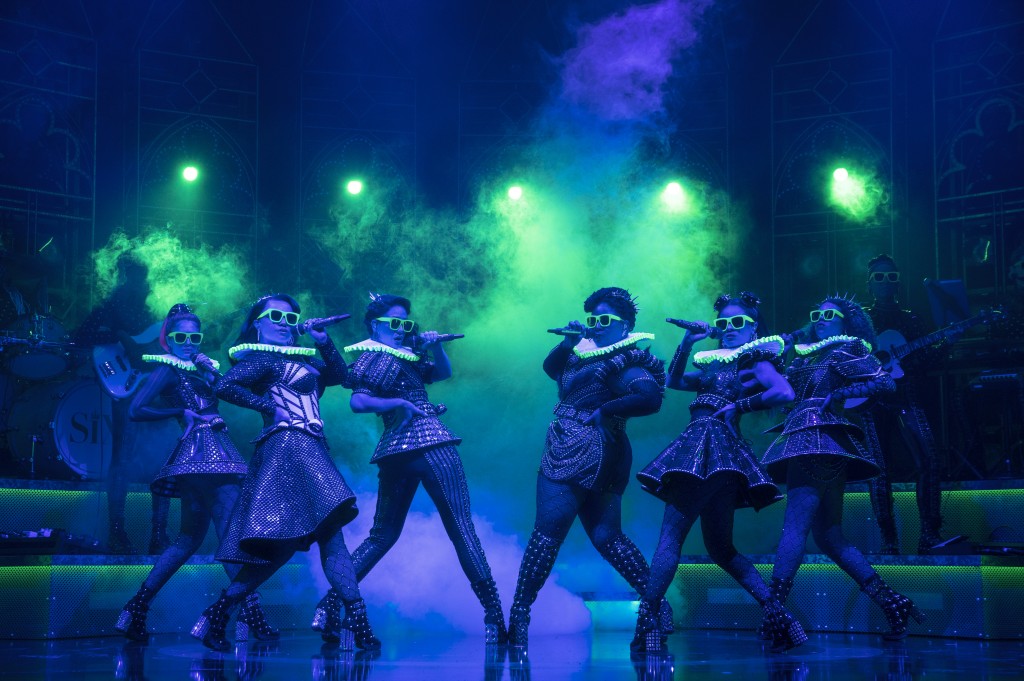 Written by Toby Marlow and Lucy Moss, “SIX” takes a dash of “Hamilton,” a bit of Gloria Steinem feminism with a touch of Nicki Minaj and Adele and puts it together into a spirited musical revue soufflé. In 80 minutes, the Queens go from competing to supporting each other in feminine solidarity.

The audience for the opening night production at the Dr. Phillips Center for the Performing Arts was enthusiastic, more like a Beyoncé concert than your typical musical theater audience. It’s no surprise, as the show is a viral hit with musical theater’s young fanbase and is the second-most streamed cast album in the world. The “SIX: LIVE ON OPENING NIGHT” Broadway album debuted at #1 on the Billboard cast album charts and surpassed 6 million streams in its first month.

“SIX” is an electric celebration of women and sisterhood. After five hundred years of being known as a historical footnote of Henry VIII’s reign, these Queens have reclaimed their story and are rewriting their “herstory.”

Categories: Performing Arts
Tags: AragonTour, dr phillips, SIX the musical, SIXUSTour
Want to read the whole issue? Download and read this issue and others on Magzter.