They dazzle with wit, whimsy and song. These performers—a crooner, a puppeteer, a comedian, a magician and a quintet of harmonizers—entertain audiences near and far. They are show stoppers, always on the move. But they stopped long enough to offer us a snapshot into their lives.

The members of Vox Audio joke that they can read one another’s minds. That’s because teamwork is so important to their music. This a cappella group (aka Toxic Audio) started in 1998 with Shalisa James (alto), Jeremy James (her husband, the group’s baritone), René Ruiz (bass), Michelle Mailhot-Valines (soprano) and Paul Sperrazza (percussion sounds). They met while working at local theme parks, and all but Ruiz are still involved (various singers now perform bass duties, including Jeff Williams and Sam Pawlak). Vox Audio performs at public celebrations, concert halls and private events with a repertoire that features everything from old standards like “Autumn Leaves” to early rock hits like “Paperback Writer” to more contemporary tunes, such as U2’s “Beautiful Day.” Whatever the song, the members function as a well-oiled music machine. “We’re doing things…on the fly,” says Shalisa James. “We used to have nonverbal signals our first year or so, but now we just know.” 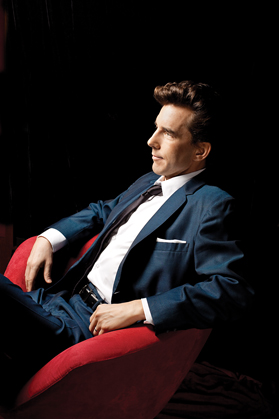 Michael Andrew evokes the cool, retro spirit of the Mad Men era, putting his stamp on standards like Bobby Darrin’s “Mack the Knife’’ or Frank Sinatra’s “Ring-A-Ding-Ding.’’ Whether he’s singing with a big band or a four-piece combo, at a big public performance or at a society event, Andrew, 46, captivates with a sound that’s both stirring and tranquil at the same time. He’s also a composer, having recently created music for The Mommies, a new production from Jeanie Linders of Menopause: The Musical fame. But Andrew seems destined for nuttiness: Years ago he perfected a funny “nerd’’ character for the stage, a la Jerry Lewis’ movie The Nutty Professor, and is working with Lewis to help bring the story to a regional stage and, ultimately, Broadway. Plans are for Lewis to direct the musical and Andrew to star. Of his music and comedy bents, Andrew says: “I’m always looking for a way to marry the two.’’ 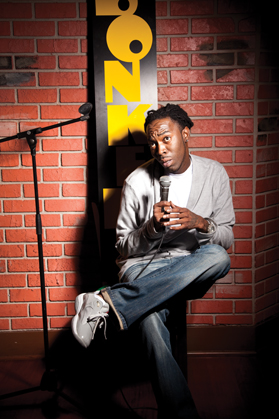 David Alan Jean hails from New Jersey, which explains his stage name. But for the past eight years Orlando has been home to the 31-year-old comedian, and he has built a following for his scrappy, R-rated standup act, often performed at Bonkerz comedy club. Also known as “The Haitian Sensation,’’ the lean, rubber-faced comedian uses lots of race-based humor (“If this [performance] don’t work, white people, you will  get robbed!’’) but spends a lot of time just riffing with audience members. And he sees a comic, and cosmic, significance to his sharing a birthday, Dec. 1, with the late Richard Pryor. “I knew I was going to do this since I was 7,” he says of his chosen field. “I think I was born to do it.” 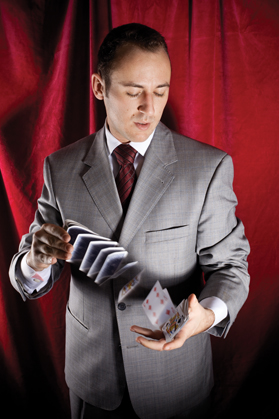 Some magicians think big—levitating volunteers or making elephants vanish. Kostya Kimlat prefers small wonders, like rubber bands, Nerf mini-basketballs and, of course, everybody’s favorite, a deck of cards. Pick a card, any card, and no matter how many times the deck is shuffled or tossed to and fro, Kimlat, 28, always knows the one you secretly selected. The native of the Ukraine has performed worldwide, but his big gigs locally are performing magic at Amway Center bars and suites during Orlando Magic games, and doing a magic dinner show at Del Frisco’s restaurant every Saturday. As he launches into his illusions, the diners’ reactions often remind him of how special his job is. “The people scream and their eyes bug out,” he says. “Then I go: Oh! I forgot! This is why I work so hard.” 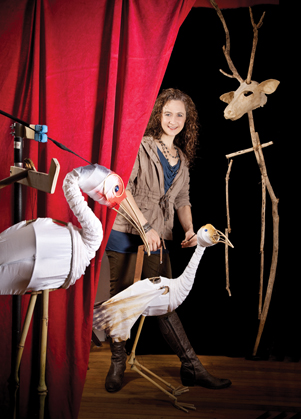 Among the late Jim Henson’s greatest creations are Kermit the Frog, Big Bird and Heather Henson. That last one isn’t a Muppet, of course, but his youngest daughter, who carries on her father’s puppeteering legacy in her own way—much of the time with a grown-up audience in mind. “Definitely, we try to present shows that are sophisticated,” she says, “and handle difficult topics.” That’s true of Panther and Crane, a large-scale production that explores environmental issues. Henson, 40, created the piece and performs it here and around the country as one of 10 puppeteers and dancers. Among the other endeavors of Henson and her IBEX Puppetry company: Handmade Puppet Dreams, a touring festival of film shorts by independent artists; and the Puppet Slam Network, which takes performances to nightclubs and art spaces.

This article appears in the August 2011 issue of Orlando Magazine.
Categories: Features