Secily Wilson: A Voice for Empowerment

Two strokes couldn’t silence longtime TV anchor Secily Wilson, who uses her adversities as a springboard for helping other women.

Secily Wilson has her own take on the lemons-to-lemonade analogy: When life gives you lemons, sweeten it with faith. Now you have lemonade. You can take nourishment from it. And then share it.

She speaks from bitter-turned-sweet experience.

In 2004, at the age of 39, the former Channel 6 anchor suffered a stroke while on-air. Her life was already in turmoil: Her marriage was falling apart, and she was struggling with the demands of being a single mom to two daughters, one in college at the time and one in middle school. Left temporarily without a voice, Wilson’s losses mounted over the next three years: first her marriage, then her job and then her home. Ten years after her first stroke, a second also temporarily stole her ability to speak. 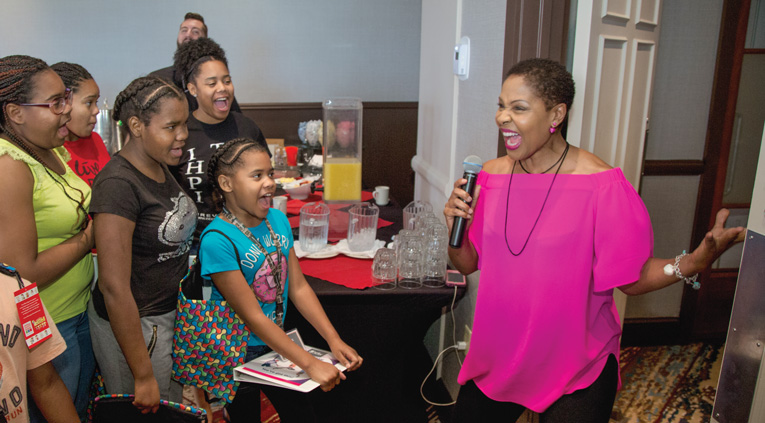 Wilson fought her way back to health and success. The onetime Mrs. Florida has an oft-repeated mantra inspired by her resilient mother, a nurse known to scrub toilets to support her family: “Don’t make excuses. Make it happen.”

A job eventually happened—not in her field of  television journalism but in fund-raising—and the opportunity tripped a switch in Wilson’s mind. “I realize now God put me in that position for me to understand the art of philanthropy and nonprofit because He had me create my own nonprofit,” she says. Thus was born WOW Legacy Group Inc., which helps women and children in transition, whether from abusive relationships, divorce, homelessness or even prison.

Standing for Wilson Orr Women, her own surname plus that of her daughters, the enterprise became a family project. Twenty-seven-year-old Chrissy Orr remembers the birth of her mother’s brainchild. “She was like, ‘We should do something—me, you and your little sister. We should come up with an organization to give back. Let’s give back to women in transition.’ We’re very strong in church, and we believe that in order to receive, you have to give.”

The inaugural event in 2012 was a Fall into Fabulous fashion show that revealed dramatic makeovers of hardship-worn women who were given access to free wardrobes from donations. Now an annual event, Fall into Fabulous—set this year for Dec. 9 at the Hyatt Regency Orlando—concludes a series of workshops that takes place in both Seminole and Orange counties through which women reboot their self-images and their lives with the help of experts. The Wilson-Orr women, including 17-year-old daughter Nicole, remain all in.

Traci Wade-Bradford, WOW Legacy’s operations manager, was a recently divorced mother of four sons when Wilson, a friend from church, approached her in 2012 to ask for clothing donations for the first Fall into Fabulous event. “It immediately became a partnership with her,” Wade-Bradford says. “At that time, she thought this was going to be a one-time event, but I could see this was going to be more, so I said, ‘I can see this is going to be your ministry.’ ”

WOW Legacy has since become a 501c3 that has served about 120 women. Its team includes doctors, mental health counselors, bankers, human resources experts, life coaches, and a Glam Squad that includes makeup artists and personal shoppers. 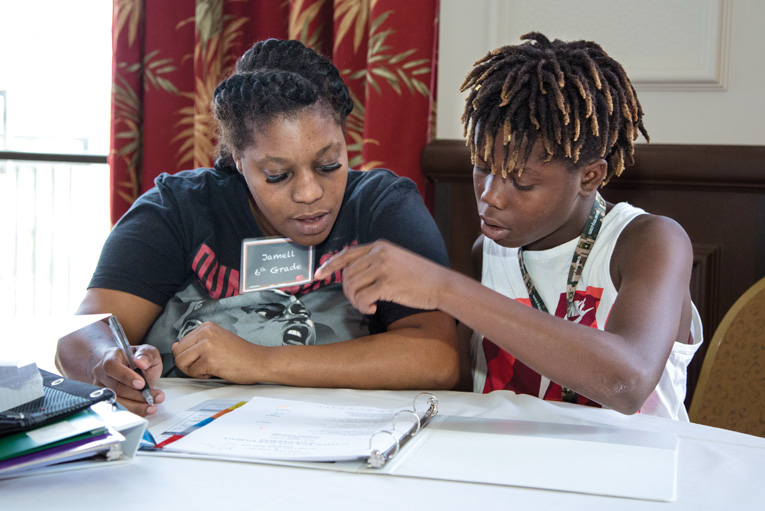 Brittanie Murray and her son at the backpack event (GREGG NEWTON)

The organization has also picked up substantial community support with such sponsors as Florida Hospital, the Rotary Club of Lake Buena Vista, Walmart, UPS, Valencia College, Sam’s Club and the SunTrust Foundation, among others.

Women who successfully complete the series of workshops, one session of which is led by a team from Valencia’s West Campus, are eligible for $500 to $1,500 in Valencia scholarships. “I’m simply a fan of the work she [Wilson] is doing to empower women in transition with the knowledge, skills and resources to live meaningful, productive and stable lives,” says friend and Valencia West Campus President Falecia Williams. Workshop graduates can receive additional training through Gifted Ones Inc. and other community partners.

A 30-year-old single mother of three, program participant Brittanie Murray is laser-focused on creating a legacy of success for her family. “It’s just me trying to better myself for my kids to make sure they have a better future. My goal is to get into school to be a social worker. I really want that degree behind me,” she says. To help emphasize the importance of education, she brought her kids to WOW Legacy’s annual Backpack Scavenger Hunt, where families were treated to a breakfast buffet and students searched for school supplies.

At the event, Wilson hugged a stream of smiling women while daughter Chrissy supervised excited children. “We’re able to instill that life lesson into children that rewards come to you after you work hard for them. Everything isn’t given to you. They’re solving the riddles to get to their notebooks or their pencils or their binders. At the end of the day, you have all the things you need, but guess how you got it? You used your cognitive skills. You did that. That’s how you get things you really want,” Wilson says.

Chanel, a program graduate and Valencia student, was referred to WOW Legacy through Harbor House of Central Florida, a shelter for abused women. “Before the program, I was not thinking of my future, about what I want to leave my kids or how I want them to see me. I want them to see me as a mom who’s going to fight for them by providing a home, stability and a great foundation,” says the single mom, who is preparing for a career in customer service management.

Wilson has become a friend and inspiration to the women under her wing. “To see how she can just pick up from the divorce, the strokes— everything she’s been through —to know she can overcome and become the woman she is today, it really pushes and motivates me that there’s nothing too hard you can’t do in life. Nothing,” Murray emphasizes.

“The reason I think my voice was taken away from me twice is because Satan was trying to shut me up,” Wilson says. “I was excited God had given me a second chance to use my voice and to speak life into others. That’s what I’m here to do: to pour value into those who feel devalued, to be a voice for those who are voiceless, to be the power to those who are powerless so they can now understand ‘I’ve got the power. I’ve got the voice. I’ve got all that I need because God has given it to me.’ ”