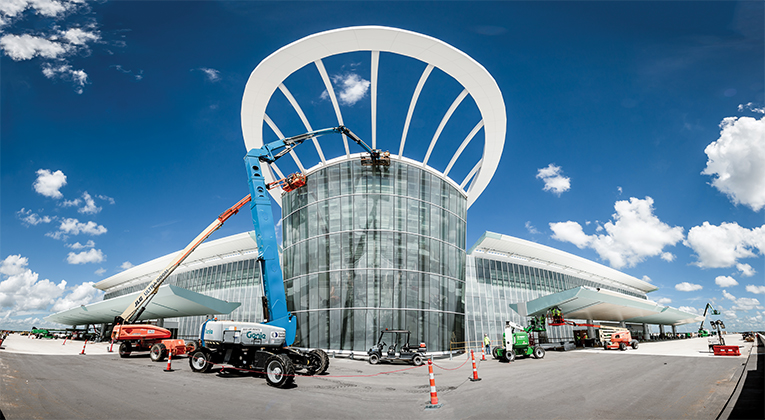 It’s about that wow factor, about customer service, ease, and speed, amenities—all those things that you as a traveling public want,” says Davin Ruohomaki, senior director of engineering and construction for the Greater Orlando Aviation Authority.

The $3 billion project will open over two weeks beginning Sept. 19. Its 15 gates are designed to accommodate 10 to 12 million passengers annually. Four additional gates will increase capacity to as many as 15 million passengers upon completion. 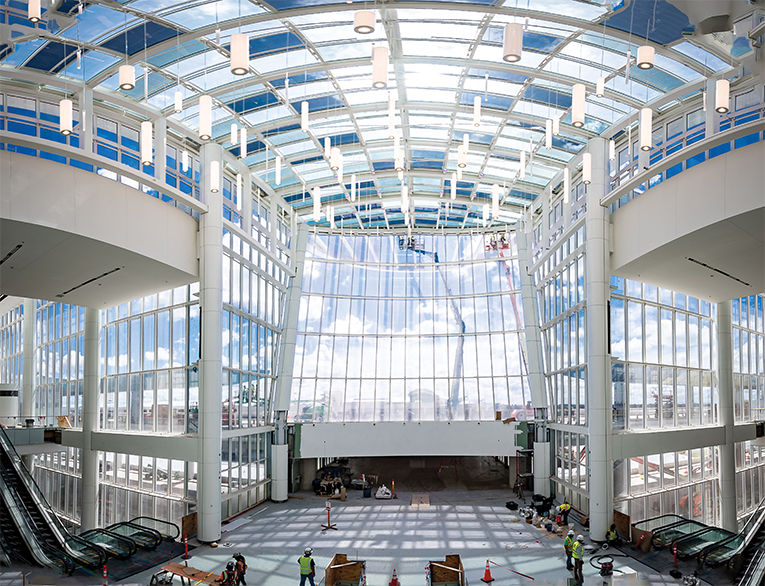 The new terminal will also become a critical source of ground transportation with high-speed rail service at the terminal’s onsite train station connecting Orlando to South Florida beginning in 2023. The $31.8 million Brightline rail system will run along the Interstate 4 median and other existing corridors, eventually connecting to Tampa. Talks are in the process of connecting Brightline with SunRail for local service.

“Terminal C sets a new standard for the next generation of air travel and connectivity,” Thibault says. “Travelers will eventually connect in every sense of the word—from origin to destination—to the entire state via intercity passenger trains and multimodal transportation.”

As the airport authority strives to maximize the customer experience while minimizing price, Ruohomaki says he expects “people will want to fly here and ride a train from here to Miami,” potentially making Orlando “an epicenter for travel.”

Besides the ease of mobility, “it’s about the technology,” Thibault says. TSA screening lanes will be 100 percent automated with facial recognition for arrivals and departures. The eight screening lanes, with automatic bin returns, will accommodate 2,000 passengers an hour. The new building is also the first LEED®v4 terminal in the world, incorporating large-scale media. Windows on Orlando, a triptych of 32-foot-tall displays, spans 110 feet and provides panoramic views of live-action scenes, mimicking windows into Central Florida. Children will stay entertained in the Moment Vault; an interactive multimedia feature with surround sound.

In addition, passengers can opt for early bag storage hours ahead of their flights, knowing their bags will go automatically to their planes. All baggage will be RFID-tracked, and a high-tech baggage handling system will get bags to baggage claim within five minutes of landing. Wayfinding signs using Bluetooth beacons provide location-specific guidance. They built device charging into seating throughout the terminal. On the airside, a visual docking guidance system will allow for the automatic docking of planes.

Passengers can take tech on the go using the Orlando MCO app, available through Google Play or the App Store, to view wait times at checkpoints, access an airport map, and stay abreast of flight schedules.

Keeping with the terminal’s concept to provide a uniquely Orlando experience, works from local artists will be on display throughout the terminal, where passengers can enjoy food from such local eateries as Eola Market, Summer House Orlando, and Greenbeat.

The terminal will host 34 concessions, including 24 restaurants, with most concessions beyond security checkpoints for traveler convenience. “Having restaurants after security will help people budget their time better before boarding planes,” Ruohomaki says. 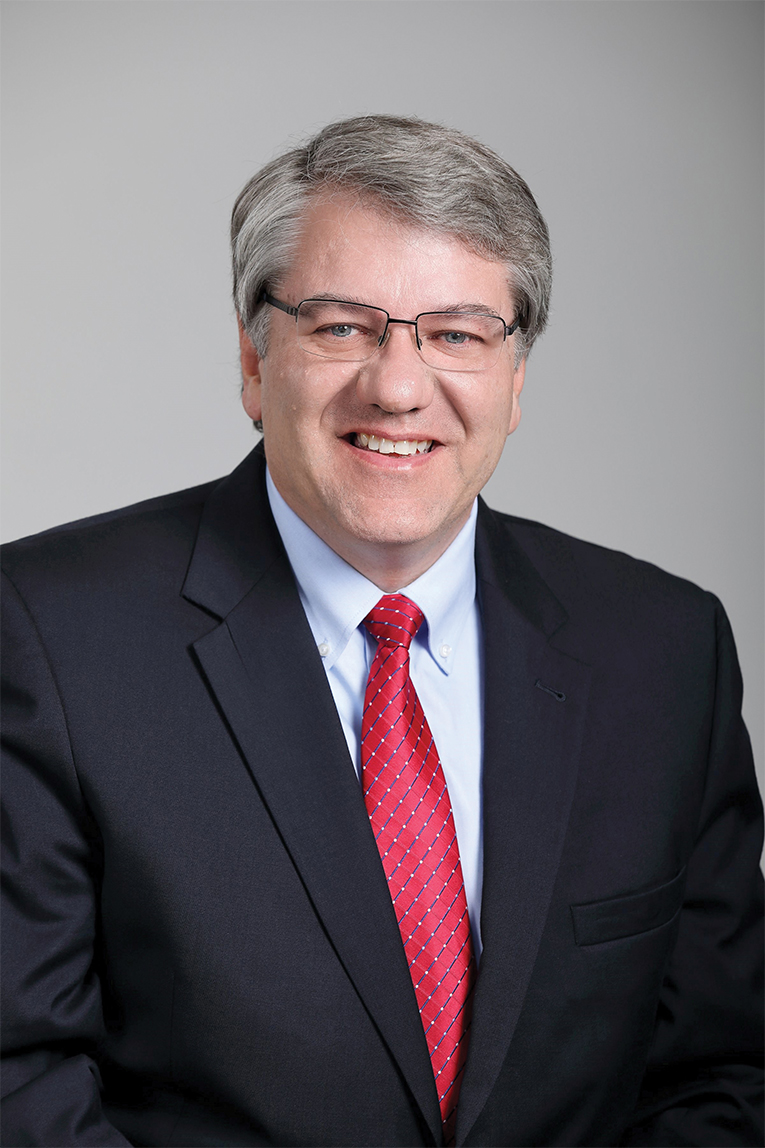 But the benefits of the new venue will be felt beyond its walls. Thibault says that travelers in Terminals A and B will experience less congestion and a better travel experience. Those terminals were originally designed to accommodate 24 million passengers, doubling that amount in 2019 and edging back to 40.4 million in 2021 as international borders began to reopen.

“TSA checkpoints will see that relief. All the different operations at the different gates see that relief,” he says. As domestic and international airlines transition to Terminal C, freeing up space in the north terminals, “it gives us an opportunity to look at Terminals A and B at what items we need to update, what refresh we need to do for the benefit of our customers.”

However, the airport’s increased size and passenger capacity won’t translate into fewer delayed flights. The U.S. Department of Transportation recently ranked Orlando International second worst in the nation for late flights. Thibault says the problem is complex, beginning with limited airspace over the popular peninsula. Tyndall Air Force Base activity augments the problem in the Panhandle, limiting Gulf-side flights, and frequent spaceflights on the Atlantic side. Thibault says that the aviation authority is working with the Federal Aviation Administration and companies on the Space Coast to identify resources and solutions.

The terminal project kicked off in 2017, requiring the help of hundreds of companies and as many as 2,000 workers. With the terminal’s opening, the aviation authority will employ over 20,000 people, a gain of between 1,000 and 2,000 jobs, Thibault says. That’s not accounting for jobs generated by airlines and suppliers.
“Each and every one of those employers is actively recruiting those positions needed to handle the growth,” he says. Thibault says the airport is “the economic engine for the region” with an economic impact of more than $40 billion, an impact that will only increase with growth. 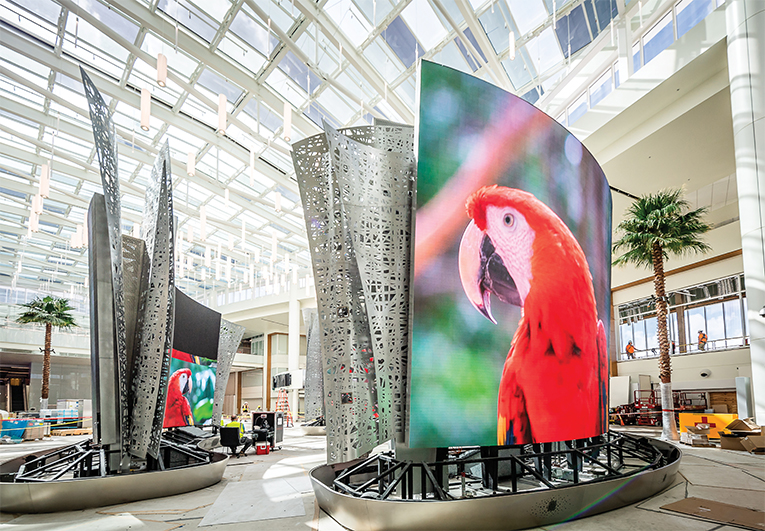 And growth is on the horizon. According to Ruohomaki, the new terminal is in its infancy. “We have master-planned 120 gates for the south terminal,” he says, adding the airport’s four runways are already equipped to handle from 80 million to 100 million passengers a year. That’s on par with annual traffic through Hartsfield-Jackson Atlanta International Airport, the world’s busiest airport.

With 11,600 acres, what Ruohomaki describes as the fourth-largest land mass among the 30 largest U.S. airports, “we’re ready to go for the future.” 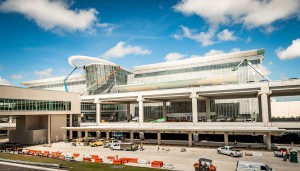 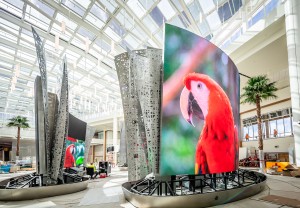 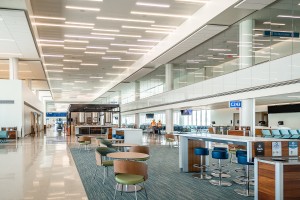 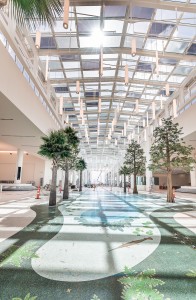 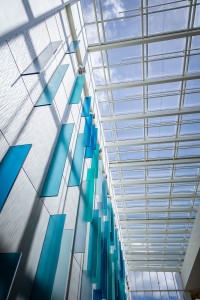 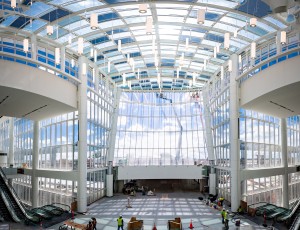 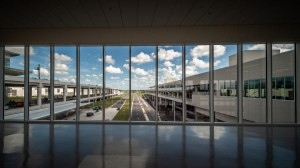 This article appears in the September 2022 issue of Orlando Magazine.
Categories: Business & Tech, News and Features
Tags: Airport, Kevin Thibault, MCO, Orlando
Want to read the whole issue? Download and read this issue and others on Magzter.