The Bride Sarita Pooja Gupta, 28, who goes by Pooja, is a real estate agent in Houston, Texas.
The Groom Varun Mittal, 29, owns a franchise business in Houston.
How They Met A mutual friend noticed how much Pooja and Varun had in common and thought they’d be perfect for one another. After an introduction, the couple emailed each other and shared phone calls for a month before meeting in Orlando in March 2011. “We clicked on the first date and the rest is history,” Pooja says.
Their Engagement Five months later, during a romantic getaway to Chicago, Varun popped the question. Says Pooja: “I think the most touching moment was after the proposal, he had arranged a get-together with our families and friends to continue the celebrations that same weekend. He knew exactly that I’d want to share such a happy occasion with them.”
Their Wedding The wedding planning was an event in itself. Both families spent weeks in India, shopping and preparing for the big day. The ceremony and reception were held in Orlando at the Gaylord Palms Resort and Convention Center.

"I loved having my family and friends around me for an entire week. I cherished every moment.” —Sarita 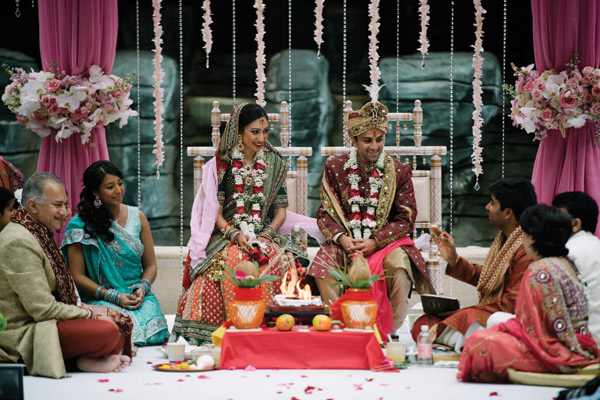 An auspicious fire was lit during the Hindu ceremony. 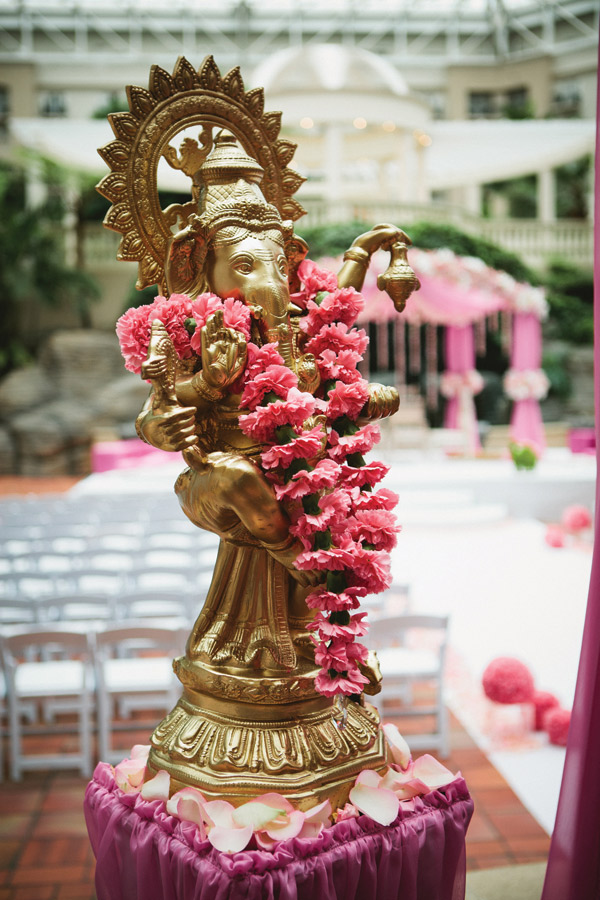 The Hindu god Ganesha symbolizes the removal of obstacles. 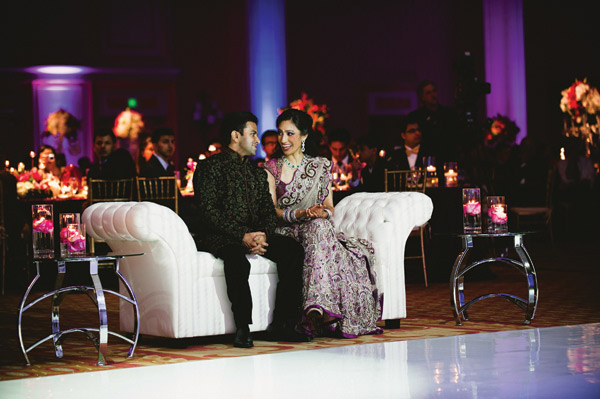 The couple relax during the reception, which included entertainment by singer Jeffrey Iqbal. 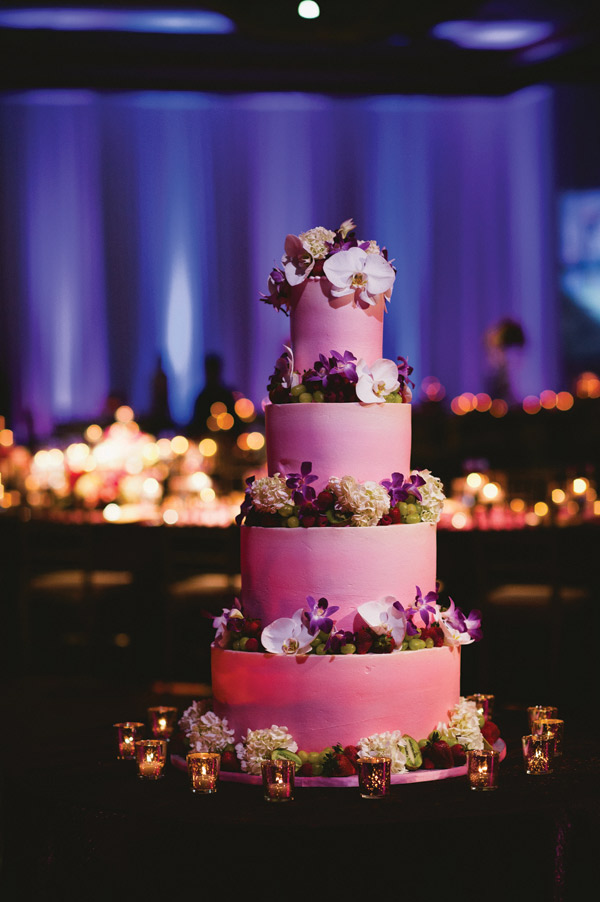 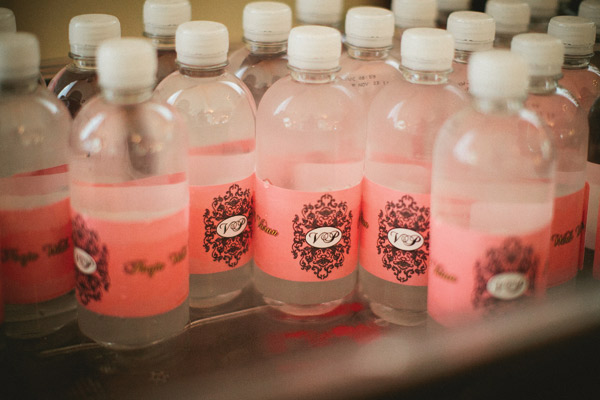 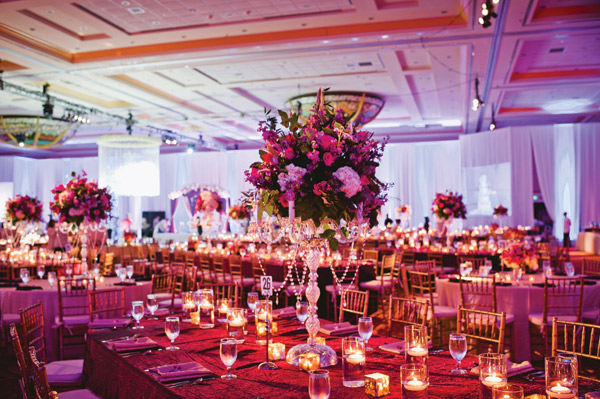 Reception tables were accented with floral and crystal centerpieces. 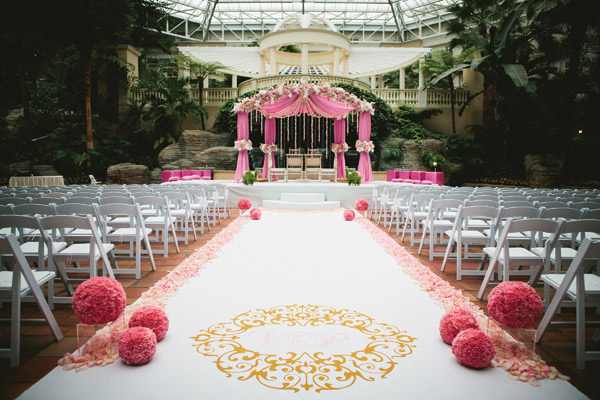 The wedding ceremony aisle and stage were customized with Varun and Pooja’s logo.