The new Bullitt Bar takes a shot at being a manly hangout.

The concept bar draws its attitude from the bad boy characters the late actor portrayed in such classic guy movies as Bullitt and The Great Escape as well as from the iconic images of Clint Eastwood’s rogue cop persona, Dirty Harry. In other words, this is not a place for sissies.

Stop by and have a beer or a highball—no girly drinks allowed—and check out the studly décor of brick, bullets and, what else?, babes. And, yes, those are real bullets embedded in the shattered glass on the bar, the work of local artist Eric Mendelsohn.

Hanging over the vintage leather muscle-car seats set on a raised platform are local artist Tra Dion’s vivid pop art pieces of Eastwood-esque iconic movie images (think “Go ahead, make my day”). Adding to the tough guy aura are a Triumph motorcycle, guitars and the rear chassis of an old van that’s been retooled into a super-cool beer cooler.

Guys, if you’re thinking about creating a man space at home, the Bullitt Bar provides inspiration, sans sports memorabilia and video equipment. However, any thought of using firearms in the motif is strongly discouraged.

One man’s dream to create a game room comes to fruition.

Tony Carita looked like he could use some advice while in the paint department of a local Home Depot last spring. Carita was struggling to pick a shade of chalkboard paint for his “man-ctuary,’’ a converted garage in his Orlando home, so I asked him if he needed help. He showed me some photos of the room on his cell phone, and together we chose a nice shade of gray that complemented the room’s faux brick wainscoting.

Even though his manly space wasn’t complete at that point, I could see from the photos that Carita was creating a place that a lot of men would love to have in their homes—where the man of the house can relax, watch sports on the 45-inch projection TV, shoot some pool and be quaff some brewskis with his buddies. It’s a space with no hint of feminine influence (although Carita does credit his girlfriend with the idea to use the brick-patterned wallpaper), a room where team logos and color schemes are considered decorator touches. I was intrigued, so I asked him to keep me posted on the room’s progress. He did, and now it’s complete.

Carita, 29, a business consultant with Integrated Business Group in Altamonte Springs, calls the room his “man cave” and says his favorite pastime there is watching college football. Carita was born and raised an Oklahoma Sooner fan and he attended Florida State University, so memorabilia from both schools dominate the décor. He also hosts a weekly pool-playing night with the guys, and got the idea to create a chalkboard after holding a pool tournament and discovering that he needed a place to keep track of the games. He simply repurposed an erasable marker board, painting the reverse side with chalkboard paint.

All the elements work together, unified by their testosterone-fueled manliness. The brick-look wallpaper encircling the room gives it substance and an appearance of depth and texture—chalk one up for a girl on that.

Dude, These Are So Cool

Here are other ways to add masculine touches to your décor: 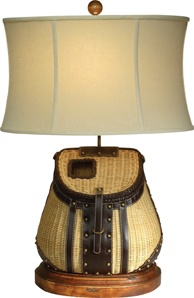 Fishing for Compliments: If you’re an angler, the Creel Creek lamp by The Natural Light is a great thematic hook for your manly space. The average price, which varies by retailer, is $775. The Natural Light lamps can be found locally at Robb & Stucky, Marge’s Specialties and Interiors on Morse.

Screen Gems: Roundtable Concepts in Lake Mary makes TVs with a variety of screen savers that range from superheroes to sports teams to rock bands. The televisions are available in LED and LCD high-definition models and prices range from $350 to $2,000; go to rtc23.com/aboutus.html for more information. 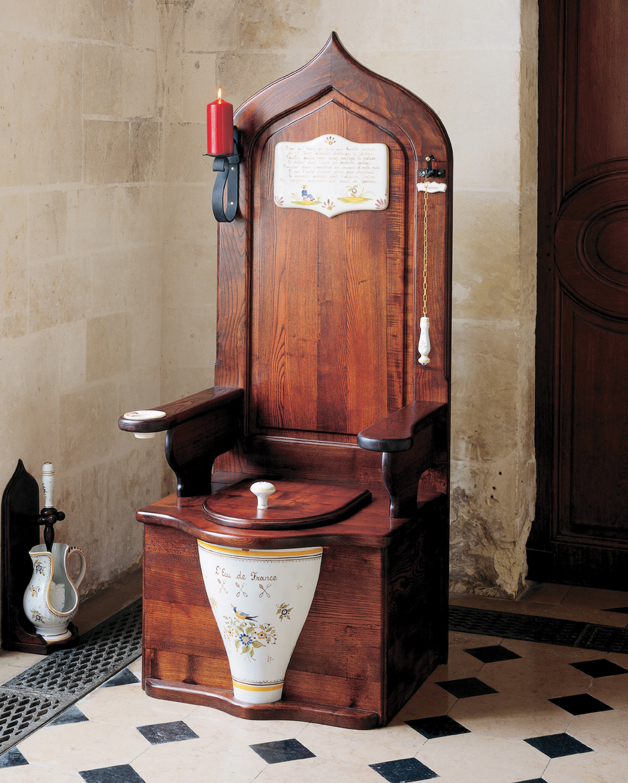 Royal Flush: The Herbeau Dagobert toilet can make a man feel as if a bathroom is truly  his castle. This throne-like masterpiece boasts armrests, a cast-iron candleholder and even an ashtray. Now all you’ll need is a flat screen TV and a magazine rack to complete this mini-man room. It retails for a hefty $13,574 and is available at Ferguson Bath, Kitchen & Lighting Gallery in Orlando.

This article appears in the October 2010 issue of Orlando Magazine.
Categories: Fashion & Shopping