Achieving the upper crust of pizza-making. 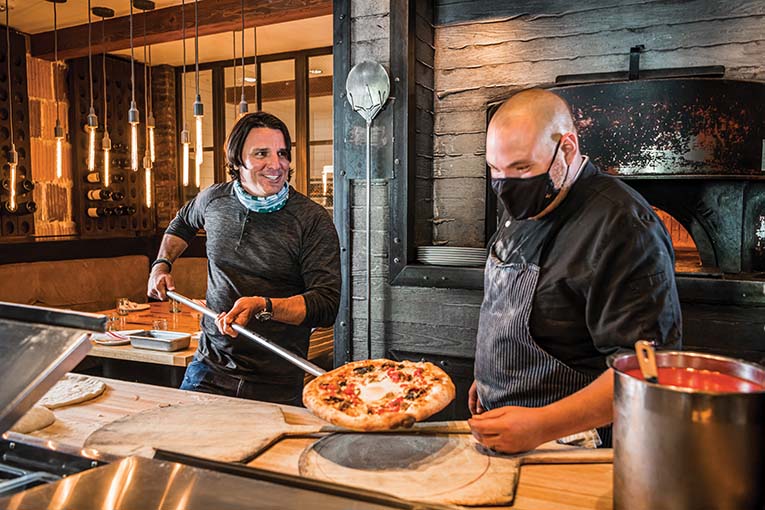 Prato Executive Chef Brandon McGlamery knows pizza. He’s traveled to the Amalfi Coast and to Naples, Italy—believed to be the modern birthplace of pizza—to research sauce-laden slices. He’s touched down in New York, Chicago and Los Angeles to study the qualities of many a pie. And when his eight-year-old Winter Park restaurant, Prato, was still a seed unplanted, he experienced a eureka moment while tasting the handcrafted pizza crust at L.A.’s Pizzeria Mozza by celebrity Chef Nancy Silverton, a James Beard award winner known for popularizing sourdough and artisan breads in the United States.

“Prato was in the back of our minds,” McGlamery says. “And I said, ‘This is the crust we have to attain!’ I had a pizza that transformed me and, really, it was what became the benchmark of what we started to shoot for at Prato. I knew if I could understand this thinking and bring it to Orlando, they’ll get it. They’ll love it. And that’s what I did.” 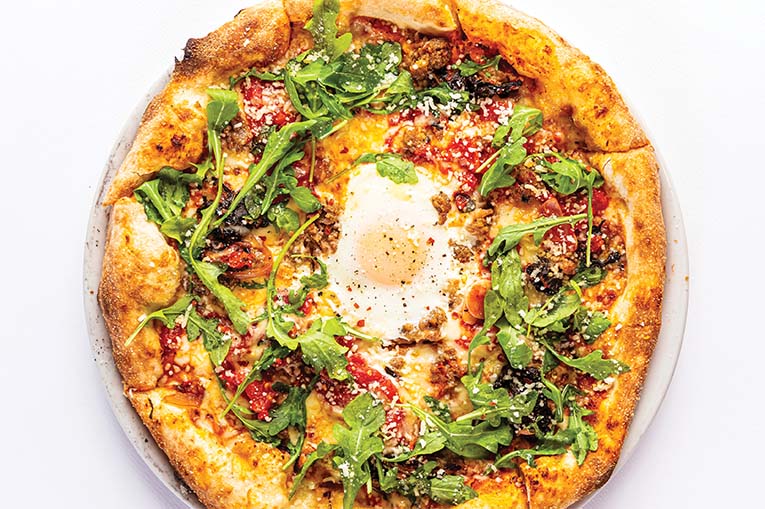 He brought it, they came, and have been coming back since for one of six or so wood-fired pizzas typically on the Prato menu, which also features market-fresh antipasti, specialty pastas, entrees, desserts and more. The “cult-fan favorite” Prato pie, McGlamery says, is the Widowmaker, a pizza coated with a hazelnut romesco sauce, cavolo nero (Tuscan kale), fennel sausage and a farm egg. Prato’s top seller is the Margherita pie with passata di pomodoro puree, fior di latte mozzarella and local Genovese basil. Also among the most popular is the Fiorentina with arrowhead spinach crema, Volpi Speck—an air-dried cured ham—and a creamy Northern Italian fontina fontal. Visit during truffle season when those treasured black and white fungi add delicate dimension to a Prato pizza.  Order a side of Prato Meatballs with roasted tomato, cipollini agrodolce—it’s a sweet tradition for many.

The reputation of his own pies notwithstanding, McGlamery humbly offers unsolicited kudos to a pizza craftsman across town whom he admires—Chef Bruno Zacchini of Pizza Bruno.

“I think Pizza Bruno rocks,” he says. “I go there with my family, and I’m humbled to be in the company of Bruno. He has such a great sense of style.”

Besides that, competition is a good thing, he says. “I thrive on it. It makes us push ourselves harder and raises the bar for what we do.”

Ask McGlamery if he has a pizza philosophy, and he’ll tell you that “pizza’s a hard subject—beauty is in the eye of the beholder. It’s a craft. My suggestion is to go find that pizza maker [you love] and support him.” prato-wp.com

This article appears in the November 2020 issue of Orlando Magazine.
Categories: Home Page Features, News and Features
Tags: bracket, challenge, Orlando, pizza, pizzeria, runner-up
Want to read the whole issue? Download and read this issue and others on Magzter.