Pizza Bracket Results: Meet the Others in the Superb 16

Meet the Others in the Superb 16 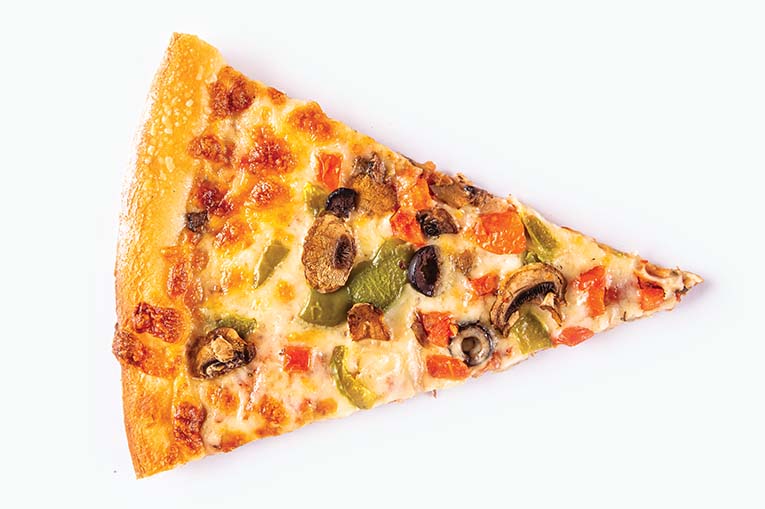 Twenty-two years after its debut in a refurbished former car repair shop along Summerlin Avenue, Anthony’s Thornton Park remains a neighborhood favorite. Their Upside-Down Pizza is always a good option, with provolone cheese and homemade sauce topped with fresh basil, parmesan cheese, and extra virgin olive oil to give it just the right amount of flavor. Owner Eri Lulo sees their Bianca pizza as the go-to crowd-pleaser. “This specialty pizza has mozzarella, ricotta, and parmesan cheese with fresh garlic and olive oil. No sauce needed,” he says. For takeout or delivery alternatives, their DIY pizza kits include everything you need to make an Anthony’s Thornton Park original pizza right in the comfort of your own home. anthonyspizza.com 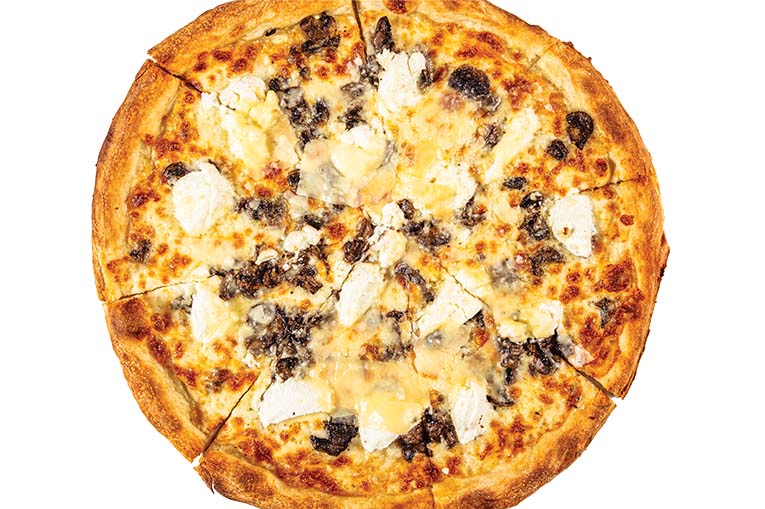 Chef Francesco Aiello’s mouthwatering creations at his Maitland restaurant are many—from lasagna Bolognese to sautéed calamari. But none are better than his pizzas, baked in a wood-burning oven at 700 degrees until the perfect leopard-spotted charred crust has been achieved. The deceptively simple “Italiana” is bursting with the flavors of mozzarella and romano cheeses, plum tomatoes, pesto, basil and garlic. And the “Bomba” is an abundance of riches, with pepperoni, sausage, mozzarella, ham, grilled zucchini, grilled eggplant, roasted red peppers and spinach. Francesco’s was recently inducted into Orlando magazine’s Dining Hall of Fame, while Aiello was the readers’ choice for Best Chef in our 2020 dining awards poll. francescos-rist.com 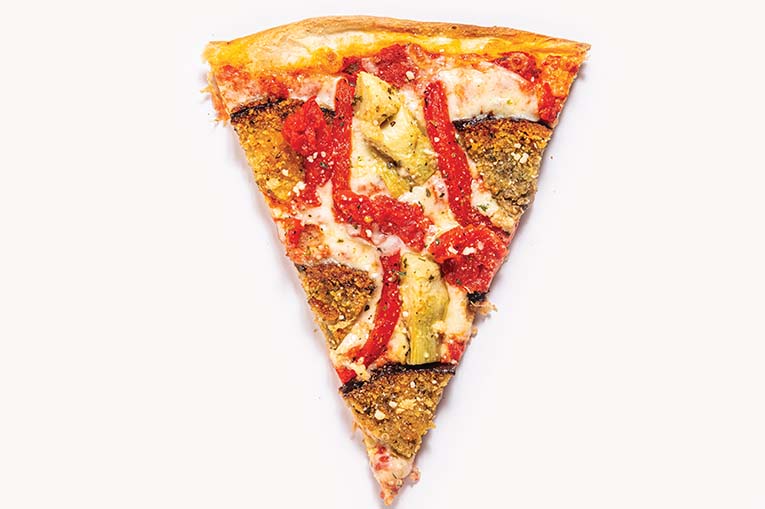 When Italian twin brothers from upstate New York, born and raised in the restaurant business, decided to follow in their family’s footsteps, the Orlando area gained an authentic pizza parlor in Cafe Paisano. In 2006, Michael and John Verdon opened their doors in Longwood. As a nod to Sicilian pizza styles from the old country, they top the super thick crust with an extra helping of homemade tomato sauce that is so tasty you might not even notice the generous helping of mozzarella cheese. The 16-inch Sicilian and the 28-inch Jumbo Cheese pizzas are so popular with regulars, you can also buy them by the slice. cafepaisano.com 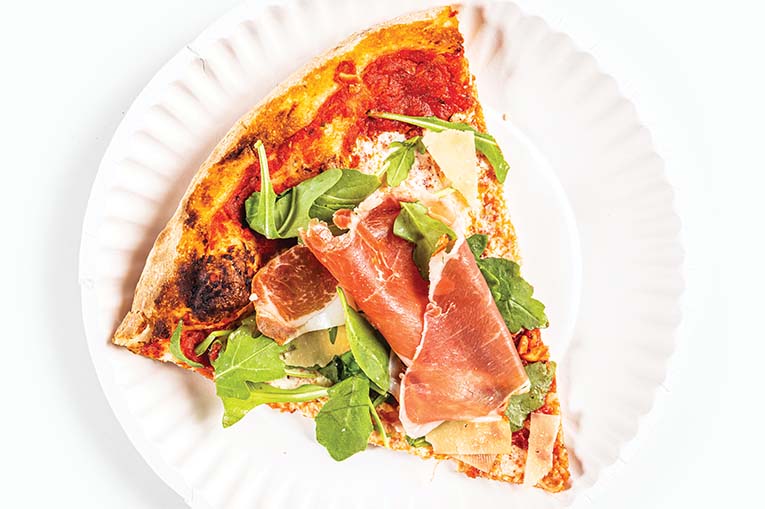 Fresh mozzarella, San Marzano tomatoes, and flour that is flown in from Italy bring authentic flavor to the pizzas at Fresco Cucina, located on Turkey Lake Road. “We get the best ingredients we can from Italy,” says the owner, Achille Scialoia. “All of Italy’s special ingredients, cheeses, tomatoes, and so on [are] what make our pizza authentic.” At Fresco, family-owned and operated for 16 years, Scialoia credits the wood-fired pizza oven as the traditional touch that gives his pizza some extra love. “Our pizza oven definitely makes the pizza special. It cooks it just the right way,” he says. frescoorlando.com 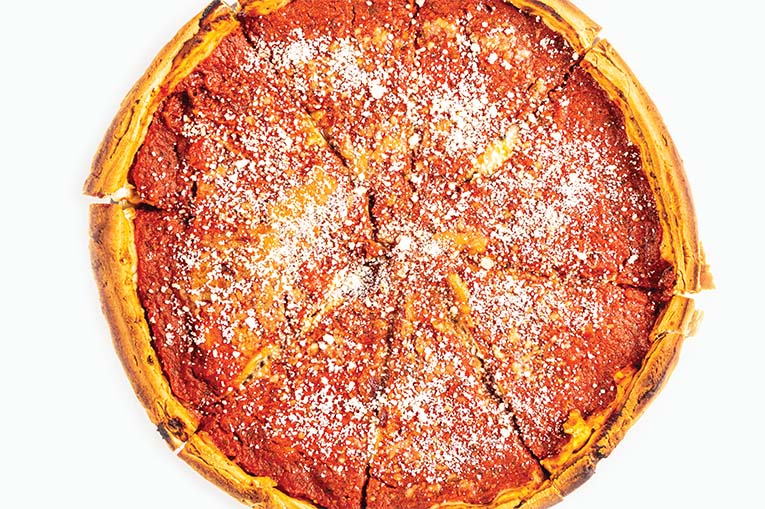 Pizza as…casserole? You bet. While pizza purists often balk at the idea of Chicago-style, deep-dish pizza, fans consider it in a class by itself. For the uninitiated, Chicago-style pizza is more pie than any other slice you’ll have. Both deep-dish, with its high sides, and stuffed pizza, with its double crust, qualify as examples. Giordano’s offers the latter, with fillings sandwiched between tender crusts and sauce covering the top. Where did this invention of decadence originate? In The Windy City to be sure, but its creator remains a mystery. Some attribute it to Pizzeria Uno, while Lou Malnati’s also stakes a claim. Regardless of its origins, Giordano’s takes decadence to new heights with stuffed pizza—literally. Love it or hate it, one thing’s for sure: You won’t leave the table hungry. giordanos.com 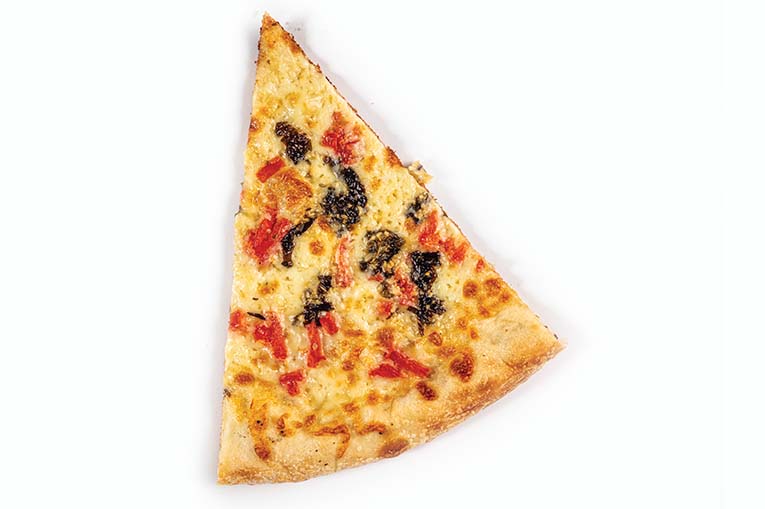 Within the five Central Florida NYPD Pizza locations that Jeff Longo owns hang step-by-step instructions on how to “correctly” eat their jumbo pizza slices—the likes of which New York City is famous for. “You try to cut the pizza with a knife and a fork, I’ll kick you out,” he jokes. “You pick it up and fold it over so you get the nice sauce and cheese in the middle.” Besides the slice size, Longo says he infuses a taste of The Big Apple into his pizza dough by using a triple filtration system to mimic the crisp, clean water that he’s accustomed to in New York. “That’s where it really starts,” he says.  nypdpizzeria.com 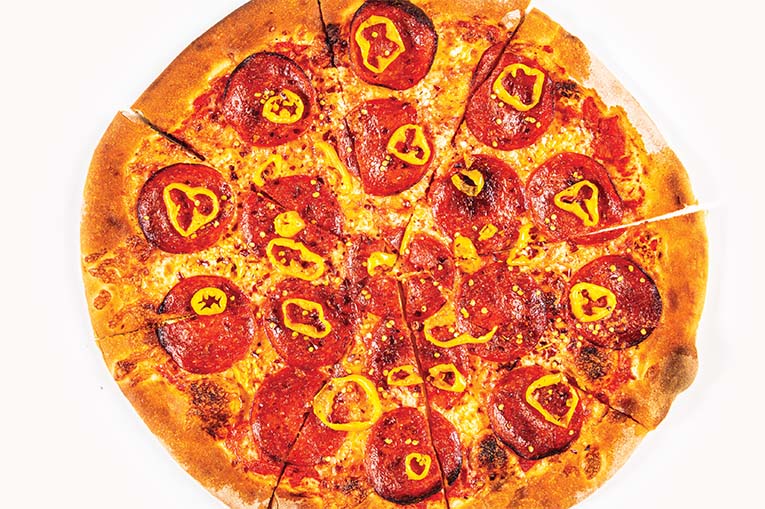 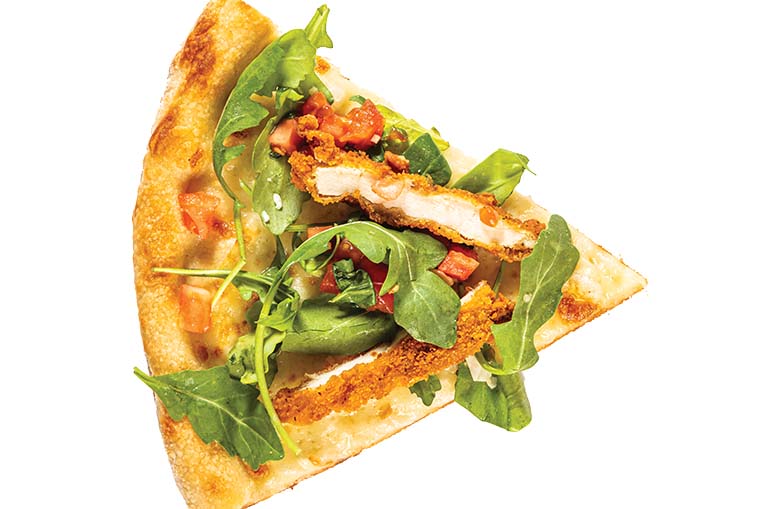 Elizabeth and Jonny Gegaj were 19 and 21 years old, respectively, when they opened Tomasino’s New York Pizzeria in downtown Orlando. They’d longed for the neighborhood pizza shops they frequented in their native New York City. Twenty-one years and three additional locations later, and Tomasino’s wait staff still wears fedoras and greets guests with “Welcome to the Family,” as doo-wop and Motown music plays in the background. That family touch extends to the pizza. The Gegaj’s four kids’ favorite dishes bear their names on the menu, such as the Joncarlo’s Exclusive VIP Pizza—stuffed with ham, salami, provolone, pepperoni, sausage and meatballs—named after their youngest son. A fan favorite, Joe the Distributor—a meatball Parmesan pizza—is named after Joe Amorini, their food vendor and close family friend. tomasinospizza.com