Grab a paddle and explore Shingle Creek, the headwaters of the Florida Everglades.

Ten miles east of Walt Disney World lies a different world altogether. On Highway 192 past strip malls, big-box stores and kitschy souvenir shops (there's one even shaped like a giant orange) is Shingle Creek Paddling Center, so unexpected that our first time going, we missed the driveway. My family of six, including my 65-plus parents, my husband and our two young children, was greeted by a friendly staff. Eyeing my rambunctious three-year-old, they recommended a kayak over a canoe for stability. A tandem kayak can seat two adults and two children, with a smaller seat connected to each adult seat, and rents for $32 for two hours. We brought our own cooler, and the staff supplied us with life jackets, whistles and a dry box for wallets and cell phones. 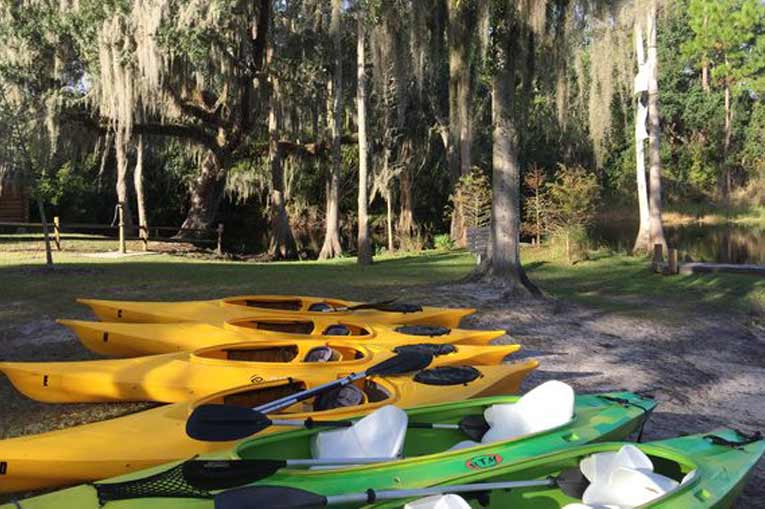 Shingle Creek is considered the headwaters of the Florida Everglades. If you've been to Orlando in the spring, summer or early fall, you know that it rains every day—to the tune of 80 inches per year. That water pours into Shingle Creek, which begins just south of Orlando near the Rosen Shingle Creek Resort and the Ritz-Carlton and JW Marriott Grande Lakes, where it flows into Kissimmee's Lake Tohopekaliga, then into the Kissimmee River system where it feeds into the Everglades.

Much of what you picture the Florida Everglades to look like—droopy Spanish moss, palmetto forests, cypress trees, birds and alligators—you will see on a trip down Shingle Creek. 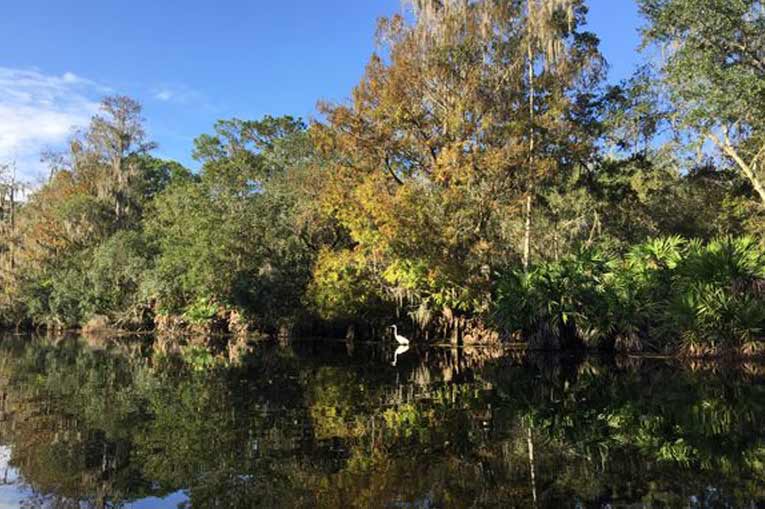 From Shingle Creek Paddling Center, the trail runs north and south. We opted for the southern route, about 1.5 miles long downstream with 27 markers to track our progress. My 5-year-old took on the role as navigator, proudly spotting and shouting out each number along the way. While paddling through calm, open waters that mirrored the sky, we admired an osprey, a white heron and turtles soaking up the sun.

Soon the creek narrowed, meandering through a labyrinth of cypress trees and knobby cypress knees. At one point near marker 26, our kayak split two trees only a few feet apart. In this prehistoric-looking forest, we felt like the creek's first navigators, like no man had gone before us. 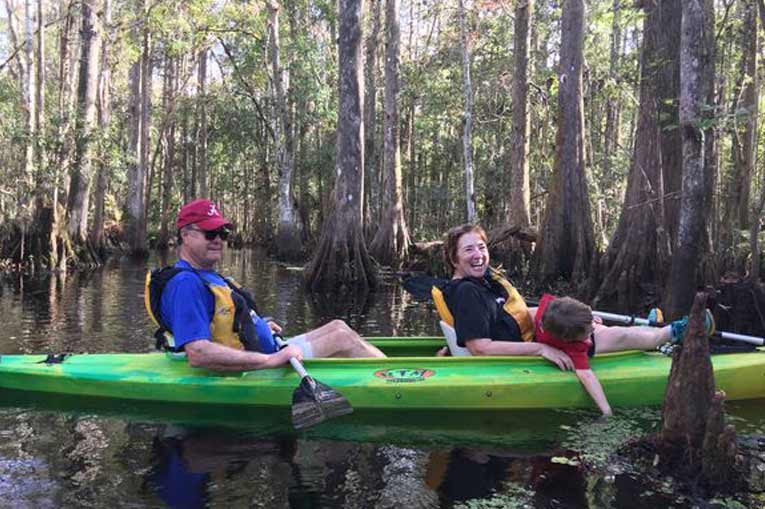 At the trail's end, we turned back and paddled upstream. We encountered a lone fisherman and a small group of kayakers, and overhead a vintage military plane from Warbird Adventures zoomed by. We made it back to the paddling center after a leisurely 90-minute ride, the kind you take when you're sharing the paddle with a three and five-year-old.