Writer Jennie Hess recalls the long and winding road to love with her husband of 30 years, Walter Benjamin. 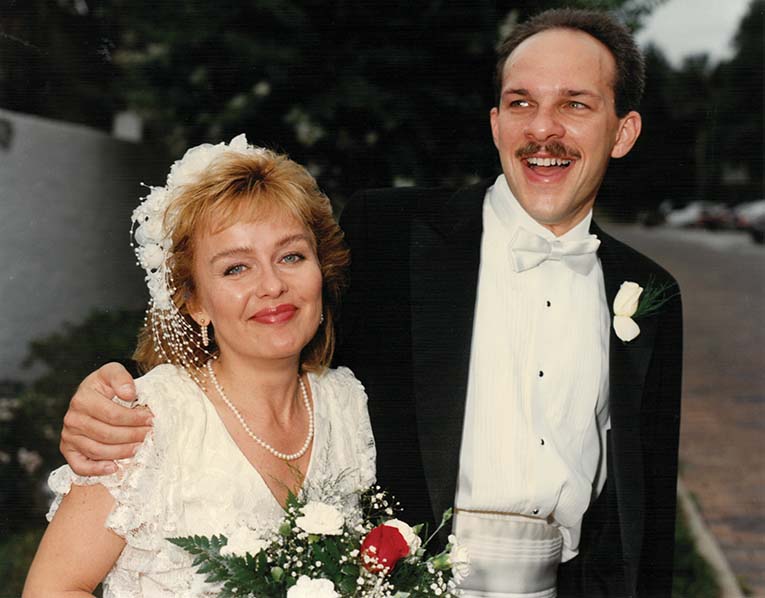 Jennie Hess and Walter Benjamin on their wedding day in 1990. (COURTESY OF JENNIE HESS)

We began as ships passing. Years later, just as the stars began to align, destiny was interrupted. It took three-quarters of a decade for our love story to gather momentum.

It began in 1981 in Gainesville, where I had moved from York, Pa., to live with two roomies in an old, off-campus apartment while attending the University of Florida.

Walter Benjamin, a Jacksonville native, lived in the adjacent apartment building. He still recalls the springtime, windows-open clatter of my IBM typewriter as I pounded out assignments for my journalism classes. One day when he saw me—Farrah Fawcett hair, short-shorts and all—in our shared parking lot, he said “hi,” and I helloed back. That was our first and last conversation for many years.

While he remained to finish law school, I graduated and launched my career as a journalist.

Four years and two newspaper jobs after that first “hello,” I moved to Orlando as a Florida-based correspondent for The Atlanta Journal-Constitution. I wrote stories about alligator hunts and a wild animal retirement village, sponge divers and political races. I chased hurricanes, and I briefly met Margaritaville’s own Jimmy Buffet at a cheeseburger-in-paradise, Key West campaign party for his friend who was running for mayor, the colorful saloon keeper Captain Tony Tarracino.

In 1987, I purchased my first home. My career was on track, and my biological clock was ticking. 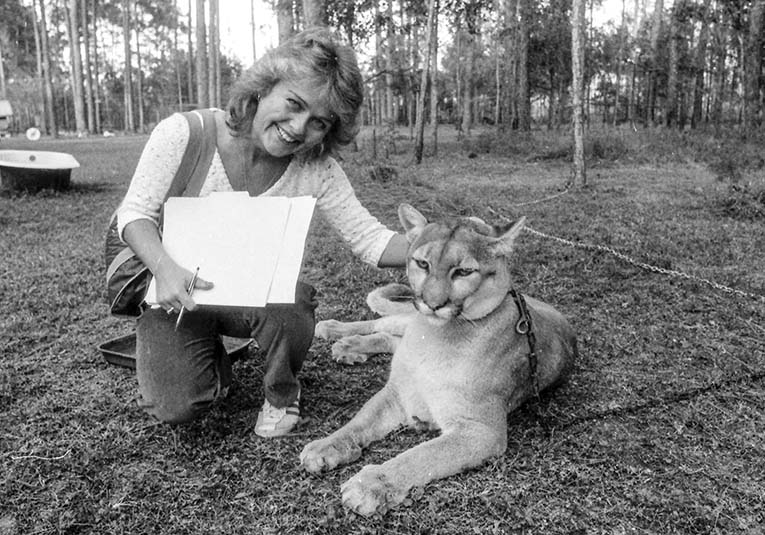 Jennie Hess on assignment in the 1980s. (TOM BURTON)

The launch of Operation “Happily Ever After”

With no romantic prospects in sight a year later, I decided it was time to focus on romance and the possibility of starting a family. In July, I decided to take out a personals ad in the Orlando Sentinel—the 1980s version of eharmony or Match.com. I wrote: “Petite blue-eyed blonde seeks non-smoking, fit, unattached male who enjoys books, movies, and the great outdoors. Send photo.” Or something like that. I bought a post-office box around the corner from my home. The deluge began soon after.

“Read first while it’s hot!” was scribbled across one envelope stuffed with an earnest note along with photos of a Harley and a speedboat. The letters—more than 100 of them—rolled in for weeks. One guy, a prison inmate, got right to the point: He could show me a good time (as soon as the shackles were off) with the generous trust fund left by
his grandma.

Most of the letters were heartfelt. Some of the photos were funny—snapshots of men who had carefully snipped away the outlines of former significant others. As the torrent of replies slowed to a trickle, I chose three promising prospects.

The first was a pastry chef with the nicest smile who prepared a memorable three-course dinner for me. The second was a gregarious filmmaker who was a blast on the racquetball court. The third was a lawyer from a silk-stocking firm who promised a dinner date soon.

Destiny intervenes in the summer of 1988

One evening, a nice couple in my neighborhood asked me to join them at a homeowner’s association meeting. We showed up and voiced our concerns. And as we stood up to walk home, an attractive man in a three-piece suit approached me, handed me his business card and said, “You’re the girl from Gainesville with the MG, right?” He said he had spotted me recently, driving my red Nissan Pulsar near his new home.

I didn’t remember him. To be fair, he and I had exchanged simple “hellos” seven years earlier in that Gainesville parking lot. (As he read this story for accuracy, Walter asked me to share this next bit): “Of course I remembered you from Gainesville. I’d see you several times a week. I thought you were beautiful. I wanted to talk to you again, but I thought you were out of my league.” He loves to tell our story, and it always makes me blush.

His seven-year transformation from bearded, flannel-shirted student to clean-shaven, polished attorney was extreme. As it turned out, we had purchased our first homes within two short blocks of one another. Mere coincidence?

I liked what I saw, and the chance of his finding me so many years later was too remarkable to ignore. So we set a date for lunch. But at the appointed hour, he stood me up. What might have been written in the stars collapsed into a black hole of disappointment.

He called later to apologize. There were excuses. I was not impressed.

And I still had options. My personals-ad lawyer had booked a dinner date at a Winter Park restaurant that I was eager to try. The evening began with promise, but by dessert, that first-date thrill was almost gone. As we prepared to depart, the sound of live music drifted down from the restaurant’s second floor. I went for a Hail Mary, grabbing his hand and coaxing him up the stairs for a dance. He played along, albeit reluctantly.

That’s when kismet put its foot down. 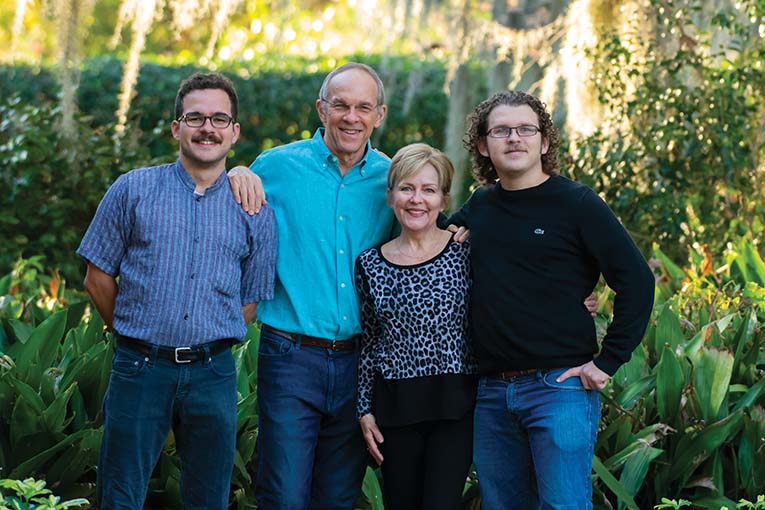 A family photo with their sons, Nathan and Sam. (SAM BENJAMIN)

At last… my love has come along

I couldn’t believe it. Walter Benjamin was on the dance floor, living it up at the Jewish Singles party my dinner date and I had just crashed. Walter and I laughed at the improbability of a third chance meeting, and then we danced. My date danced with another.

The stars finally had aligned seven years after Walter and I shared our first brief “hello.” Providence, destiny, or some bit of magic had drawn us together again. He invited me to an outdoor reggae concert the next weekend, and our first date went off without a hitch. Bob Marley’s “Three Little Birds” became infused with new meaning.

We dated and fell in love. ​In 1990, we married in the picturesque courtyard of the Maitland Art Center. Two years later, our first son, Nathan, was born. Within another two years, our second son, Sam, had arrived.

I’ve been married for 30 years now to one of the kindest, smartest, funniest guys I know. I adore him. We’re sometimes of different minds, but much more frequently on the same page. We still love to dance. Lately, we’ve rediscovered our bikes and spend free time exploring Central Florida’s trails. Our sons, each pursuing their own passions, give us enough joy to feed our souls for years to come. Our combined Hess-Benjamin families complete the treasure trove of love we share.