The honors included two first-place Charlie Awards for illustration and cover design for the March 2017 Community Angels cover and the May 2017 Dining Awards front, with the magazine sweeping the category for Best Traditional Illustration. Writing awards went to Michael McLeod for “The Healing,’’ a look at the Orlando community one year after the Pulse tragedy, and to dining critic Joseph Hayes for his stories and reviews in the Dine section. Photo editor Roberto Gonzalez won a Silver Award for his photo of a local butcher, while designer Denis Vargas garnered a top award for his design of a Burger Battle advertising promotion. An online video of poet Billy Collins also received a Bronze Award.

The awards were presented Friday night at the FMA’s annual Charlie Awards banquet, held at the Hilton Orlando Bonnet Creek.

Dine: Tale of the Taco; A Baker's Dozen; Third Time, Another Charm

Story of a Butcher 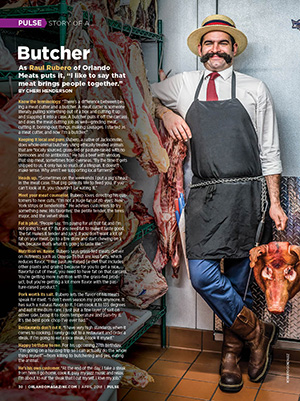 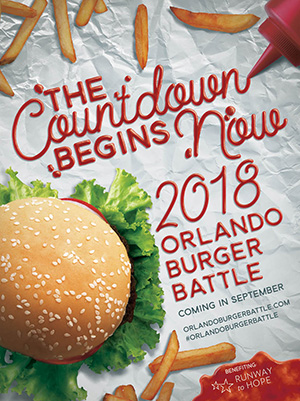 Categories: News
Tags: Charlie Awards, Florida Magazine Association
Want to read the whole issue? Download and read this issue and others on Magzter.