Orlando Is The 2022 Spring Break Destination

There’s plenty of excitement going on in Orlando, and it extends far beyond March Madness and Spring Break. 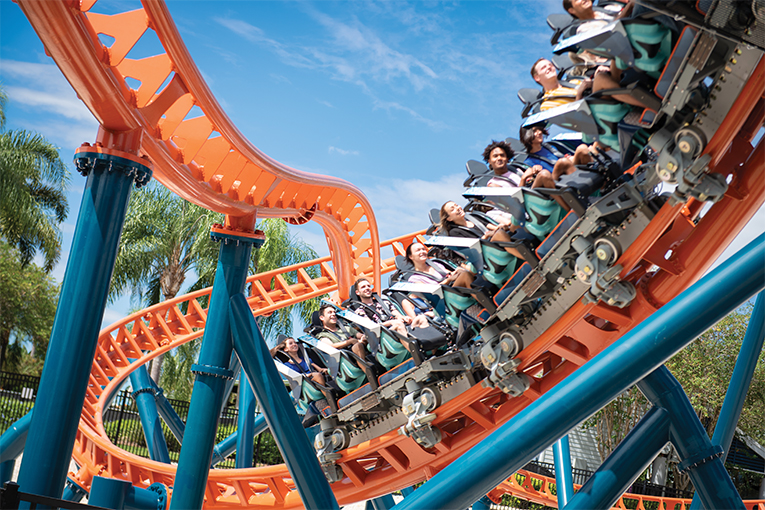 The steepest beyond-vertical drop in Florida can now be found at SeaWorld. The Ice Breaker coaster features four airtime-filled launches, both backwards and forwards, that culminate in a 93-foot-tall spike with a 100-degree angle—it’s literally a new twist you’d be hard-pressed to find anywhere else.

But that’s not all: The coaster, named after icy Arctic summits, will continue to take your breath away, as riders fly over a near-vertical top hat maneuver into a series of seemingly never-ending twists, turns and hills. You’ll definitely want to use your Quick Queue on this one!

In conjunction with the Ice Breaker, SeaWorld has entered into a new partnership with the Alaska SeaLife Center, a research, rescue, rehabilitation and education facility. More information will be released in the coming months, but among the programs Alaska SeaLife is known for is a bird rescue that responds to wildlife impacted by oil spills and studies into the biochemistry of Stellar sea lions. seaworld.com/orlando