In the beginning, there was surf, sand, and scrub. 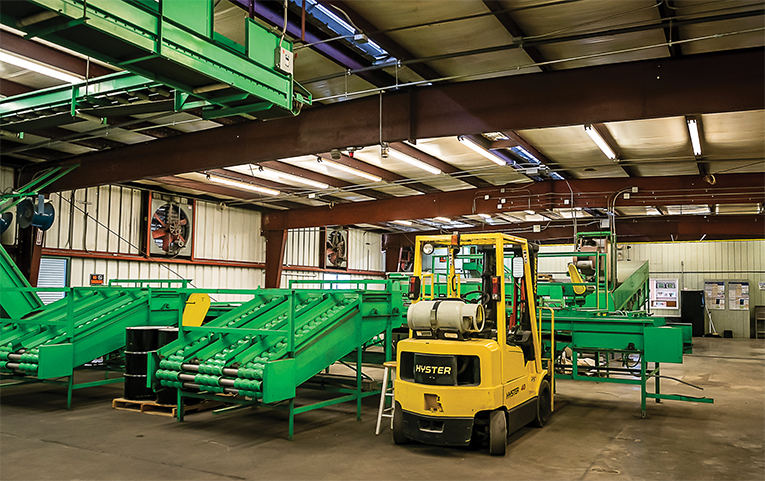 Old citrus packing equipment is sold off to make the transition to hemp farming. (ROBERTO GONZALEZ)

Tourism, of course, took the surf, which was Florida’s ultimate calling card. Sand not at the beach belonged primarily to orange and grapefruit trees. Citrus thrived on arid, hilly, sandy soils. Oranges, the old growers said, don’t like wet feet. Lake, Orange, and Polk counties, in particular, had the perfect soils and became the center of the state’s billion-dollar-plus citrus industry.

The scrub, of which there were countless acres the farther inland one went, was good for cattle grazing and other crops, particularly sugarcane to the south, vegetables along the north shores of massive Lake Apopka and livestock in Osceola County.

That simple formula held for decades and decades as Florida’s pleasant winters attracted visitors fleeing ice and snow, filling up the hotels and motels along the Atlantic and Gulf coasts, from Jacksonville and the Panhandle to the Keys.

But as winter turned to spring, the hordes would return home, Florida’s stifling heat and humidity too much for only the hardiest of souls to bear.

Agriculture sustained the state’s economy in the non-tourist times.

But then air conditioning came along — window units in the 1950s and central cooling in the 1960s — making Florida habitable year-round. People started flocking to the state, and the groves, pastures, and fields slowly began sprouting tract homes and strip shopping centers.

Now, there’s nary an orange in Orange County, much less the rest of Central Florida.

Also gone are the corn, tomatoes, and other vegetables grown for decades along the banks of Lake Apopka. They disappeared during the late 1990s when the state bought nearly 20,000 acres of cropland for $160 million. The reason for the disappearance? To stop the nitrogen and phosphorus pollutants from farming that were running into the lake and killing it.

Right now, the pastures of east Orange and Osceola counties are filling up with housing and commercial development at a pace akin to a drought-infused wildfire.

Yet, believe it or not, agriculture remains the second largest industry in Florida behind tourism, with smaller niche crops like strawberries, blueberries, peppers, seafood, squash, leafy greens, and others becoming all the rage with the farm-to-table push in restaurants and supermarkets. 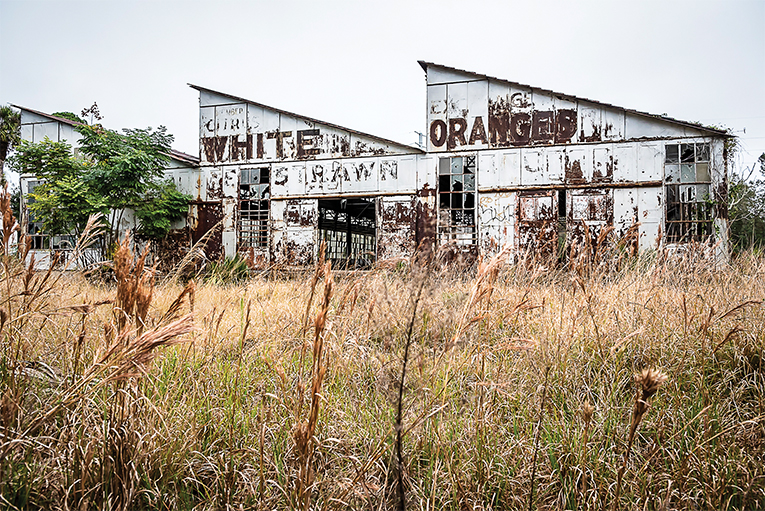 The Covid pandemic severely threatened that movement because it forced many restaurants to close or severely restrict their sales. The state Department of Agriculture and Consumer Services tried to fill the void by creating a website to connect growers with customers large and small.

The agency also helped push Florida products, from oysters to strawberries, into state prisons and school districts. Spokeswoman Stephanie McClung said the website is currently being engineered to create an online farmer’s market.

Brick Street Farms, a leafy green grower based in St. Petersburg, survived Covid by selling its produce directly to customers. At the same time, its restaurant clientele struggled to get through the pandemic, said Madeline McNaughton, the company’s director of business development.

The one Florida crop that has largely escaped the onslaught of development is sugarcane, which remains a force down south and is the largest producer of that crop in the nation.

Sugar, it seems, is always in demand. It also helps that the land where it is grown — around Lake Okeechobee and the Everglades — is swampy and remote.

Medical marijuana and hemp products became increasingly popular and legalized in 2014 and 2016. Florida’s medical cannabis sales came in at an estimated $1.3 billion in 2020. That ranked the state third in the country for cannabis sales.

The Treadwell family of Umatilla in Lake County is one of the long-time agriculture families that switched to marijuana, leaving their indoor foliage tropical plant business after 41 years. They saw the growth potential in marijuana and the chance to sell a product that could reduce the pain and ailments of their customers.
“We want to serve our community. It may sound pollyannaish, but it’s true,” said Jammie Treadwell, who runs the production side of Treadwell Farms.

Converting the hemp into a variety of CBD ointments, gels, and ingestibles such as gummies is done at an old fresh fruit packing plant once owned by the Faryna family. The Farynas maintained and managed several thousand acres of groves back to the 1970s.

The Farynas opened the plant in 2001 under the name of Sunsational Citrus. At its peak in 2008, the family shipped over 250,000 cartons of fresh fruit while employing 30 people nine months out of the year.
But a citrus disease called greening started taking hold in the region shortly after the turn of the century. Once a tree is infected with greening — caused by a vector-transmitted pathogen — there is no known cure other than uprooting the grove and replanting.

Many growers decided it was easier to sell than start over. Jackson said it could cost growers $6,000 an acre to tear out a grove and replant, then must wait a few years before the trees mature enough to produce salable fruit. But they could sell that same acre for $50,000 for residential or commercial interests, depending on the location.
“Rest assured, economics plays a big part in it,” Jackson said.

For the Farynas, greening meant the Sunsational Citrus plant had less and less fruit each year.

“Everything was kind of unraveling… I couldn’t convince anyone to plant a (new) grove,” said Brian Faryna, who was running the plant.

By 2019, the Farynas reluctantly closed the plant. Now they operate Sunsational Farms, an Umatilla agri-tourism/retail business they opened with long-time friends Bill and Dru Baker. They still maintain a small citrus grove and sell fresh-squeezed orange juice, a variety of citrus and lemons, hydroponic-grown strawberries, and other vegetables.

Brian Faryna sees the new business as a reminder to people that citrus once constituted a way of life in Florida.
“A lot of people,” he said, “don’t really know what the citrus industry was.”

This article appears in the September 2022 issue of Orlando Magazine.
Categories: News and Features
Tags: citrus, farming, history, Orlando
Want to read the whole issue? Download and read this issue and others on Magzter.