Chelsea Talmadge of Netflix's "Stranger Things'' grew up in Orlando. A part in the Fringe Festival has drawn her back home.

Playing a bully on the hit Netflix series Stranger Things came naturally to Chelsea Talmadge, maybe because she was once a victim of bullying herself.

In the show, her character Carol teased and tormented the main characters. Meanwhile, Talmadge says she was bullied at an Orlando middle school when she started missing classes to go to acting auditions and perform in theater shows around town.

“The school got mad and the kids got jealous so I got a lot of hate from my peers,” she says. “I definitely struggled with the bullies.”

In 2015, she sent an audition tape for the show, reading for the part of Barbara (Barb), an unpopular teenager who wound up capturing many fans’ hearts and becoming an Internet legend. But when Talmadge arrived at the callback in Atlanta, they told her she’d be auditioning for Carol, a character that earned her tons of hate mail.

She decided to embrace the part, hoping it would shed light on the issue of bullying and enjoying the challenge of playing a role so different from herself.

“Playing the mean girl, it’s so difficult to be likable and also want people to hate you,” she says. “It’s hard balancing the two.” 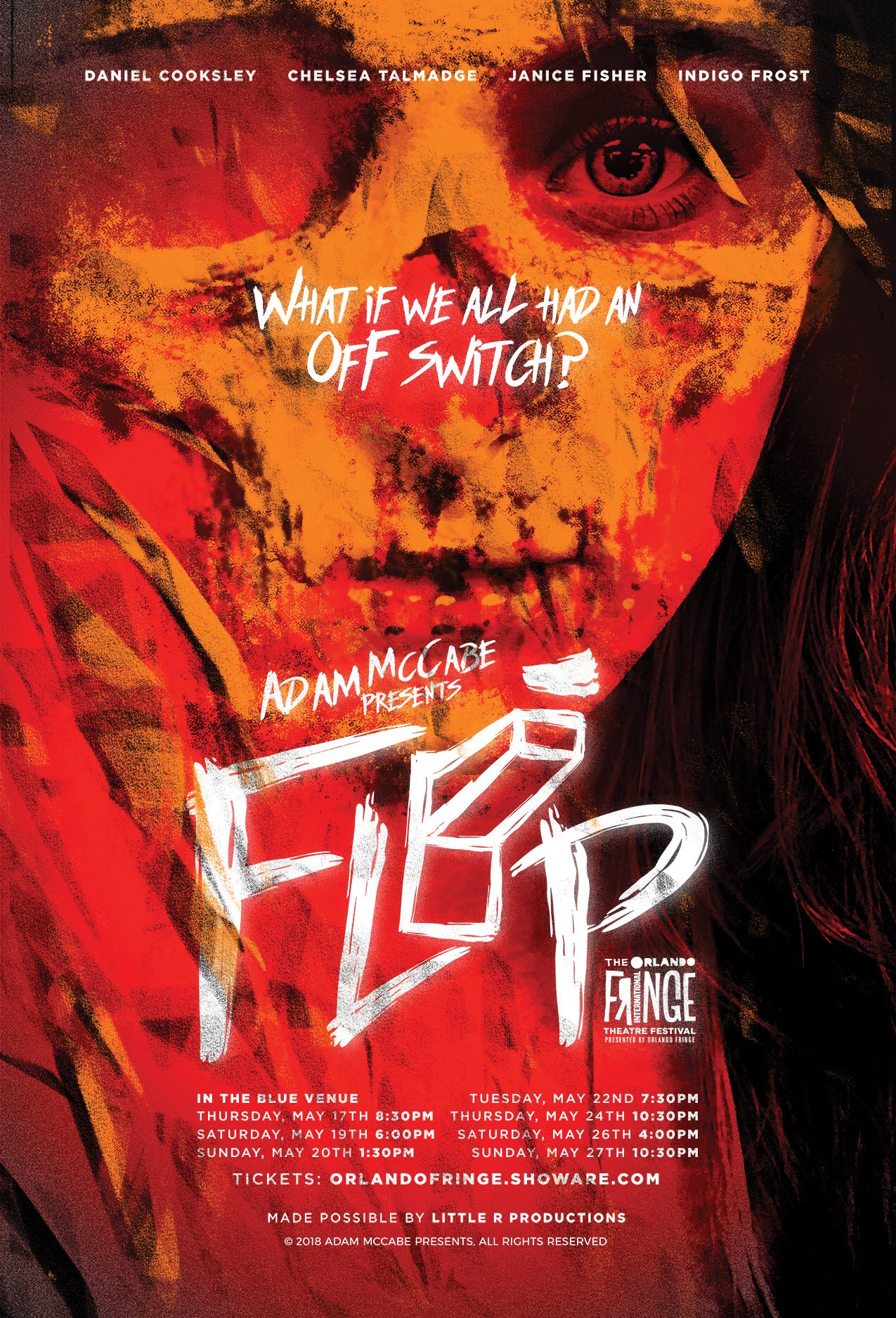 ​Talmadge will once again go against her bubbly, happy-go-lucky grain when she plays Mallory in Flip, a dark science-fiction satire about a modern American family, at the Orlando International Fringe Theatre Festival May 15-28. In the production, Mallory is a teenager in a world where every human has a “kill switch,” making it terribly convenient to end other people’s lives. The writer and director, Adam McCabe, says he and Talmadge had been longtime friends. He knew she’d nail the part.

“You can tell she’s incredibly motivated and passionate about her craft,” he says. “She added dimension to the character that I never thought of as I was writing it.”

Talmadge lived in Los Angeles for four years after high school before landing roles in Stranger Things and Still the King, staring Billy Ray Cyrus, in the same year, which meant flying back and forth between Atlanta and Nashville. Last year she snagged a role in AMC’s Halt and Catch Fire, which films in Atlanta and chronicles the computer revolution of the 1980s. Now the 24-year-old self-proclaimed homebody says she wants to return to Orlando permanently, traveling for work when needed.

“I have a life here and a family and a boyfriend,” she says. “I love Florida, it’s home. It just feels very warm and welcoming here, which may be just the Southern charm in me.”

Talmadge grew up performing on Orlando stages, first at the since-closed Starlight Dinner Theater at age 12, then at the Helen Stairs Theater (now Wayne Densch Performing Arts Center) and the Orlando Repertory Theatre. At age 17, she started working on shows at Walt Disney World and Universal Studios Orlando.

“I’ve been singing and dancing at the top of my staircase since I was four, which is what my mom would tell you,” she says. “I love to entertain and put a smile on people’s faces but at the end of the day, I think acting is a way of giving people a voice when they don’t have one and being able to tell their stories in a way that people will sit and watch and listen. I’m really thankful for what I do.”

Talmadge hopes her next job will be a feature film, which will mean less moving around. She also says she wouldn’t mind being a villain again.

“Being someone who’s polar opposite [from myself] for a few months out of the year is fun, and then I get to come back home and be nice to everybody,” she says.