The partnership between PNC Bank and the Dr. Phillips Center is a natural fit. 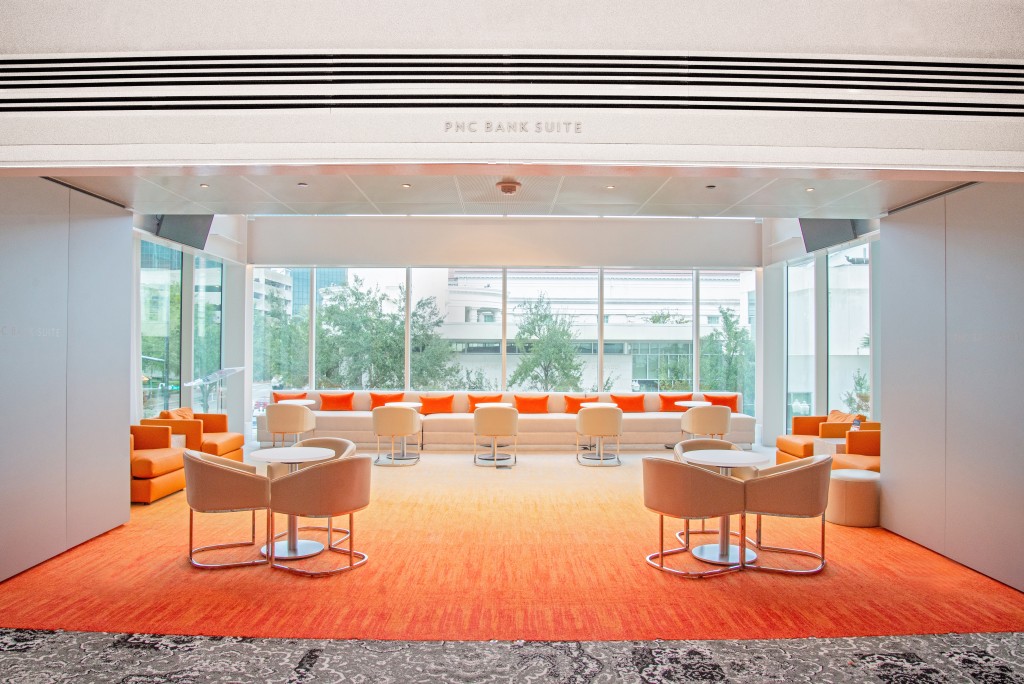 It led to PNC’s official entitlement sponsorship of a hospitality suite located right next to the newest theater at Dr. Phillips Center, Steinmetz Hall.

“We’ve always gravitated towards the arts at PNC, so it just makes sense to us,” said Chad Loar, PNC’s Regional President in West and Central Florida.

PNC’s relationship with Dr. Phillips Center began in 2014 with a grant from the PNC Foundation for Project WoW, a preschool initiative carried out across underserved schools in Orange County that integrates science and arts into existing curriculums.

The internationally renowned classical ensembles of the Chicago Symphony, Philadelphia Orchestra, and Cleveland Orchestra will bring their incredibly moving sound to Steinmetz Halls in January and February 2023—an experience traditionally only available in places like New York City’s Carnegie Hall. 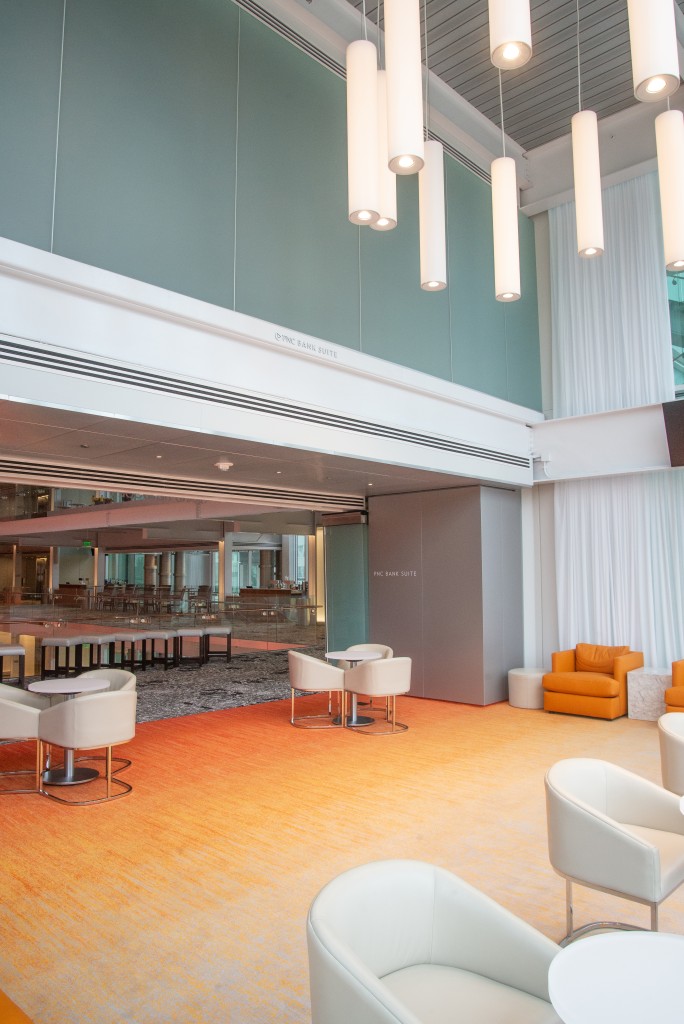 “That [Wow} was the entryway into Dr. Phillips Center, and since then, to see the evolution of it—it’s such a beautiful gem,” Loar said. “We’re lucky enough to be right across the street from it. But we’re big believers at PNC, knowing what cultural organizations like the Dr. Phillips Center can do for our community.”

“Bringing folks together. Extremely educational in outreach programs. It’s a multi-million economic machine there for local and non-local jobs.”

Ditto for the leadership team at Dr. Phillips Center.

“We want to align sponsors with our business brand that brings in between 60,000 and 80,000 people to our building,” said Kathy Ramsberger, President & CEO of the Dr. Phillips Center for the Performing Arts. “It’s not just about the impressions, it’s about those sponsorships. And it’s great to be on the same side regarding community impact. It’s important to them, and it’s important to us.”

The suite opened in mid-October, and PNC officials could not be happier with the partnership. The goal is simple: The respective leadership teams at PNC Bank and the Dr. Phillips Center plan on working together to build even more impactful programs and touchpoints that benefit people from all walks of life.

“It’s going to be a lot of fun to be the official sponsor of the Dr. Phillips Center,” Loar said. “What a beauty Steinmetz Hall is. It’s already one of the great concert halls in the world. We’re looking forward to the partnership we have with them for many more years.”

“Why would we not want to partner with that amazing gem we have downtown?”