Naples is a paradise for beach lovers, foodies, and outdoor enthusiasts. And you just might be visited by a dolphin or two.

The solitary dolphin had come out of nowhere, plying the choppy waters of Naples Bay late in the afternoon, looking for an audience. And it found one—the handful of people aboard our coastal-fishing boat heading back to port. The angling had been so-so because of inclement weather, but the show we were treated to for the next 10 minutes was unforgettable, as the magnificent creature followed alongside the boat, repeatedly jumping for joy. 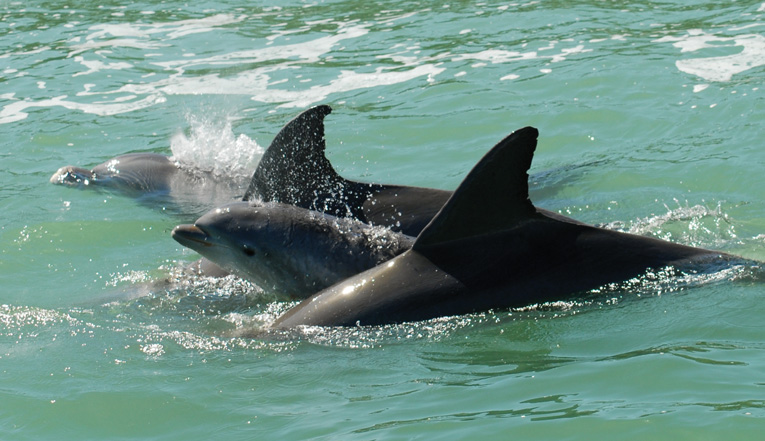 Turns out, there’s a great deal of joyful moments awaiting you in Naples—whether it’s enjoying pristine Gulf beaches, out-of-this-world cuisine, luxurious accommodations, a charming, sophisticated downtown, or a botanical garden that is truly a revelation. For visitors, this southwest Florida gem is really a tale of two cities—the beach and the Fifth Avenue district—that are worlds apart but just a five-minute drive from each other.

First, the sun-and-sand part of what’s known as Florida’s Paradise Coast: If you want to capture what a beach vacation is all about, look no further than the Edgewater Beach Hotel, right on the water and boasting 125 roomy suites with magnificent views. Enjoy champagne and cookies on arrival, but eventually you’ll want to move out to the sand and onto your luxury beach bed, where all food and cocktail needs are taken care of by an attentive staff. As the afternoon wanes, take a dip in the pool or grab a libation at the deck bar, then have a seat beside the fire pit, where you can watch the sun set and, if you’re lucky, catch a glimpse of the green flash (see below). 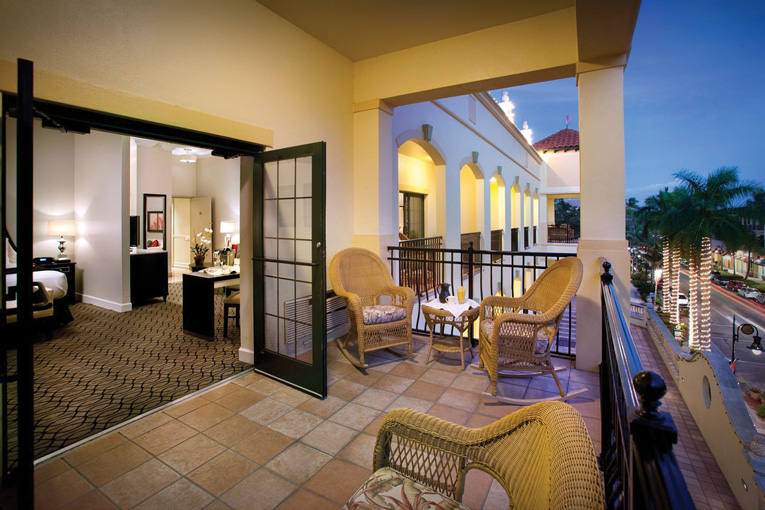 A room at Inn on Fifth opens out onto the city’s signature avenue, with three dozen restaurants within walking distance (COURTESY OF HOTEL)

For dinner, check in at Coast restaurant, where the views are prime and the jumbo lump crab cake is a memorable delight. Good news for this summer and fall: For stays through October 31, Edgewater Beach is offering a Florida resident special of 25 percent off, plus a $25 resort credit (edgewaternaples.com).

Moving east into downtown, just a short drive or bike ride from the beach, you encounter the upscale magic of Fifth Avenue. Central Floridians who travel to these parts will immediately think of Park Avenue in Winter Park—only transported 200 miles to the southwest. For here, in the heart of Naples, you are ensconced in a world brimming with fine dining and shopping —35 restaurants and 52 shops in a five-block area.

Making a big mark on the culinary scene is Chef Vincenzo Betulia, whose restaurants, The French and Osteria Tulia, are magnificent Fifth Avenue hotspots. The French boasts a diverse array of entrees, from coq au vin and bouillabaisse to creations like local roasted red snapper and duck a l’orange. But perhaps no offering is more breathtaking at this bustling eatery than the escargots de bourgogne, served in an enormous puff pastry that is almost too beautiful to break into. But you will, and with mouthwatering enthusiasm. Virtually across the street is Osteria Tulia, where Betulia crafts an array of Italian culinary artworks, from pizzas to pastas, all served in a convivial—or shall we say joyful—atmosphere.

Where to make your base on this avenue of delights? Choose Inn on Fifth, a boutique hotel with rooms and suites overlooking the avenue (innonfifth.com). Prepare to be pampered with a spa treatment or spend time at the rooftop pool. Or you can upgrade the experience by staying at one of the Inn’s 32 club level suites across the street from the main hotel. There, the amenities include a private concierge lounge and rooftop terrace. And you’re just steps from Ocean Prime, a beautifully appointed branch of the restaurant chain featuring a superb lineup of seafood, steaks and sushi (as well as towering slices of carrot cake like none you’ve ever seen). 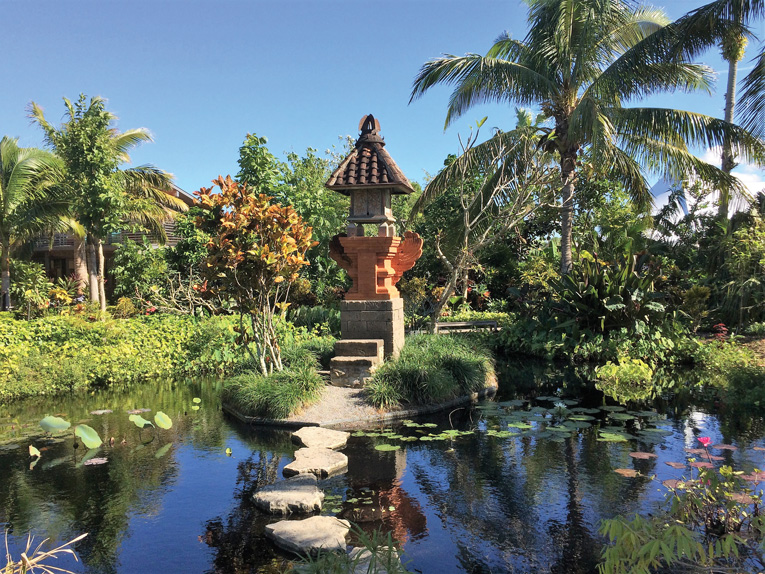 Heading south from town, a must-visit spot is Naples Botanical Garden, which could easily vie for the title of most remarkable undiscovered gem in the entire state. Half of the 170-acre expanse is further divided into areas that showcase trees and botanical collections of various regions, including the Caribbean, Asia, Brazil and, of course, Florida. The rest of this bit of paradise is a wetlands and nature preserve. There’s an area especially for children, and sculptures of animals are scattered throughout the garden, adding to the peaceful setting.

Finally, there are those dolphins. Your best bet to see them is hopping on an excursion with Pure Florida, which sails from Tin City marketplace (where you can enjoy a grouper sandwich at Pinchers eatery before heading out). Pure Florida offers all manner of fishing and sightseeing expeditions, and the families of dolphins that live in the waters around Naples may just decide to extend a memorable greeting. A joyful prospect indeed.

PLAN YOUR TRIP
Start your adventure at paradisecoast.com. That’s the visitor bureau site, where you can get details on Naples, as well as nearby Marco Island and the Everglades.

WAIT…THERE’S MORE!
As if Naples proper weren’t enough, you’re also near Marco Island, the resort barrier island of pristine beaches that’s famous for its incredible shelling. East of Naples is the Everglades, and there are chances aplenty to discover this one-of-a-kind expanse, whether paddling in a kayak or skimming along on an airboat tour. paradisecoast.com

ARTS PARADISE
Artis-Naples is the local hub of visual and performing arts. The Naples Philharmonic offers extensive masterworks and pops series here at Hayes Hall, and the complex is also home to the Baker Museum. A recent gallery exhibit featured a fascinating collection of posters from French students’ protest of the de Gaulle regime in 1968. artisnaples.org

SEEING GREEN
If you’re on the beach at sunset and the skies are cloudless, look toward the horizon and you might see the “green flash’’ just as the sun dips into the sea. The optical phenomenon related to refraction of light in the atmosphere causes the sun’s upper rim to flash green for a second or two. Conditions have to be just right. If you see it, consider yourself extremely lucky.

MEMORABLE MOMENTS
Enjoying a cocktail atop Inn on Fifth’s rooftop terrace while listening to a community band play nearby. Dozing off on a beach bed at Edgewater Beach Hotel. Feeling the calm that a stroll through the Asian garden brings at Naples Botanical Garden. Wondering what’s going through the mind of one of the planet’s most intelligent animals as it frolics alongside your boat.