In our May issue, we outlined some favorite books, game and streaming options to help you from going stir crazy. We’re back with more. 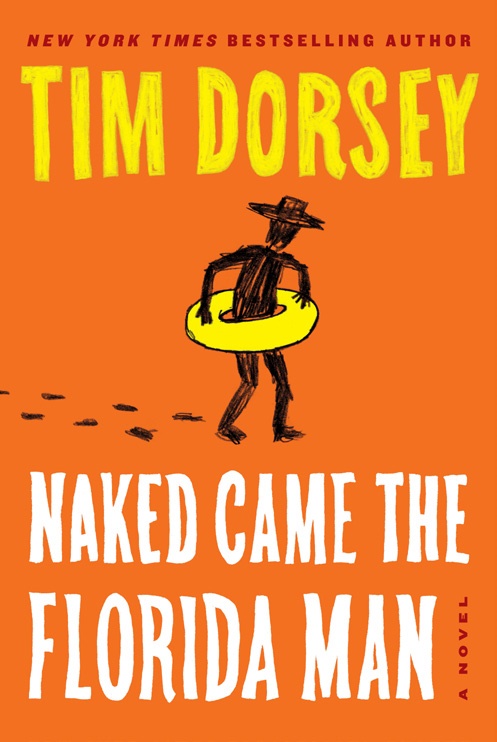 COMPLICATED LOVE NEW: In Anne Tyler’s latest novel, Redhead by the Side of the Road, middle-aged Micah has discarded the chaos of his large, messy family in favor of organization and routine. But the self-described Tech Hermit’s life is disrupted when the teenage son of a long-ago college girlfriend turns up on his doorstep and his longtime girlfriend subsequently dumps him. Tyler seasons her tale with signature wit and more than a little rue.

CLASSIC: Many of Jane Austen’s characters are blithely unaware, perhaps none more so than the eponymous heroine of Emma, her 1815 comedy of manners. A precocious and self-satisfied 20, Emma Woodhouse has a misplaced belief in her own matchmaking abilities. Romantic misadventures ensue when she attempts to match her friend Harriet Smith with the snobbish local vicar Mr. Elton and ignores the advice of her neighbor and friend Mr. Knightley.

FREAKY FLORIDA NEW: Naked Came the Florida Man is the appropriate title of Tim Dorsey’s latest entry in his long-running series of comic crime capers featuring the psychotic Storm A. Serge
and his stoner buddy Coleman. This time, the two brave Hurricane Irma in the Keys as part of their cemetery tour/road trip. After paying homage at the grave of TV star Flipper, they head north to Palm Beach County and a haunted sugar cane field to investigate a creepy urban myth. Or is this Florida Man for real?

CLASSIC: Carl Hiaasen came up with the template for crazy Florida crime fiction with his 1986 novel Tourist Season. The satirical mix of dark comedy and absurd violence begins with a Shriner’s fez washing up on a Miami beach, which is soon followed by the discovery of a suitcase in a canal containing the almost-legless body of the chamber of commerce president. Business and government honchos fear word of the deaths will hurt tourism, and they don’t even know yet about rogue newspaper columnist/eco-terrorist Skip Wiley, a plot to kidnap the Orange Bowl Queen, and a very hungry crocodile. 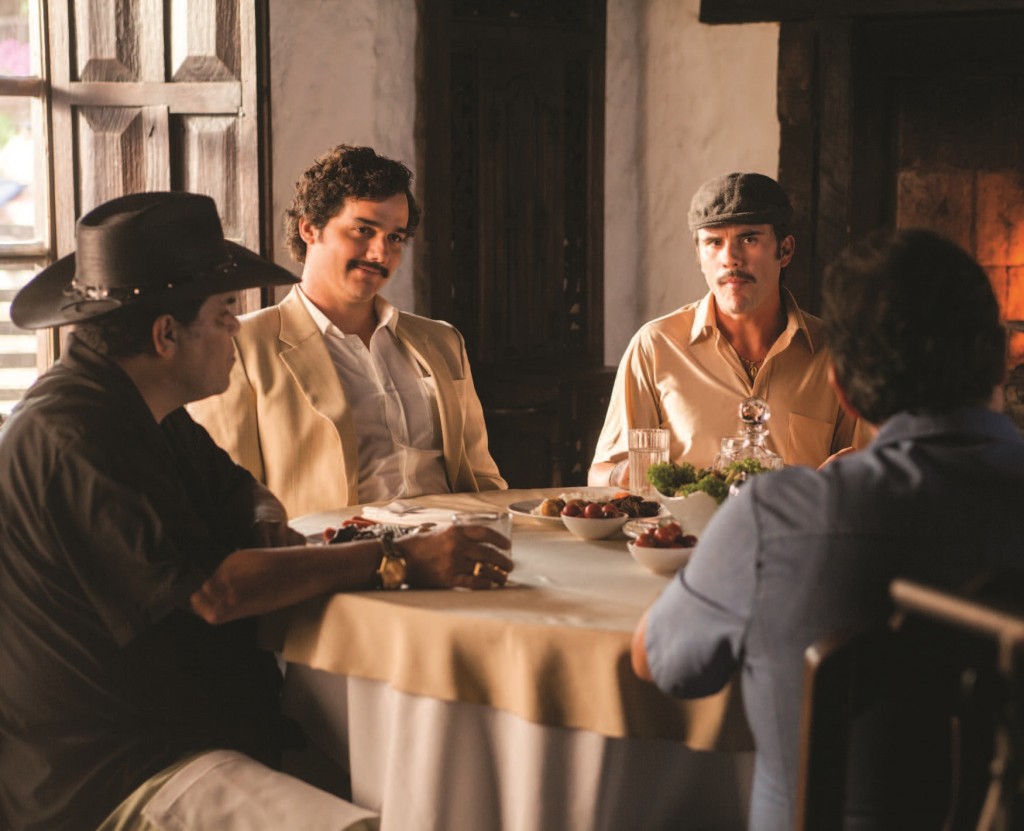 Select streamers and a couple of hidden gems.

NARCOS: A must-watch drama series on Colombian and Mexican drug cartels, based on historical events. Great characters, locales and filled with real-life brutality in the narco world. Netfllix.

BLACK MIRROR: One of the more disturbing series around, this is a British collection of scenarios about technology taking over our lives. Episodes range from a woman interacting with a synthetic version of her late boyfriend, to a programmer able to enter a Star Trek-like version of an online game and order his co-workers around. Netflix or get the season 4 box set.

SCHITT’S CREEK: After their riches evaporate in a fraud scandal, the Rose family is forced to relocate to a small, unpretentious town they had bought as a joke. Their dealings with the down-to earth locals are priceless. This is a comedy series that warms your heart the more you watch. Netflix or catch up on seasons 1 and 2 with this box set.

TAMPOPO: This 1995 Japanese comedy has two truck drivers helping a restaurant owner in her quest to make the perfect noodle because hers “lack character.’’ Highlighted by additional hilarious vignettes on food obsession, the film has been dubbed the first “ramen Western.’’ YouTube.

HIGHWAY PATROL: A golden oldie TV series from the late 1950s, with the wooden Broderick Crawford heading up an agency of state troopers who investigate robberies, kidnappings and drug cases (but not many traffic offenses). There are lots of shots of drivers screeching along in grand old Buicks and two-bit criminals saying “coppers.’’ YouTube or get the season 1 box set.

SUPER MARIO PARTY (2018, NINTENDO SWITCH): Another entry for the Mario Party franchise, Super Mario Party lets four players compete against one another in different mini games in a tabletop board game format. This game has other modes besides the board to enjoy.

OVERCOOKED 2 (2018, PC, NINTENDO SWITCH, PS4, XBOX ONE): Cook together a storm. Welcome four other players into your crazy virtual kitchen to prepare a meal together by chopping, boiling, sauteing, and throwing food at one another.

JACKBOX GAMES/PARTY PACKS (2014-2019, PC, NINTENDO SWITCH, PS4, XBOX ONE): These packs of games vary by Party Pack but they are all so fun. Up to eight people can play, and others can join in the “audience” in most of them. Games like Fibbage, Drawful, Trivia Murder Party, and Quiplash will have you laughing till your sides hurt. (May require a paid online subscription).

MARIO KART 8/DELUXE (2014, 2017, NINTENDO WII-U, SWITCH): Mario Kart 8 for the Wii-U and Deluxe for the Switch are highly competitive and addictive racing games using most of the main stars of Nintendo. With several modes and customizations to choose from.

BORDERLANDS 3 (2019, PC, NINTENDO SWITCH, PS4, XBOX ONE): Keep the kids out of the room for this one. A first-person shooter, it’s chock full of humor and wit while engaging the players with a ton of unique and varied weapons, four character archetypes to play as, and big and wide locations to explore on the wild Planet of Pandora. The local split-screen multiplayer is fun and helpful in a hard stage.

DROPMIX (2-6 PLAYERS): By the creators of Guitar Hero and Rockband video games, this game is all about the remix. It uses RF cards on a pad connected to a phone or tablet device to play music. Each card has the lyrics, drums, guitar, keyboard, bass, or tempo of a song. With many modes to play, it’s fun to DJ new songs.

BALDERDASH (2-6 PLAYERS): This board game has players offering their definitions of obscure words or identification of little-known people, objects, dates, etc.— whether they know them or not. There’s lots of bluffing. Fun to play with know-it-alls (to show them they don’t know it all).

PRIVACY (3-10 PLAYERS): Everyone has a dirty little secret. Players get “Yes!” and “No!” tokens and a guessing counter, then a player reads a question and all players need to answer truthfully by placing a token in the voting box. After everyone votes, all players have to guess how many players answered yes and then all “Yes!” tokens in the voting box are counted. The closest numbers get points and the first to 21 wins.

RUMMY (2-6 PLAYERS): You can never go wrong with a simple deck of cards. This age-old game is fun and can be challenging. By making matched sets of cards by value (called a run) or kind (a meld), the players discard their hands until one player is out of cards. The rest of the players count the cards in their hands and the point value goes to the player who ended the round.