Mickey & Minnie’s Runaway Railway Is Open at Walt Disney World, and You Should Hold Onto Your Mouse Ears

There’s a brand new attraction at Disney’s Hollywood Studios, and we’re not talking about anything to do with Star Wars. Mickey & Minnie’s Runaway Railway opened to great fanfare earlier this week, and the ride is worth the wait! What do we mean by that? Read on to find out! 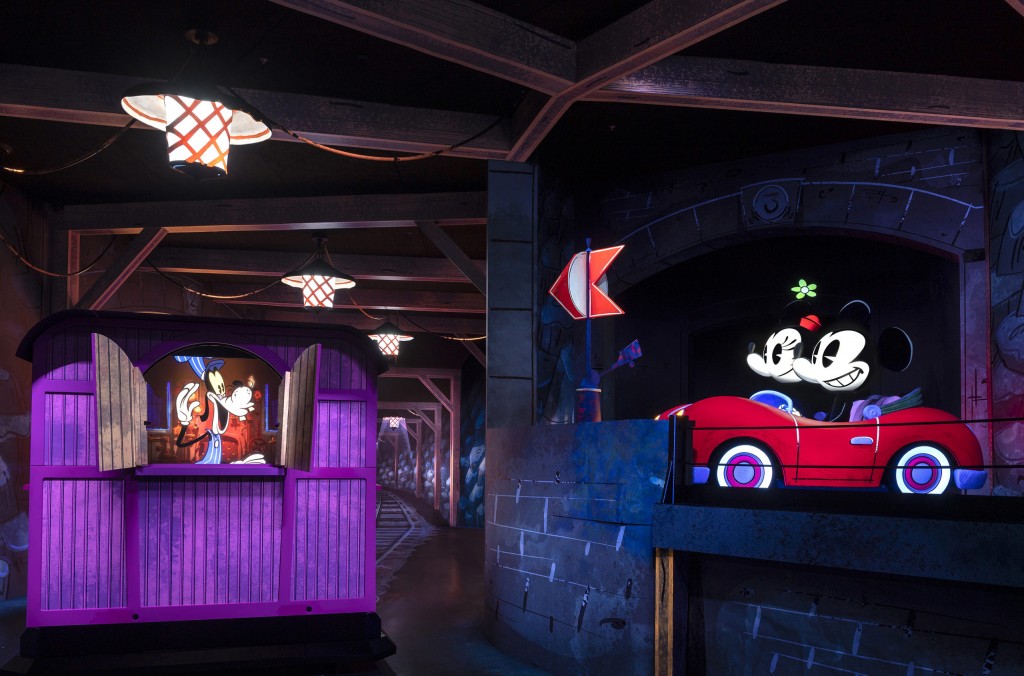 What took them so long?

I know, right? This is the first Mickey ride-through attraction in any Disney theme park. And it kinda seems like they should have come up with this before now!

But in talking to Imagineers about it, it was a matter of waiting for the right time. That time, it turns out, was after the creation of the latest Mickey shorts series (more about that in a sec.)

Where is the ride located?

You’ll find Mickey & Minnie’s Runaway Railway in the heart of Disney’s Hollywood Studios—within the Chinese Theatre at the end of Hollywood Boulevard. This is the perfect spot for the attraction, as it’s centered around the premiere of a brand new cartoon featuring Mickey and Minnie. The twist is that you’ll be getting into the fun as well! 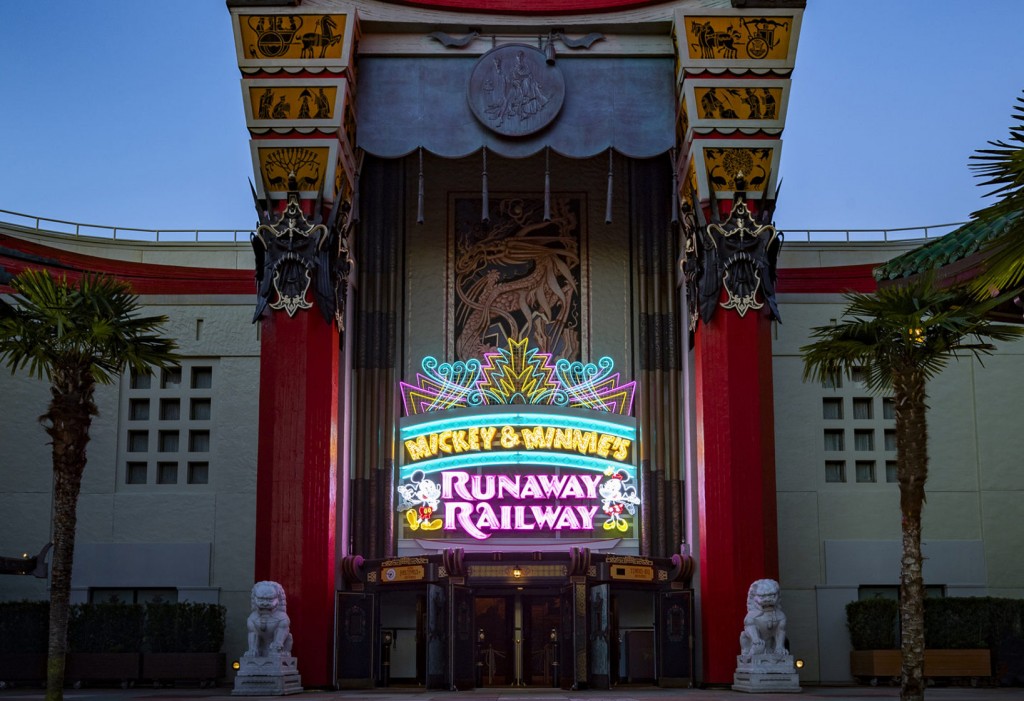 What’s the ride about?

With the catchy original tune, “Nothing Can Stop Us Now” as the backdrop, we’re invited to watch as Mickey and Minnie, along with Mickey’s faithful pup, Pluto, prepare to go on a picnic. But as usual, chaos ensues. Mickey’s pal Goofy ends up driving a railroad engine through the screen where guests are watching, and invites them along for the ride. 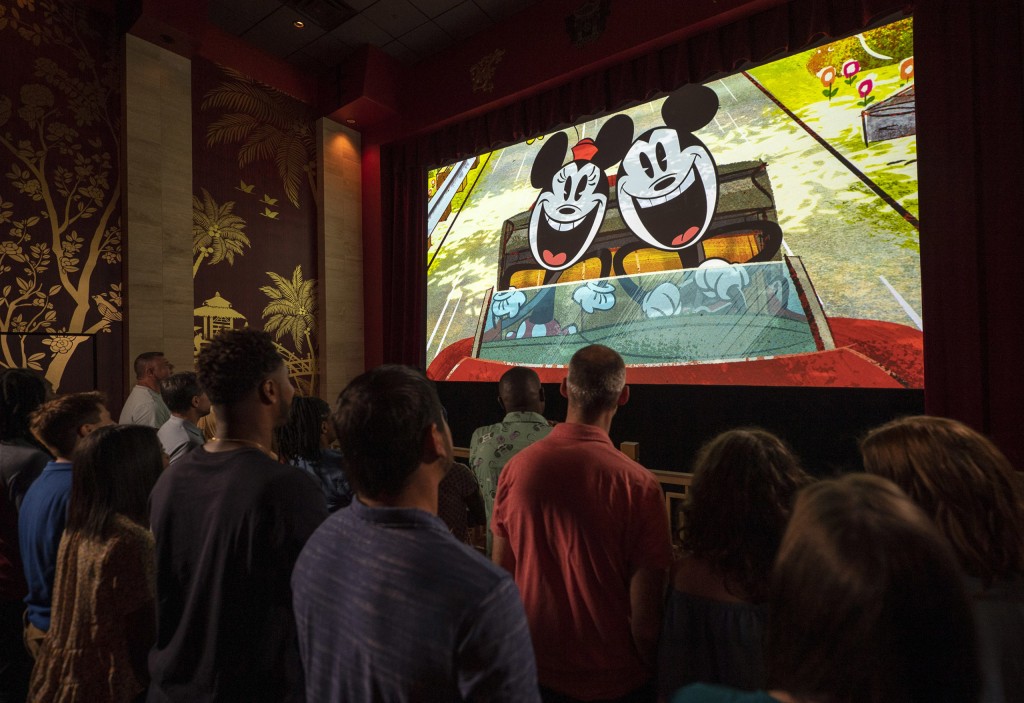 Once guests embark on their trip around the countryside, Mickey accidentally flips a switch, and the train cars separate from Goofy’s engine. That can only mean one thing: zany adventures await! Guests travel through a canyon, an amusement park, over a waterfall and so much more before safely arriving back at the train station.

Which Mickey is this?

The Mickey & Minnie who are featured in this ride are the stars of the rather new Mickey animated shorts series that you can view on Disney Channel and on Disney+. The characters are sort of retro and modern at the same time, and the environment is frantic and fun. 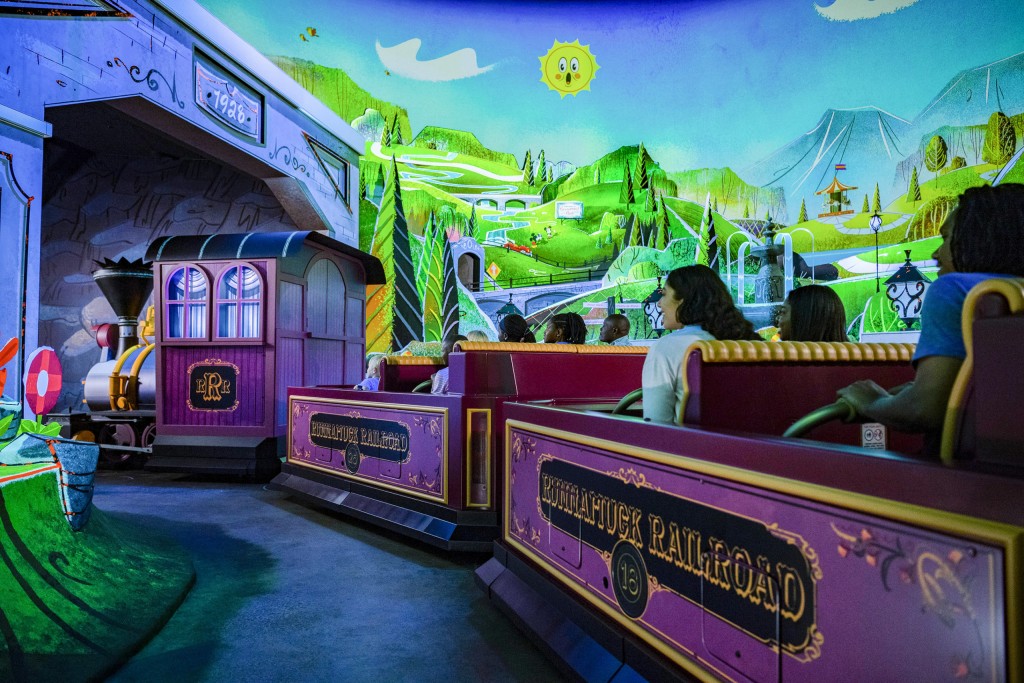 Is the ride good for kiddos?

It is! There’s a lap bar, but don’t let that worry you. The cars move around a bit more than they did for The Great Movie Ride, but there are no scary parts or drops. You remain firmly on the ground for the entire ride. 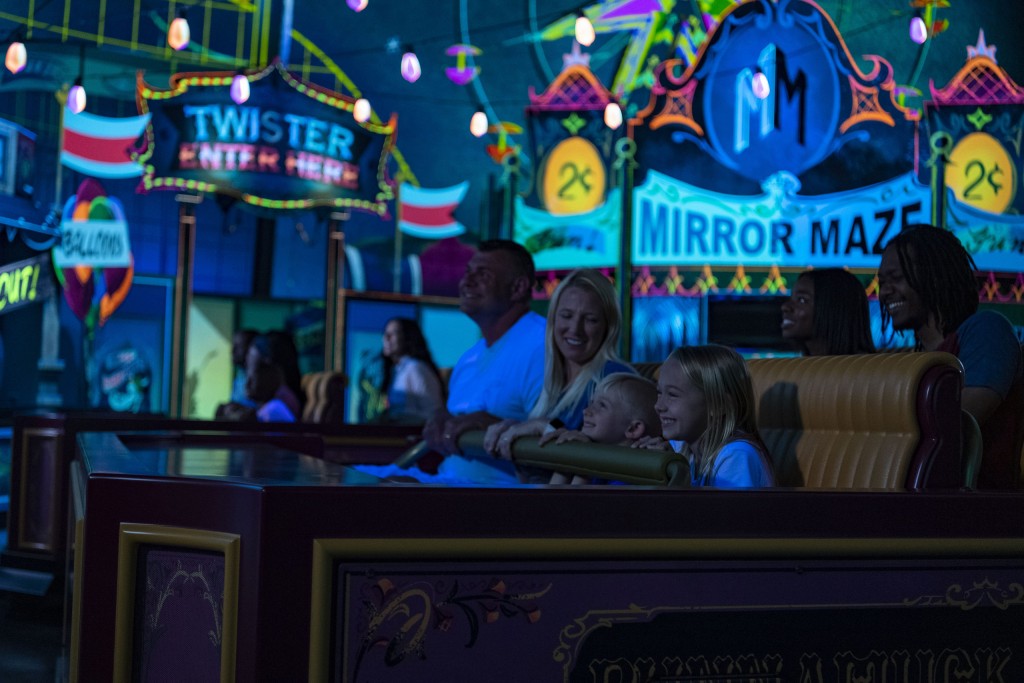 Is the ride good for Grandma?

It sure is! There are some fun effects, including wind and some motion simulation, but the ride is perfect for everyone, regardless of age or scaredy-cat tolerance.

But The Great Movie Ride was the best! Is this really as good?

Look, I love me some Ingrid Bergman. And we loved The Great Movie Ride, too. It was, after all, great! But this new attraction absolutely lives up to the space, and is worthy of a place as the centerpiece of this great park. We figure that Walt Disney would be thrilled to see this level of innovation and technology applied to his very favorite Little Guy. 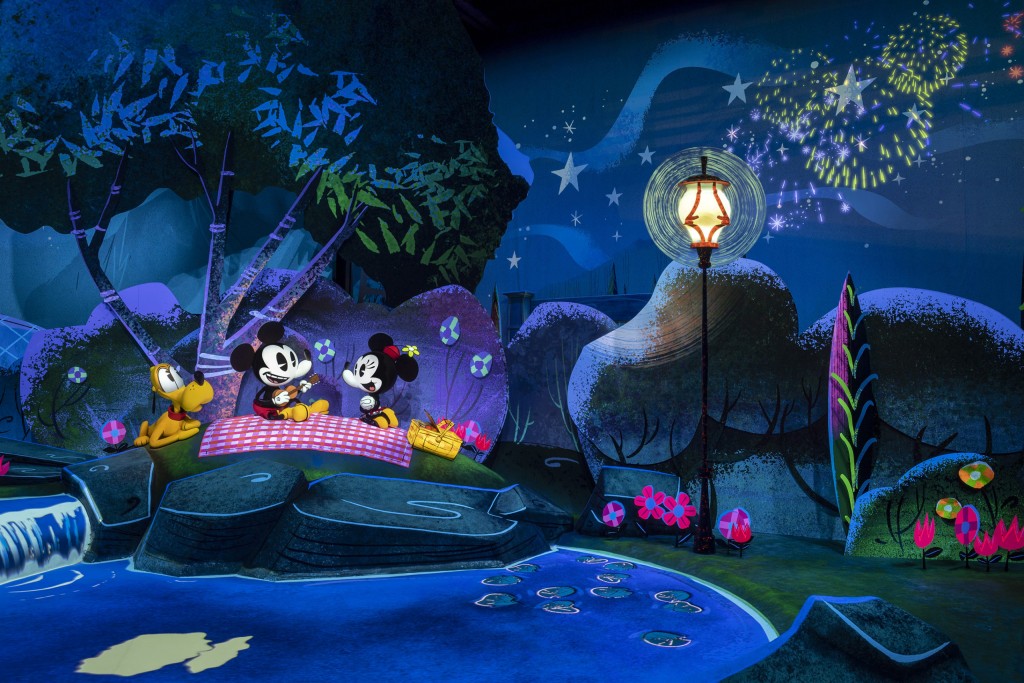 Should I be looking for Hidden Mickeys and Other “Easter Eggs”?

You sure should! Imagineers have cleverly tucked dozens of Hidden Mickeys away, both in the queue and throughout the ride—more than any other ride, according to Imagineers. Also, keep your eyes peeled for the meaningful use of numbers, and a call back to the original attraction that was housed in the Chinese Theatre. Finally, you’ll notice that Mickey & Minnie’s Runaway Railway pays homage to other fan favorites by the use of an original song, similar to attraction classics like the Haunted Mansion, Pirates of the Caribbean and It’s a Small World.

Plan to experience this attraction over and over again to catch all of the little details!