Building on a memorable run on “America’s Got Talent,’’ deaf singer-songwriter Mandy Harvey travels the country sharing her music and inspirational story.

If you missed watching blunt reality TV judge Simon Cowell smack the coveted “Golden Buzzer” last year when deaf Central Florida singer-songwriter Mandy Harvey brought a cheering America’s Got Talent audience to its feet, don’t worry. YouTube’s got it covered with the video clip, now at more than 29 million views and climbing, in which Harvey performs her original song, “Try.”

“It was absolutely an unbelievable experience,” Harvey recalls during a phone interview in the midst of her nationwide concert tour. “I genuinely didn’t know if I was going to fall flat on my face or what the response would be. What made it impactful for me was that his (Cowell’s) comment had nothing to do with my story or my disability, it was all focused on my songwriting and my tone and my pitch and my actual singing ability which, to me, is most important. Because at the end of the day I don’t see myself as a deaf singer, I see myself as a singer. I’m a musician. I happen to be deaf. It’s just a part of who I am.”

In the aftermath of her powerful television debut (Harvey made it to the Season 12 finale and placed fourth), the 30-year-old singer with deep roots in St. Cloud is riding a wave of touring success that’s both grueling and breathtaking, she says. Through next summer, she and her band will play gigs in more than 17 cities, hopscotching across the country from Delaware to Nevada, Texas to Florida and beyond. She’s hoping, at some point, to book a gig in Orlando so she’ll have time with  family and friends. 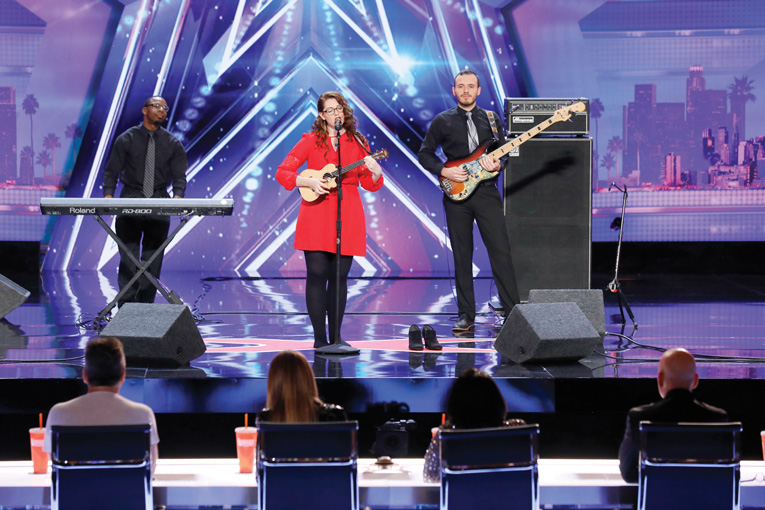 “It’s been quite a whirlwind,” Harvey says during our interview, enabled by an app that prints the questions so she can reply in her lovely lilt. “I’m just kind of holding on to the back of a speeding train with all my might and seeing where it’s going to go, and I’m really excited about the future.”

Harvey travels with her band and her dad, who played guitar and sang James Taylor’s “Sweet Baby James” and other songs of the 1960s and ’70s to her and her three siblings when they were young. She still has a vinyl collection of all the tunes she embraced before losing her hearing, “so that I could touch the music I used to love.”

Born in Cincinnati, Harvey began singing at age 4 while living in Florida, then continued singing in choir after moving to Colorado.

“I was always hard of hearing and very awkward and shy,” she says. “I was always misunderstanding people when they were talking—so choir for me was very black and white.” At age 18, while a student of vocal music education at Colorado State University, Harvey lost her residual hearing due to a connective tissue disorder that she had struggled with through  childhood. She left the program and dropped out of music for more than a year.

“I never thought that I would find my way back to music after losing my hearing,” she recalls. “But I was really tired of allowing fear and my own personal ideas of my potential to run my life.”

She resumed her music journey in 2008, becoming a regular performer at Jay’s Bistro in Fort Collins, Colo., and at Dazzle Jazz Lounge in Denver, one of the world’s top jazz venues.

Her process as a deaf musician-vocalist seems remarkable: Harvey plays ukulele and keeps time (shoeless) by feeling the rhythm of the drums through the floor.  “The bass you can feel through your chest, so I normally have my basses directly behind me.” Electric guitar and piano frequencies are higher, “so I always have the pianist and the electric guitar really close by where I can actually see what they’re doing.” Her band members’ growing sign-language skills, along with prearranged hand signals, enhance communication.

Known for her jazz standard covers, Harvey counts Ella Fitzgerald, Rosemary Clooney and Nat King Cole among her influences. She writes music every day on planes, in taxis and during quiet moments and has recorded more than 400 songs on her phone in the past six months. She sends the audio files to a hearing colleague who charts the music for her to assess.

“My next album will be more pop, and it’ll have some jazz infused into it,” Harvey says. “My last understanding of what pop sounded like stopped in 2006, so I don’t know what music on the radio sounds like at all anymore. Which is a great problem to have, I guess—I’m just genuinely myself.”

When she’s not performing at concerts, Harvey shares her inspirational story at speaking engagements. Her career goal, she says, “is to help show people that there’s nothing wrong with failure—it’s a beautiful stepping stone toward growth.” She also has written a motivational book with co-author Mark Atteberry, Sensing the Rhythm, Finding My Voice in a World Without Sound. 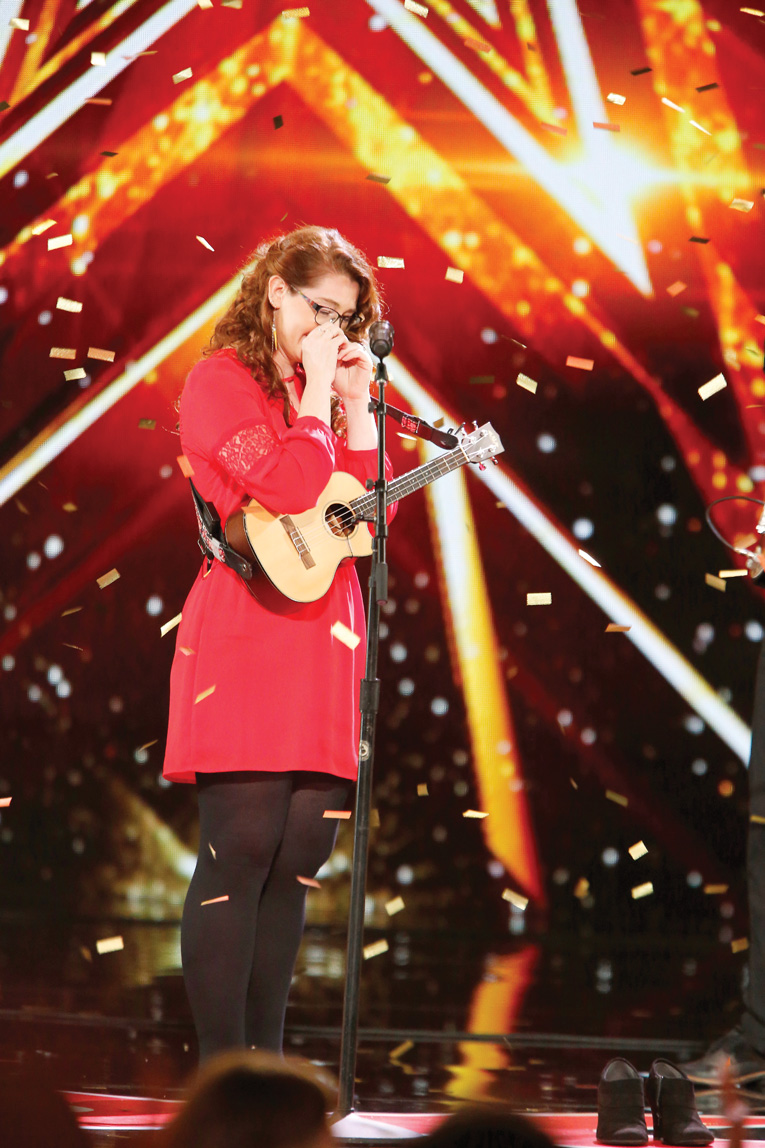 An ambassador for the non-profit No Barriers USA, Harvey visited Nepal in June with a group of students and adults who have overcome life-changing disabilities. Their mission: to change cultural misconceptions.

“In Nepal, if you have a disability it’s because you are karmatically cursed with it, so we got to help change stigmas” for students dealing with deafness, blindness, and physical and emotional challenges, Harvey says. Among the group were Eric Weihenmayer, the first blind person to summit Mount Everest in 2001 and Gretchen Evans, a U.S. war veteran who suffered debilitating injuries from a rocket blast while serving in Afghanistan. “We had so many people telling us that we changed their thoughts on what was possible for people in their own community.”

Harvey looks forward to her next Central Florida visit when she hopes to squeeze in some cast-net fishing, beach time and roller coaster rides. “I absolutely love roller coasters! Any day, strap me in—I’m ready to go! Which is really funny, because I’m terrified of heights!”

She also wants to learn how to play the basics of the mandolin.

“I’ve always loved the sound of it when I was growing up,” says Harvey, whose given name is Amanda Lynn. “I think it would just be hilarious to say, ‘Amanda Lynn plays the mandolin.’ ”