Two local rock artists make the stage their own

Live music all but went on hiatus a couple years ago when the pandemic hit. Suddenly, musicians focused almost exclusively on producing music for streaming, so they could keep delivering on their craft. Artists are finally back on stage, but the lingering effects of streaming mentality have somewhat dulled the edge of performance. Not so for Little Lazy, an Orlando band that’s focused on creating a show to remember. 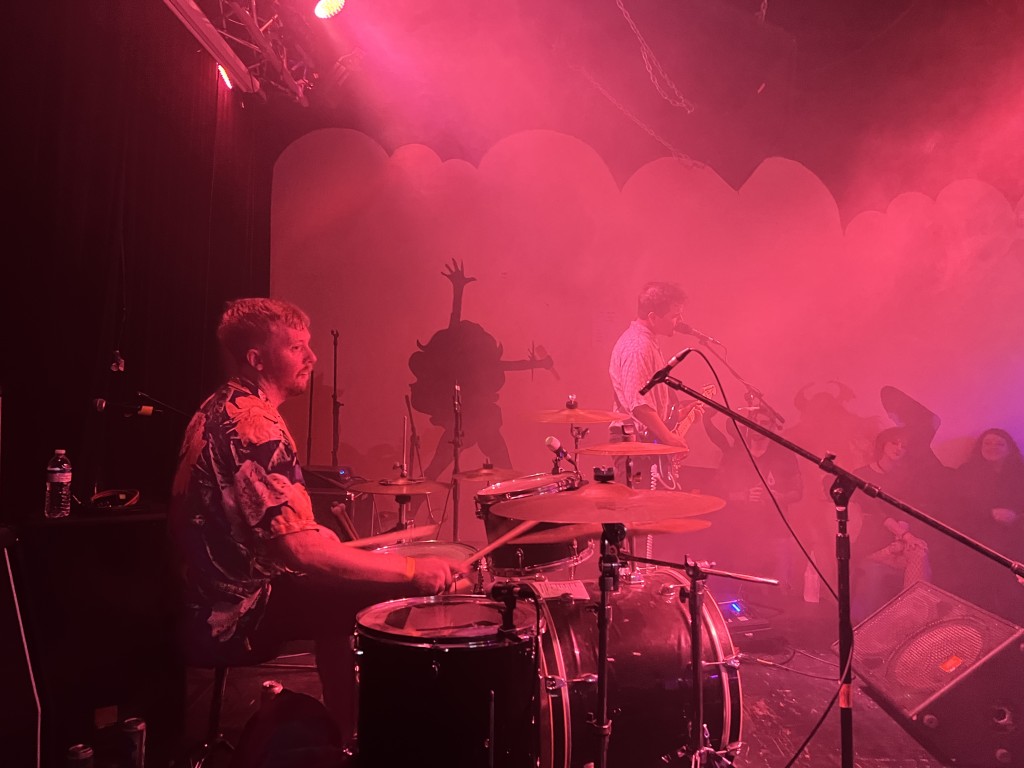 To appreciate what Little Lazy is doing, it’s helpful to draw a comparison.

Deeply invested music fans look closely at certain metrics to measure a musician’s success. Spotify listeners can view the number of streams any song has “earned,” and they often equate higher numbers to excellence. Here’s the thing: there are musicians who have never been on stage that use strategic, paid methods to inflate their numbers. On Spotify, anyone can look good, especially if they have big-budget industry backing.

One such artist recently said, “I never knew I could sing. Then I found out about auto-tune, and I realize I actually sound great.” He’s holed up in the studio, contorting and disguising his voice with layers of production with help from an audio engineer, fooling himself into thinking he’s got the gift.

If you really want to know who’s talented, you need to see a live show.

At 10:20 pm on June 4th, local band Little Lazy took to the stage at Geek Easy on Semoran Blvd. One of several acts booked by 152 Productions for a showcase, Little Lazy—a power duo comprising locals Kevin Cook and Brendan Pafford—has made a habit of performing live.

They formed the band on January 1, 2019, but both musicians, who are in their twenties, have been doing live shows since they were teens.

“I started playing shows when I was 16, so I’m kind of used to performing. But it’s different with every band that you’re with. We had great writing chemistry right off the bat. And actually getting on stage, getting our routine, getting our performance side of things down, that took, I’d say, at least a year to get this level. It’s always getting better, too,” said Cook, who plays drums.

Pafford, lead singer and guitarist, recalls, “We went through that transition stage where it’s like we’re trying to take this more seriously. We want to make the best of our stage time. Before was like, wow, we have 30 minutes to fill. Damn. Now we see it as, “only 30 minutes?” We have to pack everything in there. There’s only two of us, so we, we kind of have to make ourselves bigger.”

Little Lazy has nailed that big sound in more ways than one. The fullness of the energy they bring to their performances comes from within, and that’s something that can’t be conjured. They also use a technique they learned from their producer, Ian Taylor.

As a two-man band, they don’t have a bassist. But during a show, you hear bass. Here’s how they do it:

“The simple version is I put my guitar into a pedal that splits into two signals,” explained Pafford. “One goes to a bass amp. The other goes to a guitar amp.”

So, Pafford is playing one instrument but delivering both bass and guitar. “The more technical explanation is that the guitar plugs into a bass DI [direct injection]. It has a parallel signal, and it’s the pedal that splits it. The parallel is a clean signal, for bass, that then goes into an octave pedal. It creates a lower frequency, almost mirroring the guitar. And then the other signal is for guitar, dealing with any distortion, effects, or delay.”

Yes, it’s technical, but you don’t have to understand it to appreciate the impact. Long story short, the technique helps these two musicians bring the force and energy audiences crave from a rock show.

The blues influence on Little Lazy’s sound is unmistakable, and it’s Pafford’s love of blues music and Cook’s rock foundation that combine to create their sound. Their sound resonates with music lovers of all ages and backgrounds, and they see fans turn up from all walks of life. 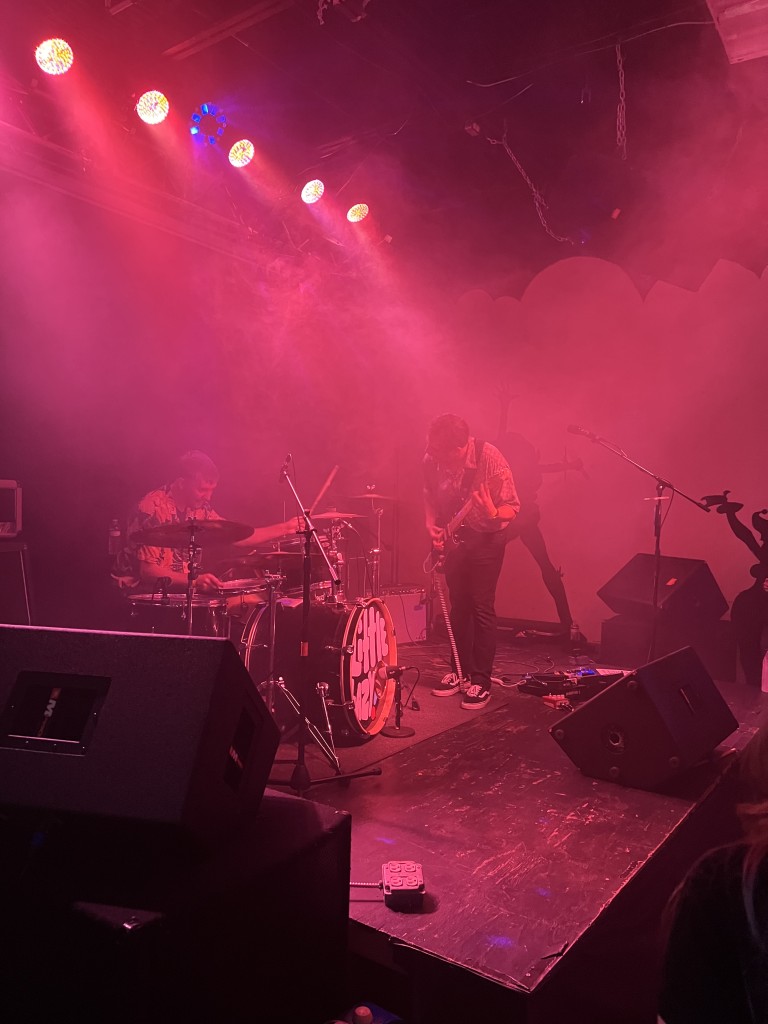 They describe themselves as a heavier Black Keys, but it doesn’t stop there. Little Lazy often plays shows where multiple bands are performing back to back, and no matter the genres in play, it works.

“We fit in with almost anything. Like, we’ve been on heavy shows with metal bands and we’ve been on like dad rock and even hip-hop shows. We like to appeal to a wide demographic,” said Cook.

Despite their versatility, they are not lacking in identity. Their musical perspective has clearly been forged. It’s their solid core that allows them to play with genres without losing focus.

Little Lazy is taking their show on the road, and their tour kicks off in July. The best place to see them before they leave town is Stardust Video & Coffee, where they’ll play a show on July 21st. From there they’ll move around the Southeast, adding more tour stops further up the East Coast as the summer progresses.

You can also catch the band on Apple Music, YouTube, or whichever streaming app you use. Check out their latest single, Handful of Daisies.

For the latest After Hours news and stories, make sure to read “The Comedy Scene in Central Florida” by Sarah Kinbar coming soon in Orlando magazine’s September 2022 issue.