The city’s million-dollar art collection in the new Amway Center isn’t for everyone yet. In the meantime, enjoy the reproductions.

Included among the artwork at the new Amway Center is Orlando Cityscape Night (left). Created by Winter Park artist Larry Moore, this oil painting suggests a poignant, woozy sort of Cubism. The Magic’s Dwight Howard is featured in Dwight in Flight (center), a torn-paper collage by Derek Gores, one of Orlando Mayor Buddy Dyer’s favorite Amway artists. You have to stand back quite a ways to make out the subjects of many of Gores’ compilations. The new events facility is itself the subject of this panel (right) by Everett Spruill, one section of a three-part work, Orlando Cityscapes. A self-taught artist and former owner of Orlando’s Ethnic Art Gallery, Spruill paints in an engagingly naïve, primitive style.
­—JB

Well, yes, now that you mention it, I suppose I have heard something about the occasional basketball game being played there. But from a strictly artistic perspective, the center is the place where some 140 pieces of original art, plus scores of fine-art photographs, have been placed on display.

If you haven’t heard about this artwork, which is valued at more than a million dollars, I’m not surprised. Even if you’ve already been to the new facility for a game or another event, there’s a good chance you haven’t seen much, if any, of what’s called the Amway Center Collection.

For now, I’m calling it the Off-Limits Collection because, until further notice, most of it is off-limits to the general public. A lot of this art hangs in the center’s administrative offices, near the private luxury suites and in other out-of-bounds areas—some of them, by the way, poorly lit for the viewing of art.

The Off-Limits Collection was curated by Sports & the Arts, a California company that recently assembled the Glory of the Yankees Photo Collection at the new Yankee Stadium. Many artistic styles are represented at the Amway, whose art was commissioned from 21 artists, two thirds of them local.

“I wanted the building to say: This is Orlando,” explained Orlando Mayor Buddy Dyer, who took a hands-on role in the project. “So there are a lot of downtown Orlando scenes that are depicted.” Other pieces show local landscapes, musicians and athletes, especially Magic players.

Now, to be fair, I should mention that the powers that be do seem to recognize an obligation to share this art with the common folk, at least in some way.

So reproductions of the actual pieces can be seen on banners in the Disney Atrium (the center’s main public entrance), as well as on Church Street storefronts and Lynx busses. In addition, a few token pieces of original art are accessible to the masses.

In the Amway Center’s One 80 (formerly known as Sky Bar), for example, hang several frosty images of Orlando oak trees by local photographer Diane Boswell. (And in addition to all the newly commissioned art, there are vintage Orlando photographs and Church Street Station memorabilia on view inside the center’s Jernigan’s Restaurant.)

This is all well and good, but it isn’t enough, especially since the city of Orlando—that is, the public—owns this art. Of course, I understand that it isn’t practical for crowds of people to be traipsing at will through private offices or roaming the halls near the luxury suites.

But there certainly could be scheduled tours of the facility’s art. And, in fact, that might happen—eventually.

“I would anticipate, at some time in the future, we would do a weekly or bi-weekly or something tour or the art,” said Dyer, when I asked about the collection’s current, ah, exclusivity. “We’re still trying to feel our way forward.”

I really hope those tours happen. Because until then, the Off-Limits Collection will remain just that.

A Work Still in Progress 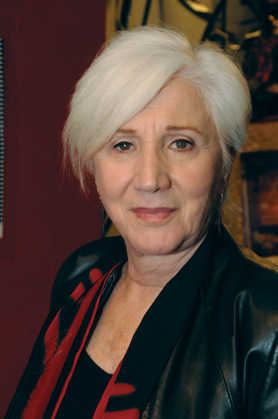 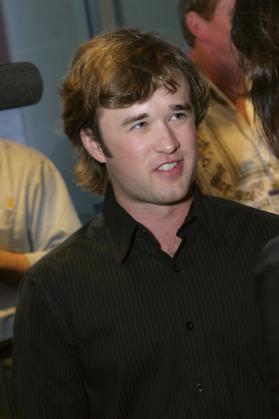 As usual, last month’s Orlando Film Festival didn’t quite have its act together. The annual downtown event still suffered from technical glitches, late starts and a very mixed bag of films.
But in Year Five, I also saw a better use of community resources, with Orlando Puppet Festival films, SAK Comedy Lab’s FoolFest and even some local standup comedians spicing up the program. And this year, I detected a definite uptick in glitter, courtesy of Alison Brie (who I wrote about last issue), Olympia Dukakis and Haley Joel Osment.
They were all at the Plaza Cinema Café to support their new film, Montana Amazon, a zany but ultimately affecting road picture that’s likeWaiting for Godot meets The Three Stooges. When I caught up with the often left-leaning Dukakis, she was high on the movie but predictably less enthusiastic about the outcome of the recent midterm elections.
“I can certainly get very heavy and hot under the collar about that,” said the 79-year-old actress. Her cousin Michael Dukakis was, after all, the Democratic presidential nominee in 1988—the same year she won an Oscar for Moonstruck.
“I called it ‘The Year of the Dukaki,’ ” she joked.
Somehow, politics never entered into my talk with Osment, who is now 22 but still boyish. As a kid, he turned “I see dead people” into one of the great, undying lines in cinematic history.
“The more time goes on, the more I’m surprised how little we anticipated how that line would take off,” he admitted, thinking back to 1999’s The Sixth Sense. In retrospect, though, it makes perfect sense to him.
“It’s concise,” he reflected, “and it’s easy to substitute ‘X’ for one of the words in the sentence.”
As in: I see movie people. And I do hope to see more of them at next year’s festival.
—JB

This article appears in the December 2010 issue of Orlando Magazine.
Categories: News and Features