Limelight: Funny on the Fly

On a recent Sunday afternoon, I watched 14 men and women from various walks of life standing in a circle, tossing imaginary balls to one another.

There were red, yellow and green balls, all unreal. There was even an invisible “disco ball,” which the participants did a little dance with after “catching.”

No, these people were not playing a party game, conducting a science experiment or succumbing to dementia, although what they were doing may have included elements of all three. These were students in a comedy workshop that was being held as part of the first Orlando Improv Festival.

Presented in September by TheDailyCity.com (a blog about the local scene), the festival began with a day of such workshops at Orlando’s Neon Forest Gallery and continued at the Winter Park Playhouse with two evenings of public performances.

Although the festival was in its inaugural year, it was part of a tradition that stretches back to the 1950s when Chicago’s Second City troupe (and a teacher named Viola Spolin) invented modern improv comedy—including warm-up exercises similar to that one with the imaginary balls.

The festival is also part of a growing trend in entertainment that includes television series like Curb Your Enthusiasm, The Office and It’s Always Sunny in Philadelphia, as well as films like Dinner for Schmucks, Borat and such Christopher Guest comedies as Best in Show and A Mighty Wind.

Some of these productions use scripted material, but they all encourage their casts to improvise. (There is also Saturday Night Live which, for 35 years, has featured casts of improv comedians.)

I wouldn’t claim that improvisational comedy is better than the traditional scripted kind, but it is certainly more spontaneous and team-oriented. An actor must pay especially close attention to his fellow performers so that he doesn’t drop the verbal balls they toss him.
At the recent festival, comedians from Boston, Atlanta, Austin, Seattle, Sarasota and Orlando spun skits out of thin air—and audience suggestions.

Topics—and quality—varied widely. My favorite performances included those by SAK Comedy Lab, a local troupe that did a bit about a Chick-fil-A employee who isn’t allowed to say “can’t” no matter how outrageous a customer’s request (“I want a chicken sandwich made of beef”); Austin’s Some Like It Improvised, which did a version of an old-fashioned screwball comedy about bootleggers; and The Cast Aways, an ad-hoc group of improv veterans of Disney’s defunct Comedy Warehouse, who shifted gracefully from undertakers to Realtors to musicians to news commentators. (“This just in! FOX News: We’re going to start telling the truth.”)

My very favorite performance, presented by Orlando’s Jester Theater, reminded me of the Steve Martin-John Candy dynamic in Planes, Trains & Automobiles: The sketch, Is This Seat Taken?, concerned a man who is waiting for a bus while being semi-politely badgered by another traveler.

The Orlando Improv Festival may be over for this year, but a sequel is likely, says Mark Baratelli, the festival’s producer, and the owner and editor of TheDailyCity.com. This year’s performances can be viewed on his website, and he is also hoping to present live improv events every few months. In addition, you can check out SAK Comedy Lab (sak.com), which regularly offers improv performances and workshops, and which will be featured this month at the Orlando Film Festival.

Beyond that, you’ll just have to improvise.

A Star Is Reborn

Now we may have to get used to thinking about him as an actor, after his scene-stealing turn in The Social Network.

Timberlake pops up as Napster’s Sean Parker and promptly walks off with a sizeable chunk of the movie. The character is apparently the only person who is able to impress the film’s main character, Facebook co-founder Mark Zuckerberg (Jesse Eisenberg, also excellent).

Sunny, breezy and just a tad sleazy, Parker is a cunning goodtime Charlie who convinces Zuckerberg, a Harvard undergrad, to drop the ”The” in what had been called “The Facebook” and to move to Silicon Valley.

The film itself is entertaining, intelligent and misunderstood. Despite what many reviews have claimed, it barely touches on the sociological implications of Facebook and only superficially explores its characters.

It is possibly, however, the best fact-based business story ever put on film. And it may just be the start of something bigger than ever for our dear Justin. 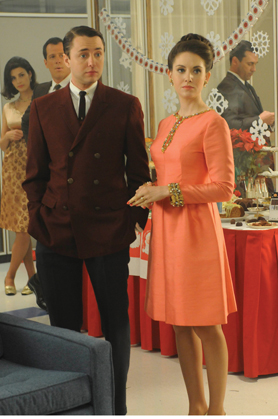 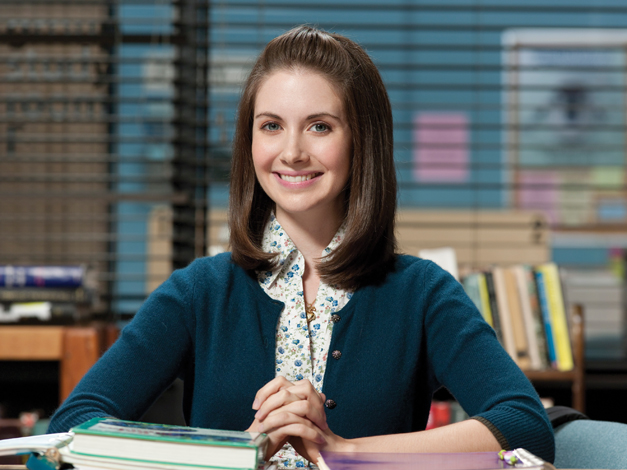 As a fan of both Community and Mad Men, I am just so embarrassed.

Her name is Alison Brie and she’s headed here this month for the Orlando Film Festival. Luckily, I looked up her credits before speaking with her during her lunch break on the set of Community.

“There couldn’t be a bigger compliment,” the doe-eyed actress graciously replied, after hearing that I hadn’t initially connected her roles. “The characters are really different and it’s a nice feeling to know that I’m executing them in different ways.”

Very different in yet another way is her character in Montana Amazon, a dark film comedy in which she plays Ella, a twisted teen who likes to pull the heads off dolls and mount them on walls. The film, which follows a road trip Ella takes with her desperate brother and bizarre grandmother, will be shown at this month’s festival (orlandofilmfest.com), which Brie and her co-stars, Haley Joel Osment (The Sixth Sense) and Olympia Dukakis (Moonstruck), plan to attend.

Getting back to her TV roles, Brie does find similarities between Annie and Trudy.

“You could see Annie being Trudy’s granddaughter,” she offered. “They like to be in control, they are constantly setting high expectations that are seldom met by the people around them” and “they both are a little high strung.”

Of course, hearing those similarities only embarrassed me more.

This article appears in the November 2010 issue of Orlando Magazine.
Categories: News and Features