Learning from the Past: The Ocoee Massacre on Exhibit

A detailed exhibit at the History Center addresses the legacy of the Ocoee Massacre and the impact of racism on our community and beyond. 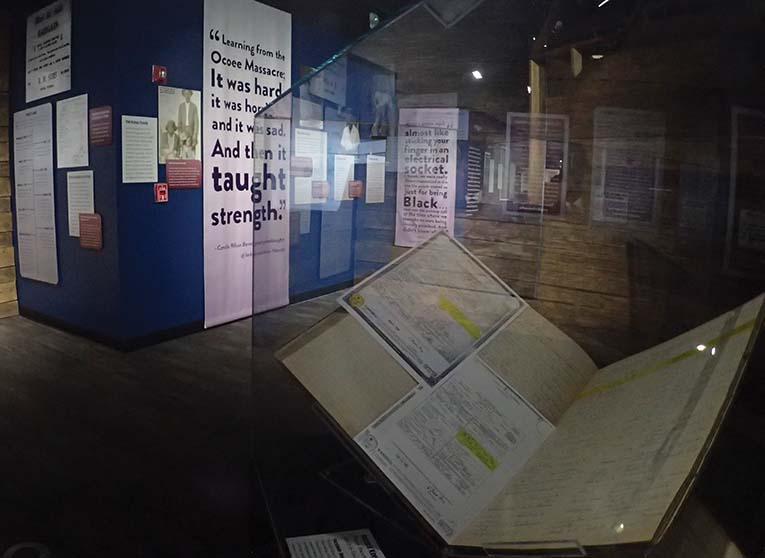 Newspaper clippings of the time and photographs, including this one of July Perry, are featured in the exhibit. (COURTESY OF ORANGE COUNTY REGIONAL HISTORY CENTER)

One hundred years ago, a Black landowner named Mose Norman tried to vote on Election Day in Ocoee. He was turned away twice by white poll workers in an effort to intimidate Black citizens from voting. Later that night, a mob of armed white men, roused by the local KKK, went looking for Norman. The subsequent attack on the community resulted in Black-owned homes and buildings  being burned and destroyed. As many as 35 Blacks were murdered. Norman escaped. But his friend, a man named July Perry, was captured, beaten and lynched. Many Black families fled, never to return, and the attack became known as the Ocoee Massacre.

It’s part of Central Florida’s history that most people know little or nothing about. But that’s changing, thanks to a comprehensive exhibition at the Orange County Regional History Center that covers not only the Ocoee Massacre, but “hundreds of years of history and context for what America is today,” says Pam Schwartz, the History Center’s chief curator. The exhibit, titled “Yesterday This Was Home,” runs through March 7.

The idea started about three years ago when a few members of a group formerly known as the Democracy Forum approached the History Center about mounting an exhibit on the Ocoee Massacre since it was coming up on the 100-year mark. “They were willing to donate their archives, which included articles and accounts of the attack, as well as some oral histories and a few copies of land deeds,” Schwartz says. Those materials gave Schwartz and her team a starting base. The Democracy Forum’s research also was instrumental, she adds, in helping successfully locate July Perry’s gravesite in Orlando’s Greenwood Cemetery. “That was really important because it had just been an unmarked grave until that point.” 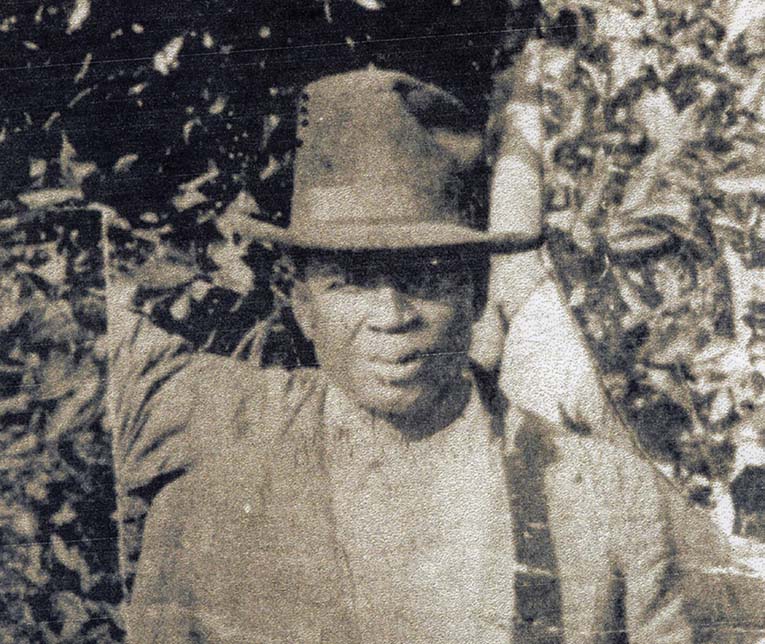 The challenge came when Schwartz first looked at the resource materials. “Most of the information was misinformation. It’s oral history, and people forget things or they mishear. We asked ourselves, ‘How do we put up a 3,200-square-foot exhibition with nothing to build it?’ The community burned down and everyone left. It’s not like we had artifacts and photographs.”

So the History Center team chose to broaden the scope to provide context—“because an event like this doesn’t just happen in a vacuum,” notes Schwartz. The three-part exhibit begins with enslavement in St. Augustine during the 1500s and proceeds to today’s Black Lives Matter movement.

Some of the many fascinating and educational elements of the exhibit include “voting stations” that cover topics like literacy tests—“it was a method of oppressing the Black vote,” says Schwartz; a land deed map showing the huge shift in Black and white landownership in Ocoee before and after the 1920 attack; and a massive wall of oral histories, newspaper stories, videos and documentary accounts from across time. “You can read all of these different versions of the ‘facts’ and see exactly where the story gets twisted,” Schwartz says. “It shows how easily the proliferation of misinformation happens, and its relevancy to today.”

Although “Yesterday This Was Home” closes in March, the History Center is raising funds to build an interactive, storytelling website version of the exhibit. “We want to make this accessible to Florida’s educators, the nation and the world,” she says. “Everyone can learn from this event.”

This article appears in the February 2021 issue of Orlando Magazine.
Categories: Home Page Features, News and Features
Tags: ocoee massacre, Orange County Regional History Center
Want to read the whole issue? Download and read this issue and others on Magzter.