The Bride Kelly Calella, 27, is a teacher for Brevard Public Schools.
The Groom Erik Bua, 27, is a CPA for Lockheed Martin.
How They Met Kelly and Erik met in the summer of 2009 when Erik was attending graduate school at UCF and living with Kelly’s brother. Kelly visited every once in a while but during one special weekend, she went to a football game with Erik and they instantly realized they had a connection. They soon started dating long-distance, but didn’t want to be so far away from each other and decided to move to Viera as a couple.
Their Engagement Erik went to Walt Disney World with Kelly and her family during the holidays. After a long day at the park, they stopped in front of Cinderella Castle to take some pictures—or so Kelly thought. Erik dropped to one knee before the flashes started to go off. “My family jokes that Erik got his pants dirty by being on his knee for so long because I was in such shock and couldn't say anything,” says Kelly.
Their Wedding The couple opted for a blue hued, winter wonderland wedding, inspired by the season.

“Our first dance to Kenny Chesney's 'Me and You' in front of our family and friends.” —Kelly 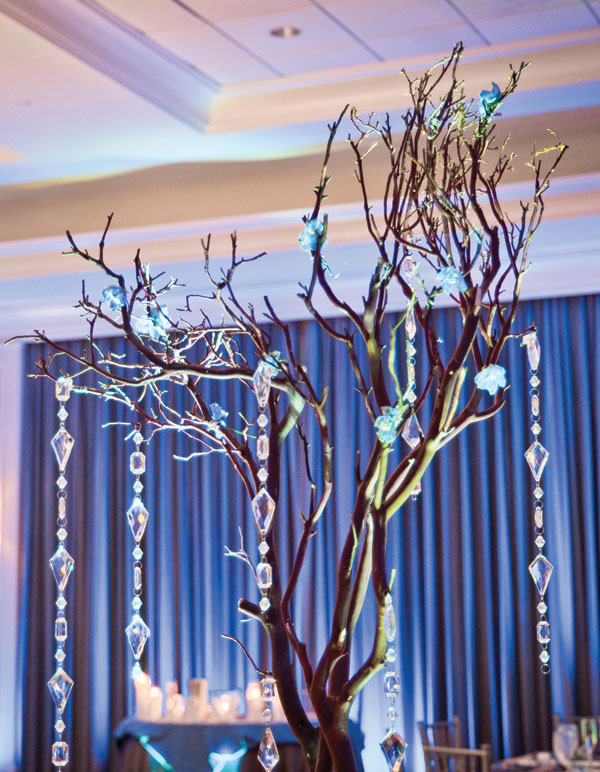 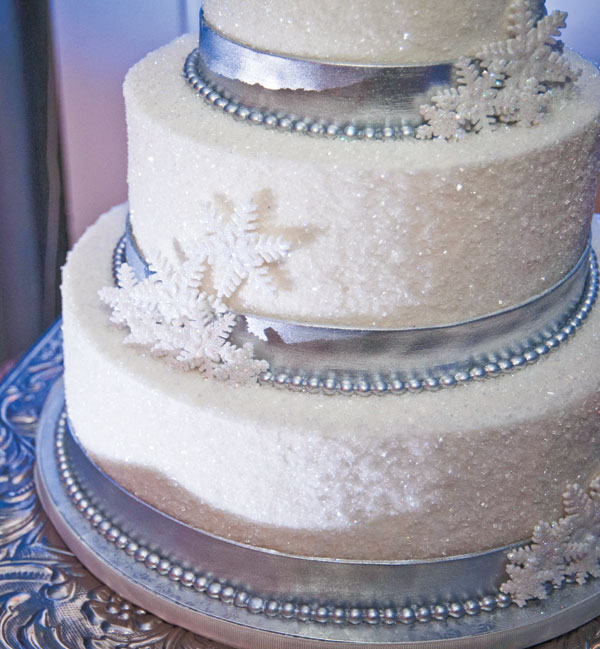 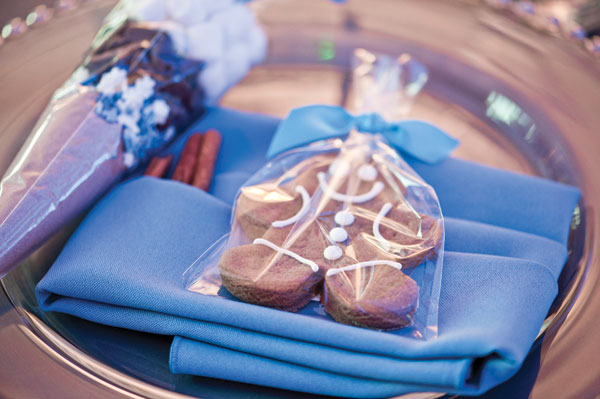 Gingerbread cookie favors were placed at each seat for the guests 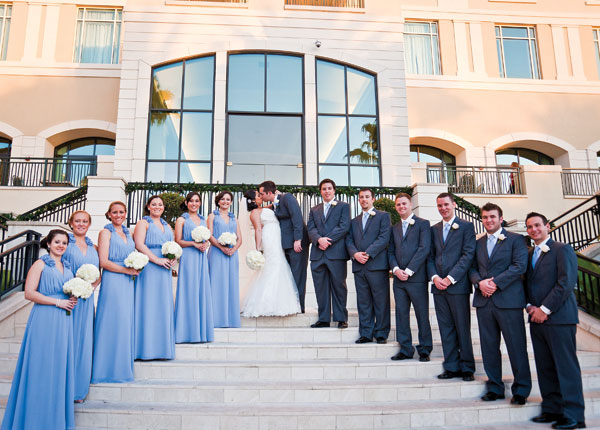 The bridal party poses with the bride and groom. 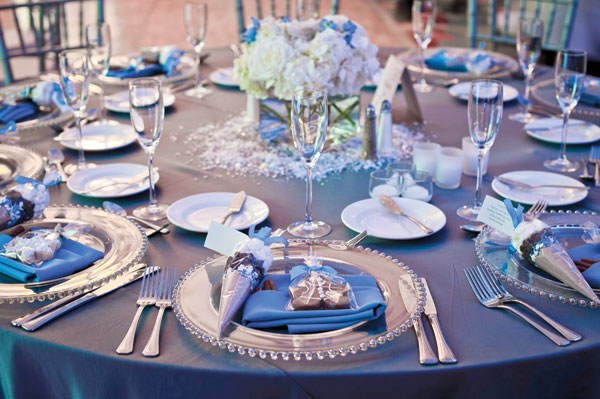 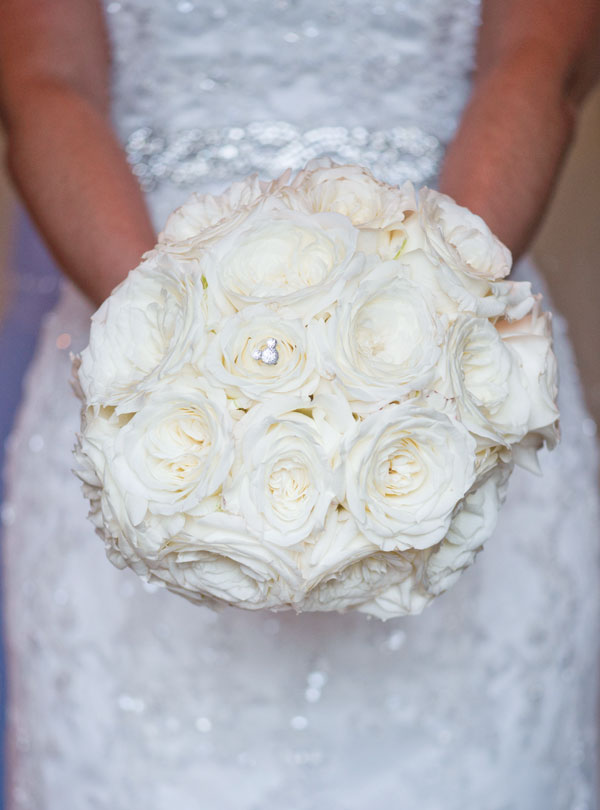 Kelly carried a bouquet full of elegant ivory garden roses down the aisle. 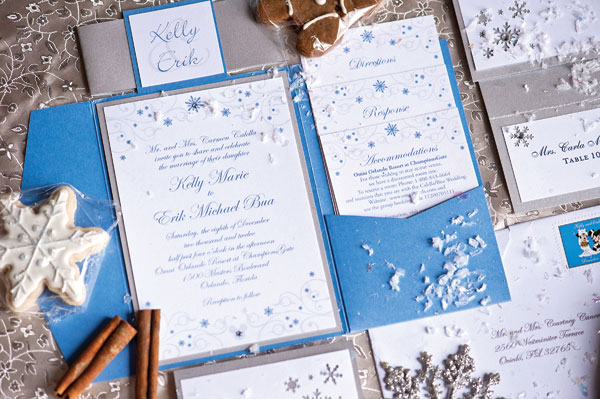 The stationery was decorated in an elegant script and bordered with snowflakes.

This article appears in the June 2013 issue of Orlando Magazine.
Categories: Real Weddings