Behind the Scenes with Jenna Rubaii from Jesus Christ Superstar

“Jesus Christ Superstar’s” 50th Anniversary Tour is coming this week to Dr. Phillips Center for the Performing Arts, June 7-12. Orlando Magazine had the pleasure of speaking with Jenna Rubaii, who plays the iconic role of Mary Magdalene. 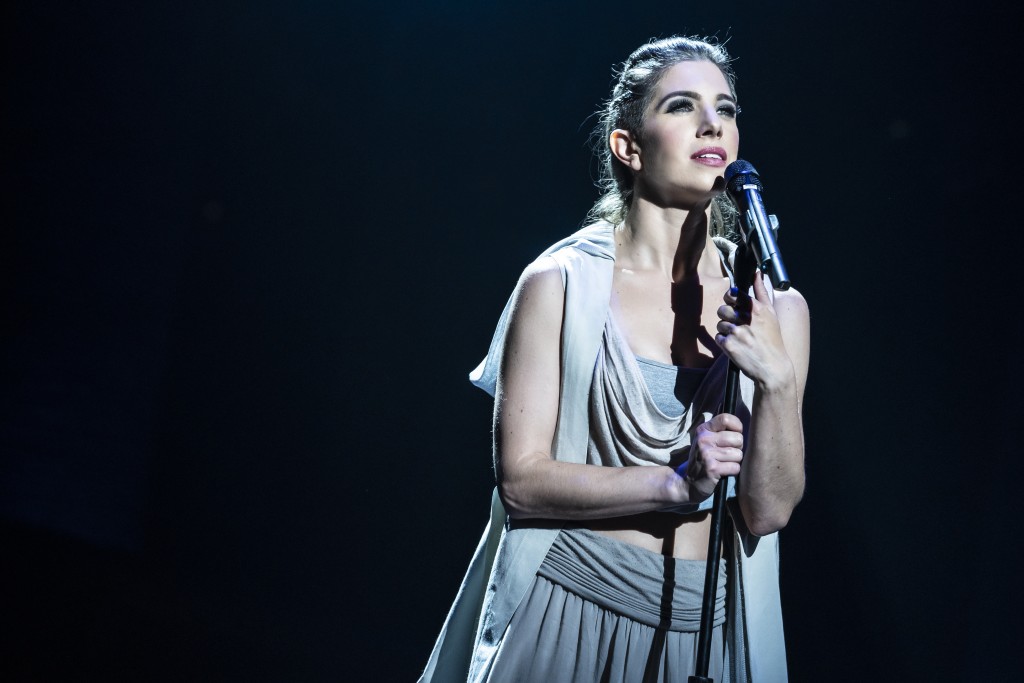 A native Floridian and alumnus of the University of Miami, Rubaii discusses her start at age six with a Tampa-based performance group, her path to Broadway, and playing the role of Mary Magdalene in the 50th-anniversary tour of “Jesus Christ Superstar.” 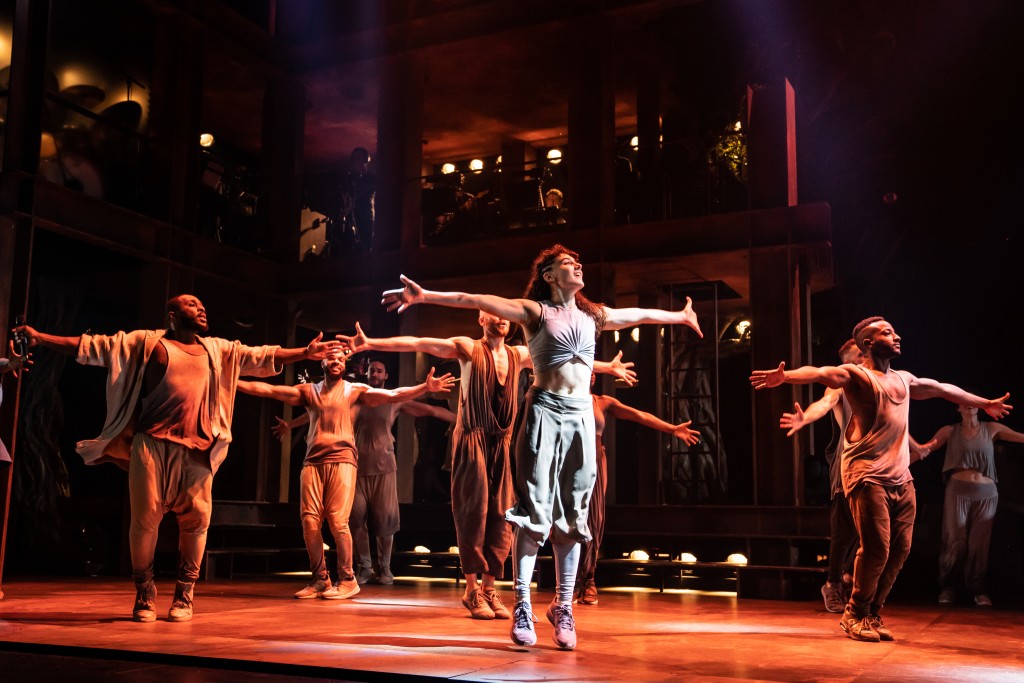 The company of the North American Tour “Jesus Christ Superstar”

How does it feel to be performing in your home state of Florida?

After almost three years of doing this show, it’s phenomenal to be back home. I am happy to be with the people I have spent so much of my life doing theater and music. It’s exciting to bring the show to my hometown and my college home in Miami.

How did you get your start as a performer?

I grew up in an all-girl song and dance group in Tampa, FL, starting at age six. That was the first experience that taught me what it was like to perform. We did about 30 shows a year, from corporate conventions to state fairs. We also sang for presidents, tons of spring training and sporting events, and national anthems because it was the Tampa Bay area.

To have that consistency of performing as a young person was so valuable. Being able to perform with a group of individuals, all girls, was like a sisterhood. They’re still my best friends today, and I owe everything to that experience that lasted twelve years.

What a fantastic experience for a six-year-old. What was the name of the group?

It was called Entertainment Revue, and the director was Cynthia Stevens Nekvasil. That’s where I got my first professional experience as a performer.

And then, I fell into the theater in high school. My drama teacher, Joy Roche, who is now retired, helped to convince me that theater was a path I could go and perhaps create a career.

After graduating from high school, I went to the University of Miami, where I combined singing and acting, earning a music and musical theater degree. I always wanted to be a recording artist. Still, I just fell into the theater because of how great the high school program was.

Tell us about your path to New York and the Broadway stage.

I booked Green Day’s “American Idiot” international and national tour right out of college. That was a quick way to burst into that life and experience and see the world. I learned early on what touring is like. It’s a different beast than Broadway.

After that, I moved to New York City and had a period of time when I didn’t work. That’s how it is in this business: your career ebbs and flows.

I booked “Groundhog Day,” which was my Broadway debut in the original Broadway cast. That’s where I got to experience the Tony Awards, creating a Broadway cast album, and the pain of closing a show in just a handful of months. That was my dream come true. 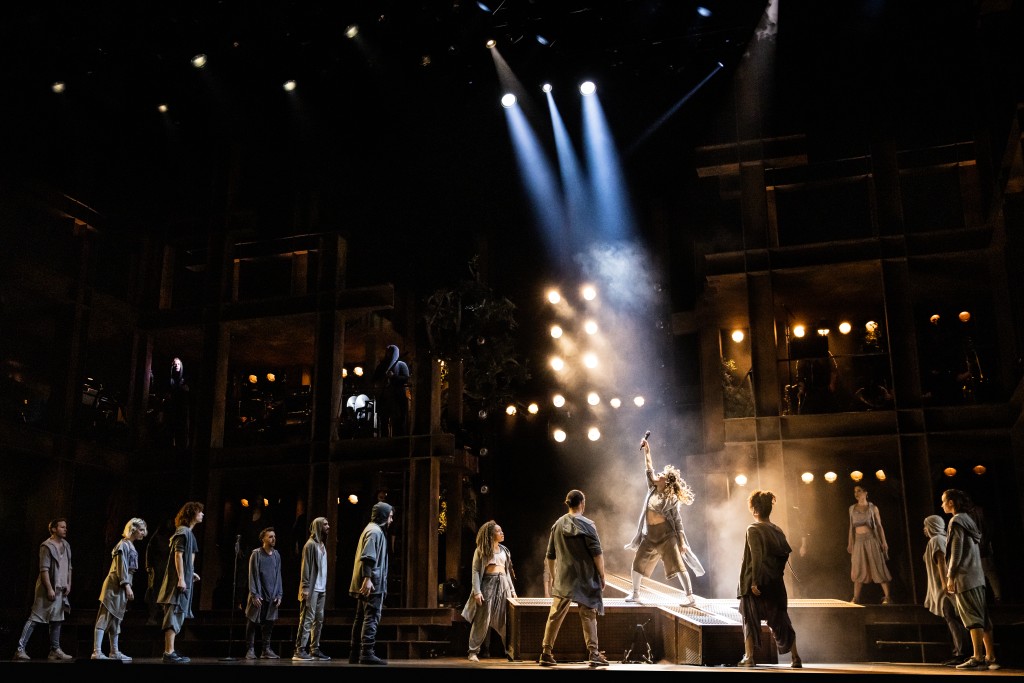 Talk to us about your process in portraying Mary Magdalene in “Jesus Christ Superstar.”

I auditioned for this show for a couple of years before I booked it. They had me come in probably five to seven times. I sang “I Don’t Know How to Love Him” more times than I recall.

Eventually, they let me go. They said, “We’re sorry, this will not go any further.” But this opportunity came along to do this tour and this unique version. It’s different from the 1970s version and came from London Regent’s Park Open Air Theatre, which won the Olivier in 2017.

How is this production different from the older productions?

Our director emphasizes bringing ourselves to the piece every night, which is a beautiful blessing and challenge because you can’t hide behind anything. He wants us to be truthful, in the moment and doesn’t want us to think about playing iconic people. It is very much about bringing your essence to the role.

Mary is so complex and there are many stories about her and different versions of who she is. I look at the song “I Don’t Know How to Love Him” not as a romantic love song but a song about spiritual love and wonder. It’s a feeling of deep love, and when someone feels their faith so deeply. I think that is such a beautiful and interesting human take on this ballad.

I dove deep into that approach, and to be honest, this journey has become very personal for me.

How long have you been on tour with this show and how does it feel to be on tour after the pandemic?

This show has been in our lives for almost three years, and I feel that it’s a gift. “Jesus Christ Superstar” is a piece that is so deep, emotional, and layered. It’s been such a crazy journey that we’ve all gone through together that we will never forget. This experience is one that we’ll all hold with us forever.

Jesus Christ Superstar is an iconic musical phenomenon with a world-wide fan base. In celebration of its 50th Anniversary, a new mesmerizing production comes to North America. Originally staged by London’s Regent’s Park Open Air Theatre and helmed by the acclaimed director Timothy Sheader (Crazy for You, Into the Woods) and award-winning choreographer Drew McOnie (King Kong, Strictly Ballroom), this production won the 2017 Olivier Award for Best Musical Revival garnering unprecedented reviews and accolades.

Appealing to both theater audiences and concert music fans, this production pays tribute to the historic 1971 Billboard Album of the Year while creating a modern, theatrical world that is uniquely fresh and inspiring.