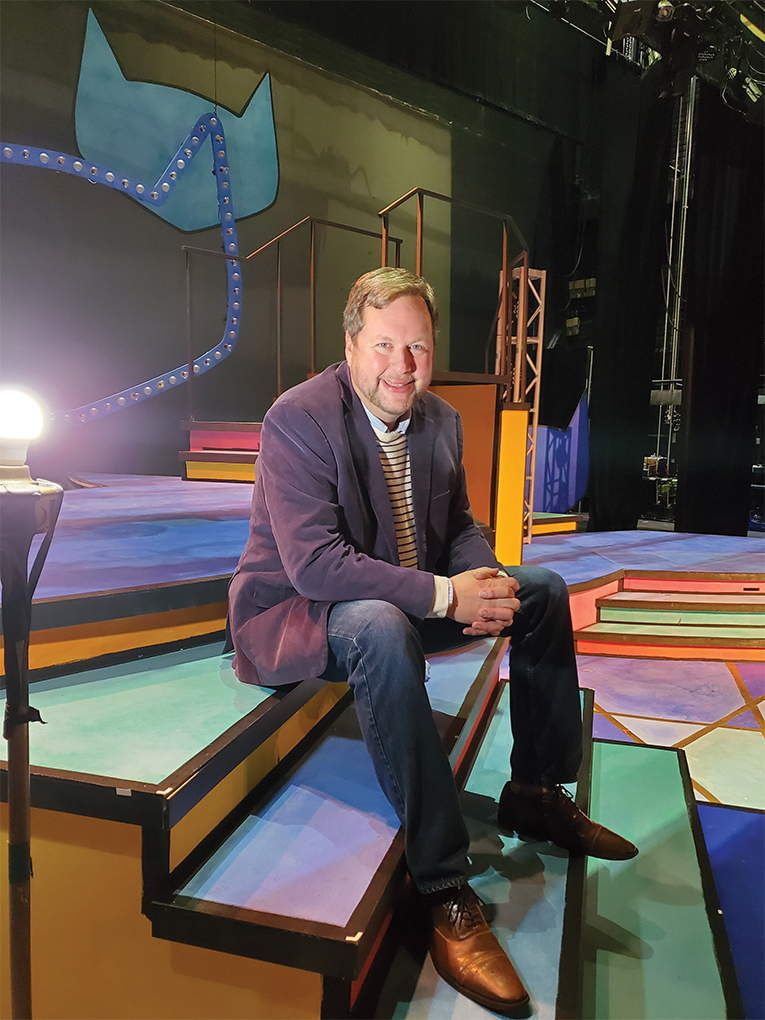 Jeff Revels loves to tell stories. They focus on a younger audience, but it’s not quite as simplistic as giving kids a taste of cotton candy entertainment and making them giggle. There’s a deeper message to convey, those teachable moments.

Of the umpteenth shows he has overseen as Artistic Director at Orlando Repertory Theatre, Revels likely has never thought of adding one particular story to his collection:

It’s an inspiring tale of a child smitten by theater watching a production of “Jack and the Beanstalk” as a first grader at a school “cafetorium,” growing up poor in the small town of Spartanburg, South Carolina, who not only becomes a gifted storyteller but a champion and advocate for children and youth.

It’s not just all the talented kids who have been cast in his productions, including Mandy Moore. Just ask all the foster children and international exchange students blessed to live with Revels and his wife Karen over the years.
Revels not only does the work. He lives it.

“If a child can for a moment, put themselves in someone else’s shoes and see other people’s perspectives, or see themselves in a story, see themselves represented, that’s pretty darn powerful,” he said. “It’s a way of fostering empathy in young people. That’s what theater is; it’s meant to make better humans. Better citizens.”

He owns those stories in a personal way. Revels would lose himself in books and plays as a child, letting his imagination take him to a better place. He would stage productions in his backyard for family and friends, using lamps as spotlights. They always shined on the greater good:

Now 51, Revels continues a career path that began on February 9, 1995. On his birthday, he joined The REP “as box office assistant number two.”

His growth and development in the workplace have morphed into his current role, directing productions that include “How I Became a Pirate,” “Junie B. Jones Is Not a Crook,” “Judy Moody & Stink: The Mad, Mad, Mad, Mad Treasure Hunt,” “The Best Christmas Pageant Ever: The Musical,” and “Rock, the Presidents.”

As noted, most of them deliver a point and purpose. Take Madagascar, for example.

“What is this story telling us?” Revels asked. “It is taking four pampered people, but they just happen to be zoo animals, blocking them out of their culture, throwing them right down into the middle of another culture. They have to figure out very quickly that they must expand their worldview to survive,” he said. “So that’s a little deeper to me than it’s just a dessert show. I like to find my way into the dessert shows with the message.”

Behind the curtain, Revels creates his own magic. A 60 Minutes report moved him about 12 years ago focused on hungry children and food insecurities at school. The following day, he connected with the principal at one of his children’s schools. By Friday, Revels had gathered 40 bags of food to give to kids who needed proper nourishment. And that was the beginning of “Conway Cares,” a food initiative that sends food home to 150 school children every Friday in Central Florida.

Revels then took it up a notch. They had four bedrooms and only two children, circumstances that sparked their journey into foster care.
The first foster children were siblings who had been locked in their rooms by their parents for three years. The children needed medical and therapeutic care. But it was too much for Jeff and Karen to handle. 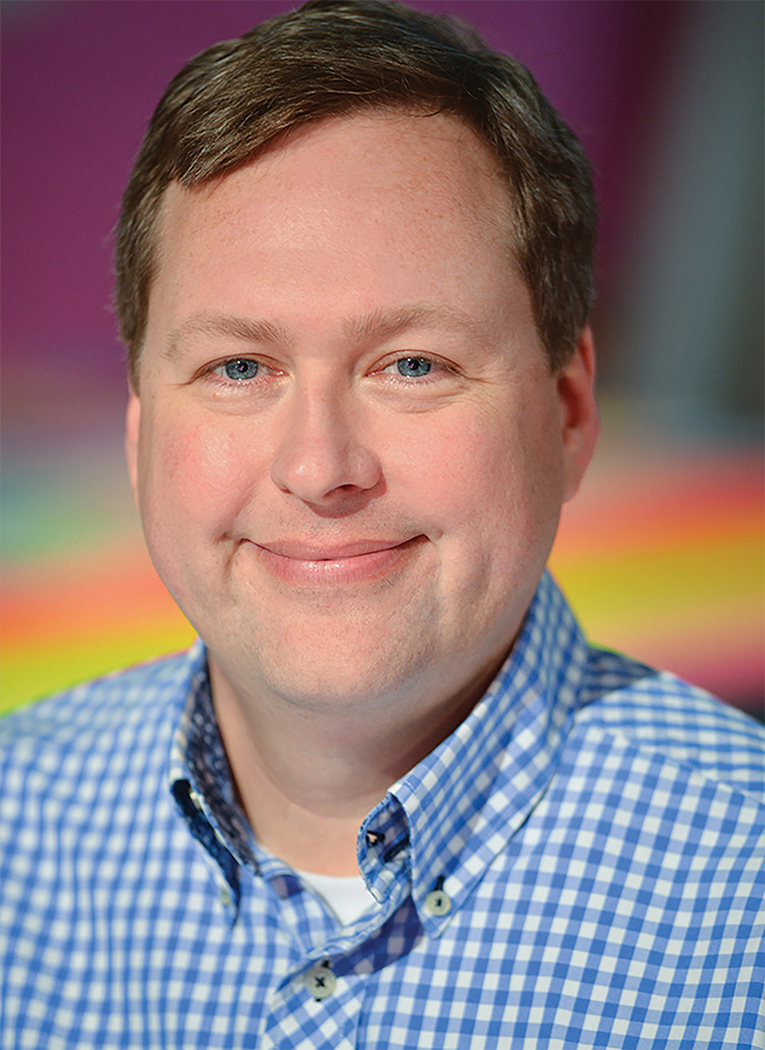 They eventually focused on older teenagers–the hardest to find homes for because of their age–specifically African American children. About 30 foster kids have since been in their care. Along the way, Jeff and Karen have also welcomed just over 20 international exchange students.

“If I ever saw him post something self-aggrandizing on Facebook, I would have to wonder if he got hacked,” said Vicki Landon, formerly the development director for Orlando REP.

Connecting his personal life with his workflow, this season, Revels is bringing back a show called “Locomotion.” Based on a book by Jacqueline Woodson, it tells the story of a young boy named Lonnie, a.k.a. Locomotion, whose parents die in a house fire. A wealthy family adopted his younger sister, Lili, but they placed Locomotion in a foster home.

“It reminds me of many kids who have been to my house,” Revels said. “We want to show people that foster kids do not mean bad kids.”
Down-time is usually not a priority for a man who is constantly looking for an artistic fix. His side gigs include writing and co-directing Brazil’s Christmas musical extravaganza–set in the middle of the Amazon — with a cast of 5,000 and a live audience of over 100,000. His latest freelance project involved a National Memorial Day Parade, staged in Washington, D.C.

His body of work–both professionally and personally–begs the question: Has Revels ever entertained the thought of chasing the next best thing elsewhere?

“I have had other job offers in other cities and a few with much more attractive salaries, and at the end of the day, I love our city, our community,” he said. “And, I’ve been fortunate to build a solid base here at Orlando REP, and all my other work feeds to the desire for us to do even more great work and help evolve practices and use what I learn from those ventures to strengthen this foundation.”
“And even though some days are difficult, it is a really fun and vibrant place to be.”

Jeff Revels adds to the fun and vibrant vibe, mixed with a strong dash of compassion, empathy, and artistic magic.
We are fortunate he’s never packed his bags to chase the next best thing.

This article appears in the July 2022 issue of Orlando Magazine.
Categories: Performing Arts
Tags: in focus, Jeff Revels, Orlando-REP, performing-arts
Want to read the whole issue? Download and read this issue and others on Magzter.

In Focus: Raising the Barre