The Bride Jacqueline Braun, 28, is the media coordinator for JKR Advertising.
The Groom Wayne Allain, 27, is the system administrator at Fidelity National Information Services.
How They Met Jacqui and Wayne were introduced in 2004 at UCF by mutual college friends and in the beginning, they only spent time together while in a group. However, three years after first meeting, they decided to go to a party together, and that night sparks began to fly. After taking Jacqui out for Valentine’s Day a few days later, Wayne asked if he could be her boyfriend. “I loved that he asked if he could be mine instead of asking if I would be his,” Jacqui says.
Their Engagement After four years together and talk of getting married, Jacqui knew a proposal was coming; she just didn’t know when. One night, after joking about it all through dinner, Wayne asked for her hand when they got home. “We were sitting in our living room when he suddenly stood up and dropped to one knee,” she says.
Their Wedding The couple enjoyed a tropical-themed beach wedding—including a sand castle-shaped cake—at Paradise Cove. “Of course, we had to throw some of our geekiness into the wedding,” says Jacqui. “After the boys arrived by boat, they walked in to the sounds of the UCF fight song. The girls took a slightly classier entrance to the instrumental of  Beauty and the Beast, to match my dress.”

"I thought I would be incredibly nervous, but the moment I saw Wayne, my nerves were completely gone.”  —Jacqui 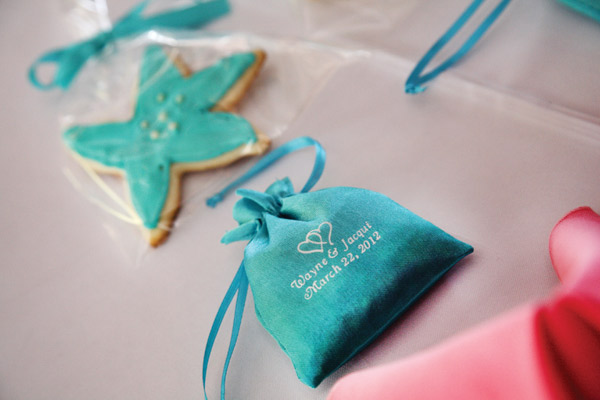 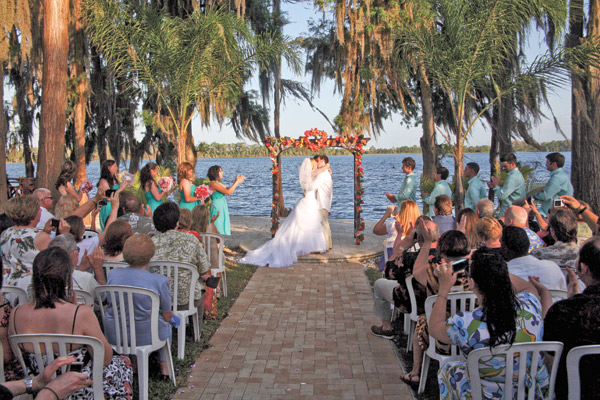 The couple share their first kiss as husband and wife. 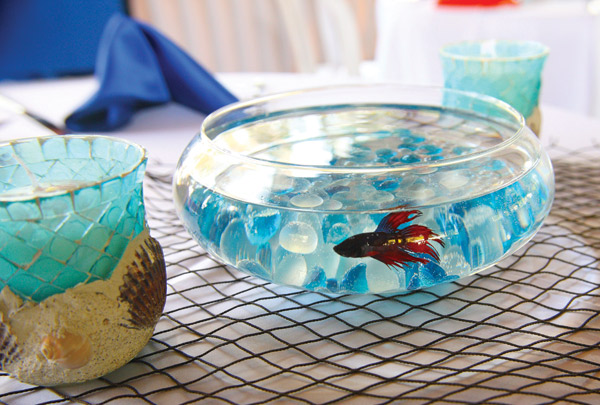 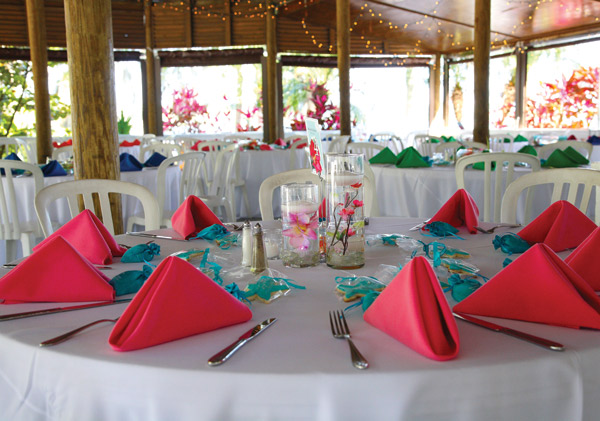 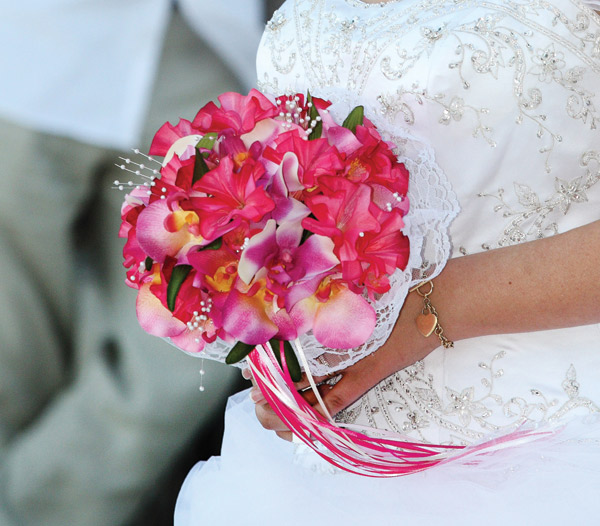 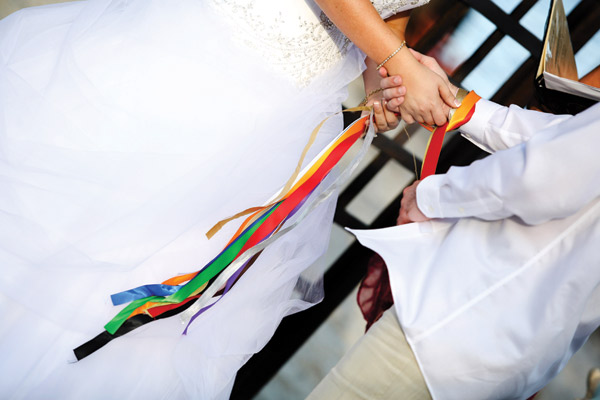 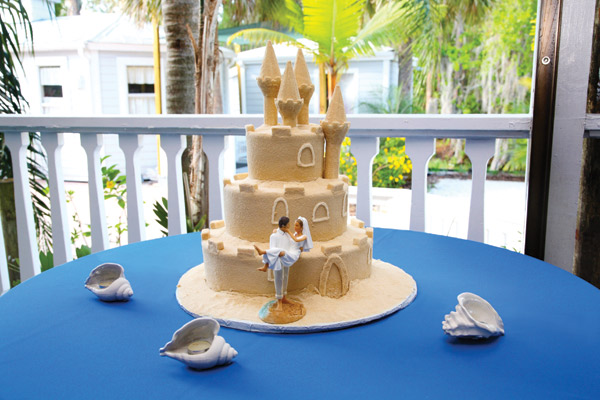 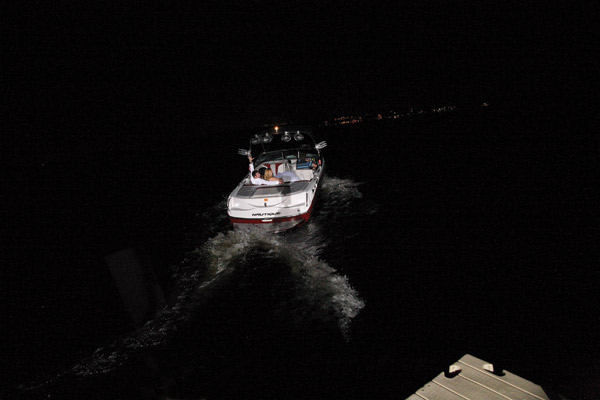 Jacqui and Wayne make their exit by boat.