Take a peek at a cool camera for taking adventure photos, an all-in-one remote and a watch that tracks your workout.

If you’re an adventure-seeker who wants to record every moment of your latest exploit, whether skydiving from 12,000 feet or scuba diving 100 feet under the ocean’s surface, a GoPro HD Hero is for you. The main appeal of this tiny digital camera is its versatility: Its specialized optional mounts allow you to affix the camera to your head, surfboard, wrist, vehicle or just about anything else. This shooter dares to go where you would never take your smartphone or digital camera. Enclose the camera in its waterproof case and you can take it to depths of up to 180 feet. Special optional attachments like an LCD screen or battery expansion make the small, wearable camera fit your needs. Its fisheye lens captures even more of the world around it, and you can snap single photos, shoot them continuously, or record video in high-definition at 1080p. You can even capture 60 frames-per-second in 720p video for the ability to edit in super-detailed slow motion. One downside of the GoPro is the lack of a flash, which hampered picture and video-taking abilities while scuba diving at a breathtaking cenote (underwater cavern) in Mexico. But the wrist mount has proved to be a good all-purpose attachment to secure the camera, even when surfing in big waves (above) kicked up by hurricanes off Florida’s east coast. $259.99 without mounts, $299.99 with helmet or motorsports attachments; gopro.com 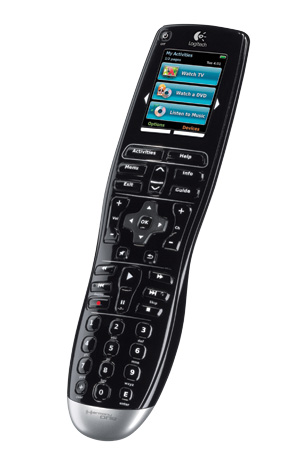 This all-in-one remote control replaces the mess of controllers on your coffee table. Program it on your computer with custom “Activities” presented on the touch-screen of this supersmart remote. Make a “Watch TV” activity to turn on your TV, cable box and receiver, ensuring everything is on the correct input with just one press of a button. $199.99; logitech.com/remotes/universalremotes 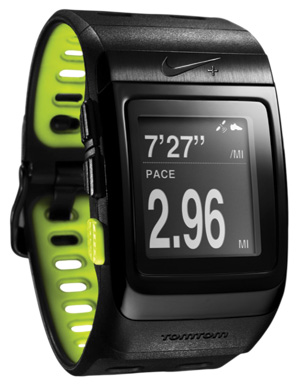 Track your pace and distance while running, biking, cycling or swimming with this GPS-powered watch from Nike. In addition to measuring speed, this watch can show your heart rate (with an external monitor) and how many calories you’ve burned. It’s also a digital coach, reminding you to exercise, gauging your progress and allowing you to set personal goals. $199.99; nike.com

This article appears in the November 2011 issue of Orlando Magazine.
Categories: Community
Tags: an all-in-one remote and a watch that tracks your workout., Take a peek at a cool camera for taking adventure photos