In Focus: Raising the Barre

Jorden Morris has ambitious goals for the future of Orlando Ballet. 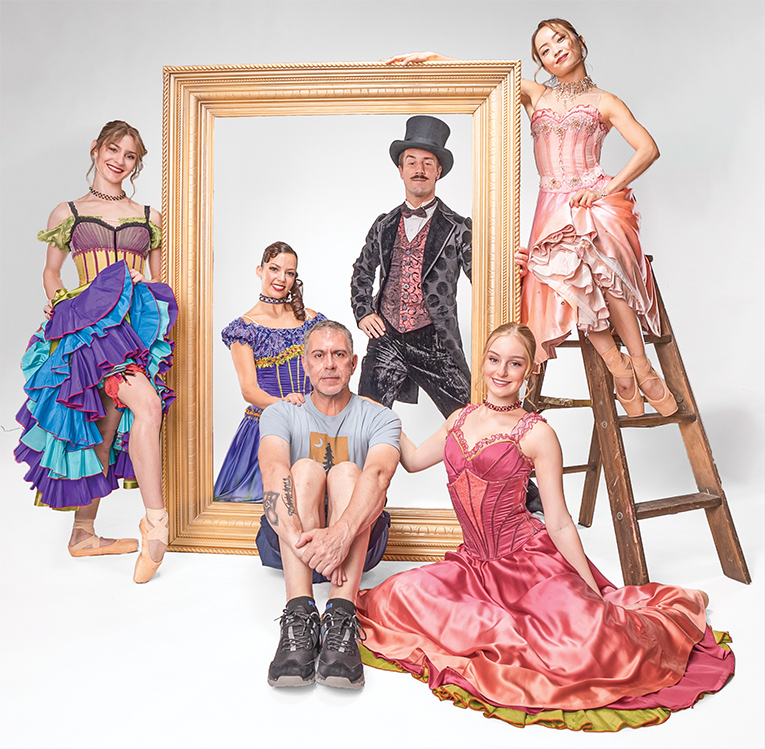 Jorden Morris remembers when he was dancing in Amsterdam and saw a father and son walking to see a ballet performance on their way home from a soccer game.

“Oh, look, ‘Sleeping Beauty’ is playing at the theater,” the dad said. “Do you want to go catch the matinee?”

For some, ballet is an acquired taste, like broccoli. For Morris, it’s a passion.

His mission: to show that ballet is for everyone.

“I think if we could get the psyche of North Americans a bit more open, as they are in the European cultural community, that would be a great thing.” People could come to view ballet through the same lens as organized sports. “There’s a connection there,” he said.

Since coming to Orlando in January 2020 as the company’s resident choreographer, he has worn those emotions well. Morris was named artistic director in December 2021 after Robert Hill abruptly stepped down after a 13-year run.

It’s an unlikely story of “How did you get here?” for a native of Banff in Alberta, Canada, who spent 11 years as a dancer with the Royal Winnipeg Ballet. Simply put, Morris has been a perfect fit for this city and its artistic community. 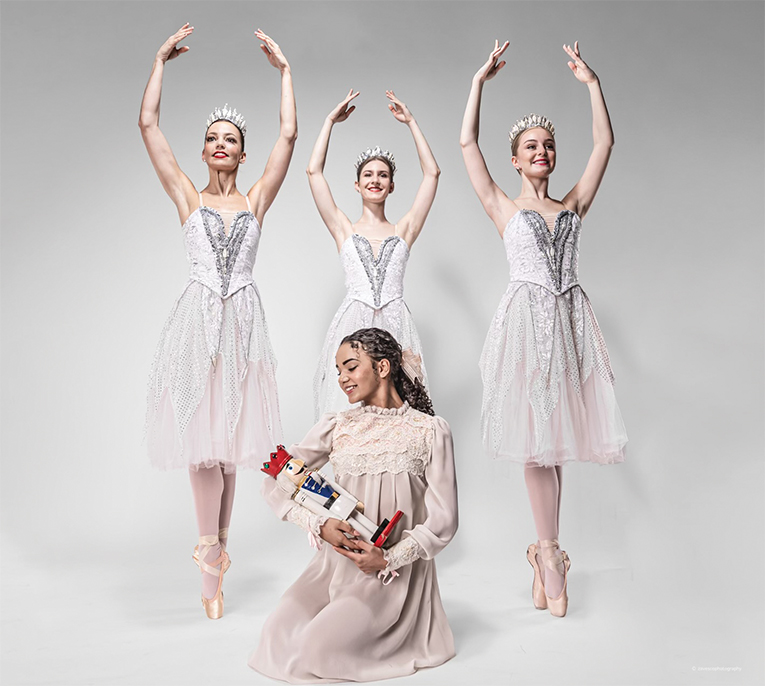 Orlando Ballet was poised to up its cachet when Morris came along, and his artistic and professional skill set fell in line with those goals. Lofty ones.

Orlando won’t notice any of those seismic changes for a while. Although it’s business as usual for the ever-popular “Nutcracker,” which runs from Dec. 2 through Dec. 18 at the Steinmetz Hall at Dr. Phillips Center for the Performing Arts, Morris is focused on a grander vision of the production for the 2023 season.

He recently showed a visitor a 3D model of the revamped presentation. It’s anything but a redo. It’s a new presentation driven by Morris and his artistic vision as Orlando Ballet gets set to celebrate its 50th season.

“I am going to make some new, unique alterations to it so that it is Orlando’s special production of ‘Nutcracker,’” he said, “It’s going to differ from any other ‘Nutcracker’ that you would see with some elements that I’m putting in—using animatronic puppets and things like that.”

That’s exactly why Morris is sitting in his office with a lake view off Princeton Street. 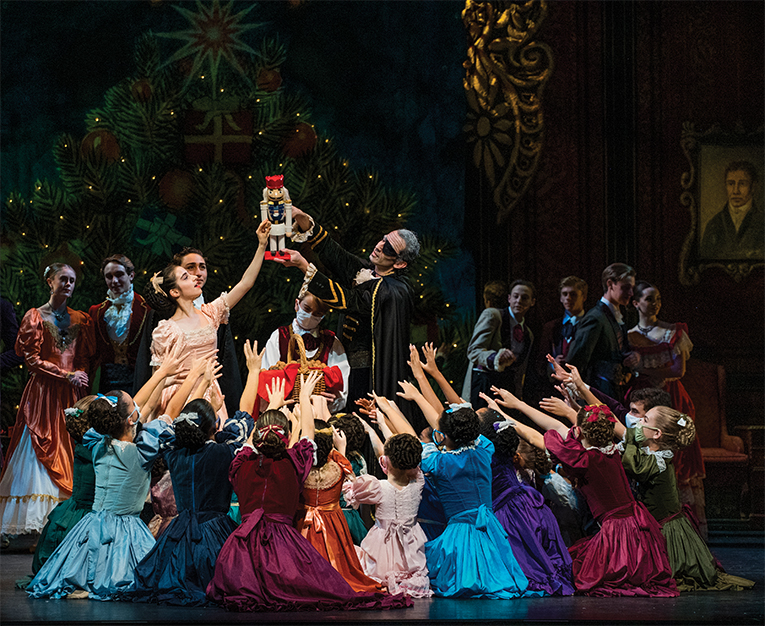 And the timing was perfect after Hill stepped down and the company established a much more solid financial foothold moving into its 50th season.
“You have to have the lens of a producer, and that’s where Jorden was the right person at the right time for us,” Collins said. “Three years ago, he would have been frustrated out of his mind because he wouldn’t have been able to create anything new or bring in the kind of works he is recommending for the company because we didn’t have the financial wherewithal.”

There will also be a more intimate performance called “Uncorked” (or Director’s Cut) in more of an informal “Ballet 101” presentation at Harriett’s Orlando Ballet Centre on Nov. 8 and Jan. 10. It will be a cozy, intimate setting with an audience capacity of approximately 330.

“I’ve changed the direction of it since I started doing it,” Morris said. “I try to make it a fun evening, but I try to pick themes that will be educational for the audience that also explains the inner working, that inside-baseball-talk about it.” 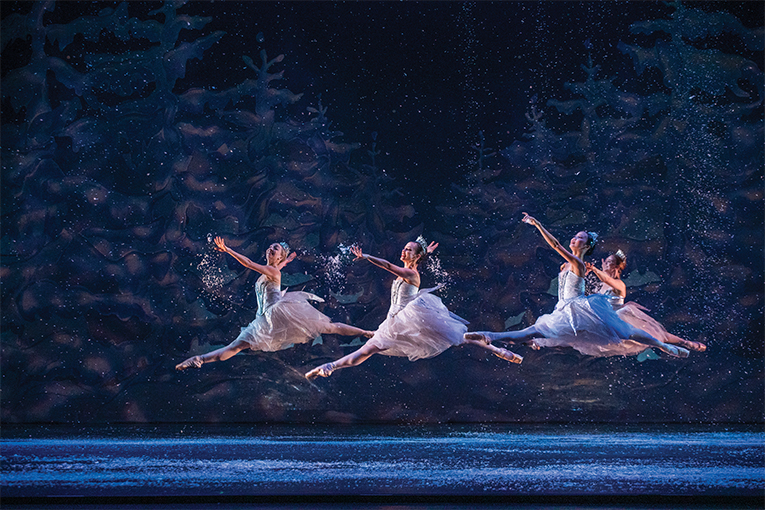 All carry particular significance for Morris. But “Moulin Rouge” bears a significant redo. During the height of the COVID pandemic, Morris had to cut 38 minutes out of a production in keeping with live audience protocols. This time it’s the big-bang production, complete with a live orchestra.

“It’s always nice to have that beautiful French music played live from the pit and an accordion player on the stage for ‘La Vie en Rose.’ It’s just really beautiful.”
Professionally and personally, Orlando is an excellent fit for this transplanted Canadian.

Morris, 55, gets his exercise fix every day by biking from his home in Colonialtown North to Harriett’s Orlando Ballet Centre. A garden has sprouted in his yard with avocados, Meyer lemons, and most recently, the first pineapple he harvested.

“I find it’s a lovely neighborhood,” he said. “There are really nice people here. My neighbors are all great. I’ve got a beautiful deck with a barbecue and garden.”
But obviously, he is growing and nurturing bigger things for the Ballet.

His previous role set him free in many ways. Now it’s a much broader vision for success. His focus now includes enhancements to production quality and expanding the mission of Orlando Ballet School and community enrichment. It’s all part of that creative balance.

“There are days I miss not having all the responsibilities of leading the organization and being able to just focus on my work or choreographing a piece or coaching the characters in their dramatic arcs and things like that,” he said. “It’s a big part of what I do.” 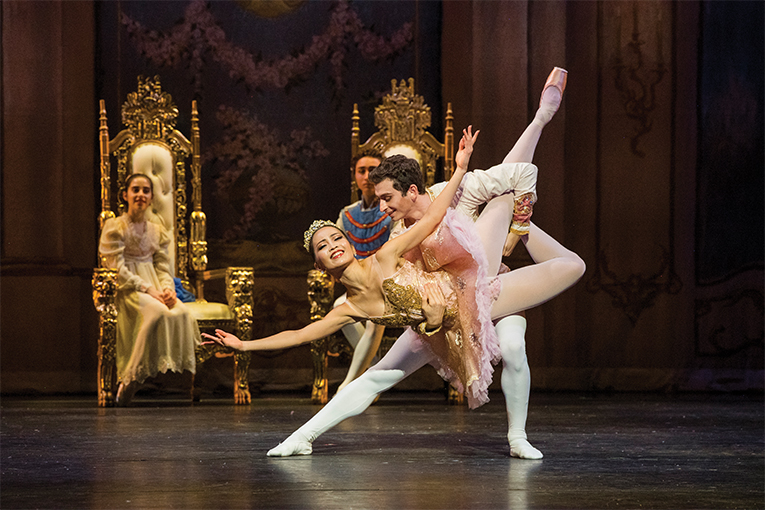 It wasn’t supposed to be an extended gig at first.

“And initially, I thought, ‘Well, this is great. I’ll get to know the company, the dancers, they’ll get familiar with me and my works, and this is a great little adventure.’ And that was pretty much all I thought about it. And then, here I am, through the magic of life and the journeys we take.”

Morris was preparing to set his production of “The Great Gatsby” when Hill resigned, setting the stage for his current position.

Home sweet home it is. It’s lovely except for one thing.

“All Canadians, we love the outdoors,” he said. “I just wish there was a little more hockey here.”

This article appears in the December 2022 issue of Orlando Magazine.
Categories: Performing Arts
Tags: ballet, dance, Orlando Ballet
Want to read the whole issue? Download and read this issue and others on Magzter.