Tempo and instrumentation transform into color for this 22-year-old TikTok sensation, who creates viral paint videos. 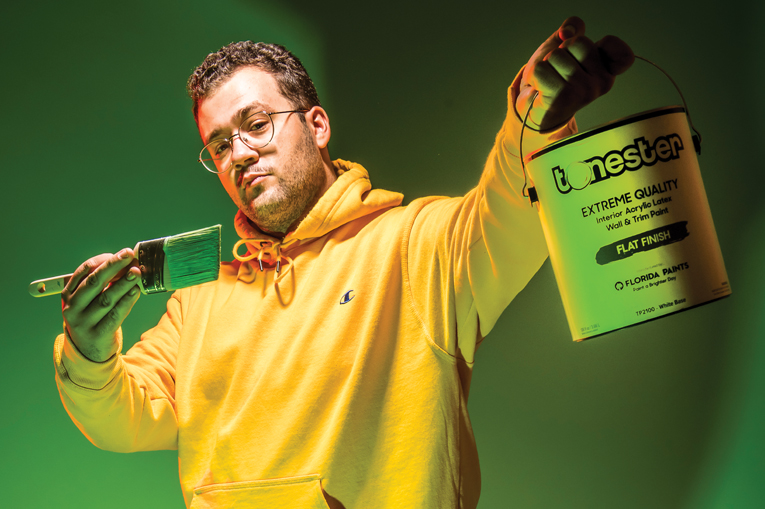 For most people, music evokes a feeling. But for TikTok content creator Tony “Tonester” Piloseno, it elicits swirls of colors that he mimics as he blends paint in his addictively soothing videos that have amassed 1.8 million followers.

Piloseno, who recently launched his own Tonester paint line with Winter Garden-based Florida Paints, sees color when he hears music. It’s a result of his having synesthesia, an unusual condition that stimulates senses other than the one being used.

The condition would manifest itself as Piloseno played trumpet in concert band through his senior year in high school. But it wasn’t until he began mixing paint while working at a Sherwin-Williams store in Athens, Ohio, at age 18 that he began to understand the correlation between music and color.

“I realized I associate different colors with different sounds of music,” he says. When he listens to music, he sees swirls of colors, much like the swirls he creates as he mixes paint. “I can almost see out of the corner of my eye something similar to a memory.” The color comes together based on “the tempo of a song and the instruments used.”

When Piloseno listens to a ballad by Adele, he sees “certain types of yellows and oranges, something that’s a little more vibrant,” while bass-heavy instrumental music can give rise to a soft blue with green. “The sounds blend together just like paint,” he says. 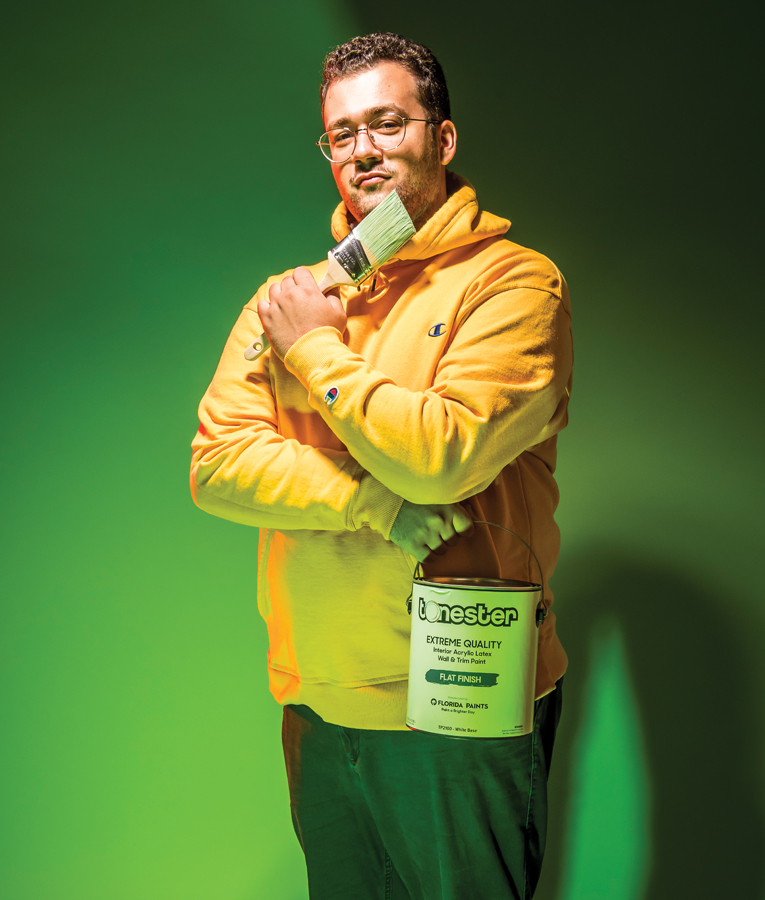 He began producing his videos—always backed by popular music—in December 2019. “Athens is not the most happening place. So at the store, I was hanging out and doing homework most of the time,” says Piloseno, who is finishing his marketing degree with Ohio University. “I thought it would be cool to make a video of myself making a paint color. I believe my sixth video got a million views,” he says. He has since monetized on TikTok and YouTube.

But he got fired for creating videos on company time, even though he paid for the paint he created during down time. When word got out via social media, “I received multiple job offers from all the major players in the paint industry.” But Piloseno accepted an offer from Don Strube Jr. of Florida Paints because “he was the only one who actually talked to me about our shared passion—the importance of color and paint.”

Piloseno is training as a sales associate, but part of his job is to create videos and grow his own paint line, sold at tonesterpaints.com. “On my website, you can choose either merchandise or color. It’s not merchandise or paint. We wanted to say ‘color’ because that’s what we emphasize,” he says.

Strube couldn’t help but notice Piloseno’s artistic eye and unusual techniques, such as using blueberries or coffee to achieve a certain shade. “Not only does he have a passion for color, he has a passion for our industry,” Strube says.

Florida Paints has gained broader brand awareness as a result of hiring Piloseno. “People say, ‘I’ve heard of you guys because of the TikTok guy.’ Internally, he’s helped all our employees raise our awareness on the power of social media,” Strube says.

For Piloseno, this is just the beginning. “My goal would be to become a recognized artist in creating color,” he says. He hopes his product line will become “the first well-developed paint brand started through the use of social media and the use of content creation.”

This article appears in the July 2021 issue of Orlando Magazine.
Categories: News and Features, People
Tags: color, musical hues, paint, tik tok, Tony Piloseno
Want to read the whole issue? Download and read this issue and others on Magzter.