In Focus: Diversity in Kids’ Books

Through their nonprofit, a dynamic duo provides books for kids that open up a world of diversity. 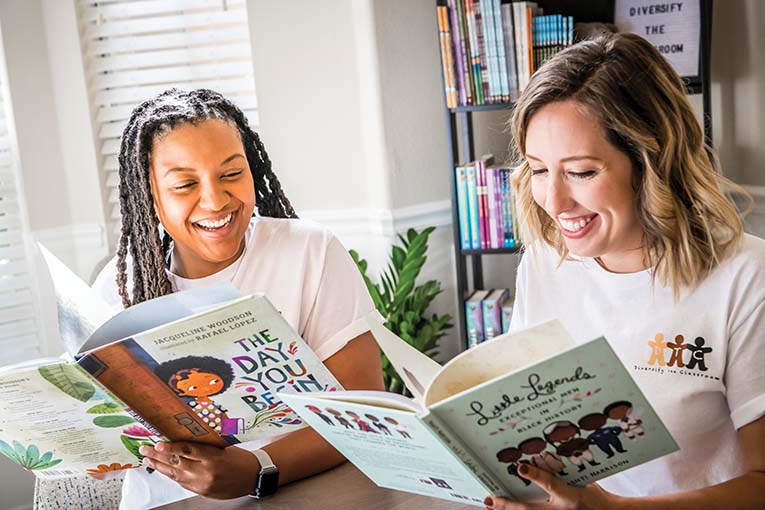 Maya Brooks (left) and Kaylin Bergeson have a long waiting list of teachers eager for books their nonprofit provides. (ALL PHOTOS BY ROBERTO GONZALEZ)

Kaylin Bergeson and Maya Brooks are superheroes right out of a children’s book. After they were furloughed from their “dream jobs” in broadcast production at Walt Disney World earlier this year because of the pandemic, they created the nonprofit Diversify the Classroom to get books with diverse characters into the hands of elementary school students.

Bergeson says it’s important to introduce children to books with protagonists who look like them—as well as those who don’t. “If children see themselves represented in various situations, their self-worth rises. And if they learn about other cultures, they become more accepting of them.”

Brooks says she and Bergeson considered gathering books for children of all ages but then settled on elementary students. “We thought we could have the most impact with younger minds because racism is learned, and if we can present lessons of tolerance and acceptance, maybe the children will grow up to be more tolerant adults,” Brooks says. “Also, if children learn about other cultures and their traditions, then maybe they will take a new tradition as their own and we can all be a nice, blended family.”

The Black Lives Matter movement, which intensified after George Floyd died in police custody in Minneapolis, was a catalyst for the creation of Diversify the Classroom in June. The two women say they felt it was unsafe to protest because of the coronavirus but decided they needed to take action to promote tolerance and equality for future generations. “I’m tired of people who look like me being shot,” Brooks says. “We have to do better as a nation.”

Diversify the Classroom uses its donations to buy books featuring protagonists of all races, backgrounds, religions and ethnicities for three age groups—grades K-1 (Considerate Cub), grades 2-3 (Tolerant Tiger) and grades 4-5 (Diversity Dragon). Next year, when the nonprofit chooses new books for its bundles, they will include one featuring an LGBTQ+ character. 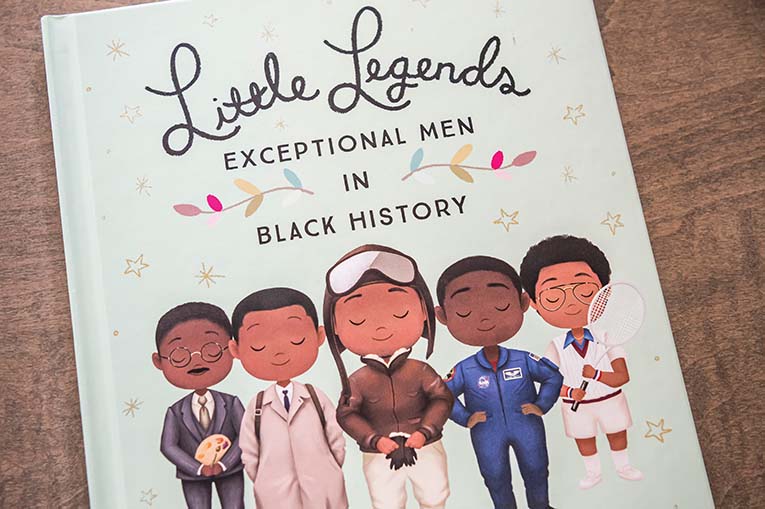 The books are bundled into sets of nine titles for each age group and then given to teachers nationwide. Anyone can nominate a teacher to receive a book bundle, and teachers can nominate themselves. Eighty-six teachers in Florida and 19 other states are on a waiting list right now.

The need for diverse books for children is great, according to the Cooperative Children’s Book Center at the University of Wisconsin-Madison (ccbc.education.wisc.edu). The center found that in 2019, 16.5% of U.S. books for children and teens featured Black characters while 52.4% featured white characters (or animals). Other percentages of books about or by diverse authors are Asian, 17.7%; Latinx, 11.4%; Indigenous, 1.8%; and Pacific Islander, 0.2%.

As of early October, the nonprofit had raised more than $8,000, which allowed for the purchase of more than 585 books given to 65 teachers nationwide. Although most were mailed, Bergeson and Brooks personally delivered books to 17 teachers in Orlando, Melbourne and the Tampa area.

A delivery to Grace Christian School in Valrico near Tampa was especially gratifying for Brooks, a former student. “When I attended the school, I didn’t feel like there was a lot of representation and inclusion, so it was rewarding to bring diverse books to the school,” she says.

One of the Orlando teachers, Jamie Quinn, says she and her first-graders at Laureate Park Elementary School in Lake Nona were delighted by the “exemplary books” they received.

“By adding these amazing, diverse books to our classroom library, I have been able to offer my students varied perspectives of the world,” Quinn says. “These titles have helped my students build empathy and understanding for those who look, act, talk or think differently from them.”

Go to diversifytheclassroom.com to make a donation, nominate a teacher for a book bundle or volunteer. The nonprofit needs help stamping and bundling books and is also looking for people to film themselves reading a children’s book for its YouTube channel. It also hopes to collaborate with local businesses. For example, the pop-up bakery Orlandough recently designed a doughnut with a pineapple and coconut filling inspired by the Tolerant Tiger book bundle. Orlandough donated part of its proceeds from sales of the doughnut to Diversify the Classroom. 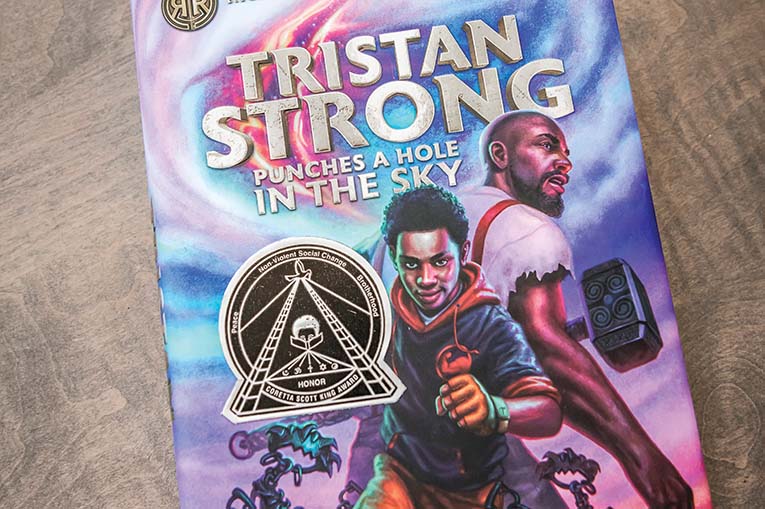 Tristan Strong Punches a Hole in the Sky by Kwame Mbalia

Here are a few of Diversify the Classroom’s favorite books.

The Day You Begin by Jacqueline Woodson  A story to remind children that we all feel like an outsider at some point, but we bravely move ahead anyway. And sometimes, when we reach out and begin to share our stories, others will meet us halfway.

Julián Is a Mermaid by Jessica Love This jubilant story of self-love is also a radiant celebration of individuality. After a boy sees three magical, costumed mermaids on the subway, he wants to create a costume, dress up like the mermaids and dazzle the world.

Mindy Kim and the Yummy Seaweed Business by Lyla Lee An Asian-American girl feels out of place at school, where some of the kids are not fans of her dried seaweed at lunch. She starts a snack business to make friends, find the courage to be herself and raise money to buy a puppy.

Tristan Strong Punches a Hole in the Sky by Kwame Mbalia A masterfully told story about a boy struggling with grief. He is sent to his grandparents’ farm in Alabama to heal, and the farm becomes a richly imagined world populated with African American folk heroes and West African gods.

Other Words for Home by Jasmine Warga This Newbery Honor Book, written in verse, features a girl who must leave her beloved older brother and father behind in Syria to move to the United States with her mother. That change brings new friends and unexpected surprises.