In Focus: A Homegrown Star Returns 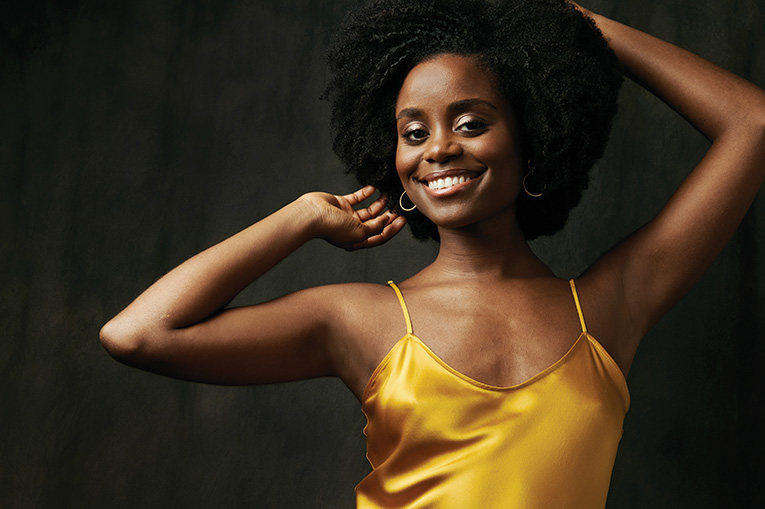 Central Florida singer-actor Denée Benton, a Trinity Preparatory School theater alumnus, is a star who just keeps rising. Nominated for a 2017 Tony award before clinching her role as Eliza in Broadway’s Hamilton, Benton in March will begin filming a juicy part in Julian Fellowes’ upcoming HBO period drama The Gilded Age. Meanwhile, she married her college sweetheart in January and will perform in a Trinity Prep concert Feb. 29, “Danhof Series: Homecoming—An evening with Denée Benton in Concert.”

It feels, to Benton, like a “beautiful full-circle moment” to return home and sing Broadway favorites on the stage where she confirmed her love for theater under the direction of teacher and fine arts chair Janine Papin. The 7:30 p.m. leap day performance Papin orchestrated will be held in the Trinity Prep auditorium.

Meanwhile, Benton and The Gilded Age cast will be meeting with historians and taking period etiquette lessons to prepare for their roles in the epic story of New York City’s millionaire titans of the 1880s by the Downton Abbey team of Fellowes, producer Gareth Neame and director Michael Engler. Film stars Christine Baranski, Cynthia Nixon and other luminaries have joined the cast. Benton will play the role of Peggy Scott, a young African-American woman posing as a maid as she pursues her dreams of becoming a writer.

“What really drew me to her, and something I love about the show, is that it’s centered around the women in the story and especially in that time period,” she says. “There are things that we expect of women at that time—stereotypes that are very embedded in our subconscious. What I love about Peggy is she steps out and really challenges what we would expect of a black woman at that time … and has the audacity to follow her own instincts and her own dreams. I think it’s a really important character to have on television right now, especially in our current political climate.”

Benton, who graduated from Trinity Prep in 2010, earned a Tony nomination for playing Russian countess Natasha Rostova in the 2016 musical Natasha, Pierre, & The Great Comet of 1812. She stepped into the character of Eliza Hamilton in Hamilton on Broadway in October 2018 and wrapped the role in December 2019.

“Eliza always felt special to me because of her strength and grace and the challenges she went through. While still somehow figuring out how to maintain and be the protector of this legacy [she] reminds me a lot of the women in my life: my grandmothers, my aunts, my mother—these women who made sweet lemonade out of the sour lemons that sometimes were handed to them,” says Benton. “And so I was inspired to get to walk in their shoes.”

Suiting up for stage and film roles in period dramas “seems to be my niche—this will be the third show in a row where I am in 1800s period drama wear,” Benton says, laughing at the twist of fate. “I’m well familiar with the corset, and I don’t know how women lived in them for so many centuries. But at least I don’t have to sing in this one!”