How Sweet It Is: Inspiration from 3 Real Central Florida Weddings

These three couples successfully captured the essence of their romance on their special day through thoughtful décor choices and their obvious love for one another.

If someone had told Katie Bludsworth, 25, that she’d end up marrying her high school lab partner, Devinn Heard, 25, she wouldn’t have believed it. But from Devinn’s point of view, the pairing wasn’t too surprising. The two stayed in touch after their graduation from Edgewater High School and despite attending different colleges, their correspondence had picked up even more by their senior year. “Devinn told me that it felt like he was supposed to stay in contact with me,” explains Katie. He was right: Before long they were dating—years after that first meeting in anatomy class.

After getting engaged during a trip to Savannah in January 2016, Katie and Devinn began to plan their dream day. “I always knew I wanted to have a rustic barn wedding and wear cowboy boots under my wedding dress,” says Katie. In a little less than a year, her charming country fête became a reality at 3M Ranch in Bushnell. The ceremony was held in the woods with cows mooing in the background. Once the couple exchanged vows, the party moved into a barn on the property that was illuminated with twinkling lights. Wooden signs printed with scriptures were displayed around the room and lanterns cast a warm glow on the dining tables. As wedding favors for their guests, Katie and Devinn gave everyone s’mores kits labeled “Grab S’more Love”—perfect for roasting at the outdoor bonfire. 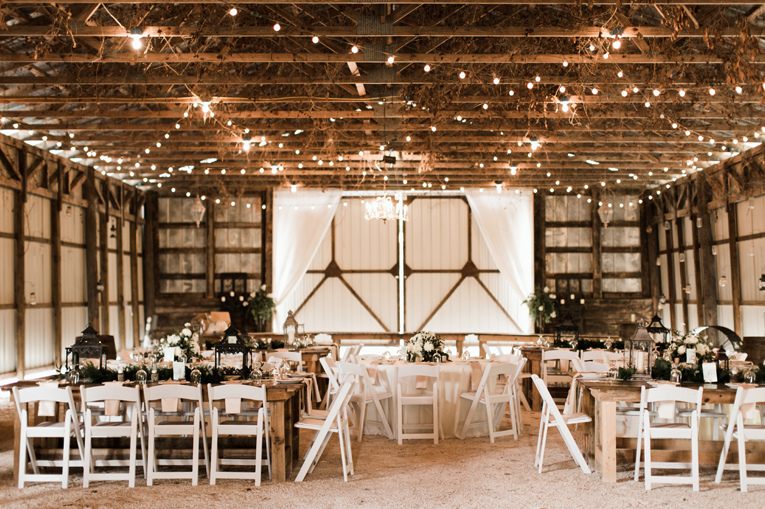 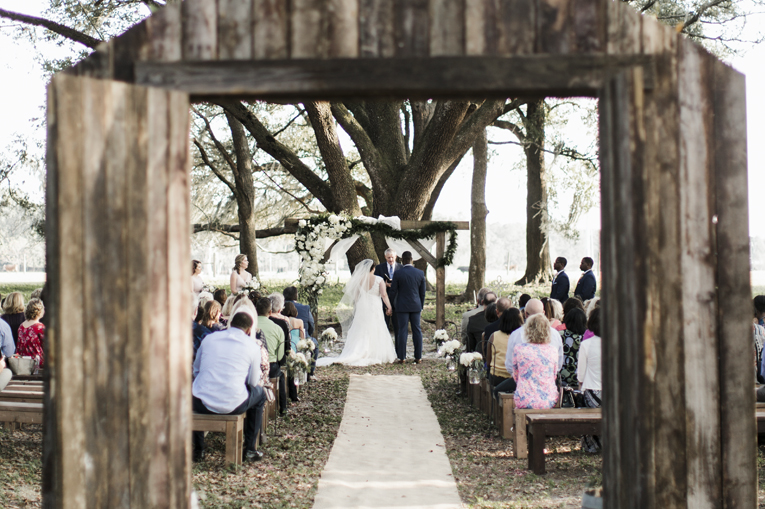 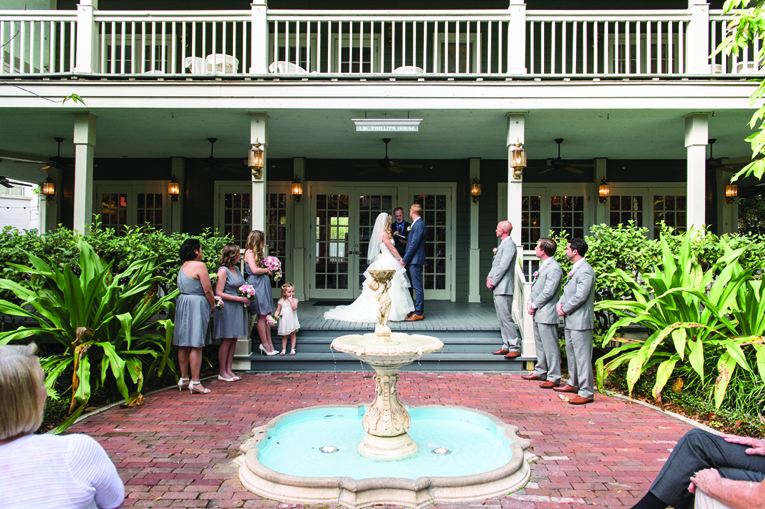 When Jayson Roberts, 40, first saw Denise Williams, 33, at Eddie V’s restaurant, he knew he had to talk to her. With a little cocktail courage, he struck up a conversation and the couple exchanged phone numbers. Jayson, knowing he had an upcoming work trip that would take him away for two weeks, immediately asked her for another date to keep the spark alive. That spark continued to grow and on a trip to Charleston for Denise’s birthday weekend, Jayson got down on one knee in front of the area's iconic Angel Oak Tree and asked for her hand in marriage.

With both of their families living out of state—Jayson hailing from Ohio and Denise from Maryland—they wanted to hold the ceremony and reception at the same venue to make it easier for their out-of-town guests. When they saw The Courtyard at Lake Lucerne, they knew it was the right venue for their intimate affair. “When it came to planning, we’re both pretty decisive people,” says Jayson. “It was a fairly seamless process; we were on board with everything.” The wedding party donned gray with the bridesmaids carrying pink and white bouquets. The same color palette continued into the reception with silver-lined tablecloths, festive flower arrangements, and a white cake with a pink rose design. 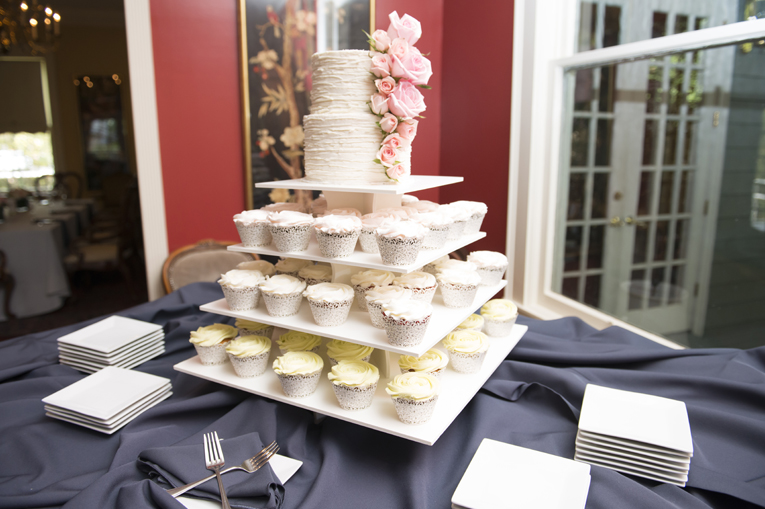 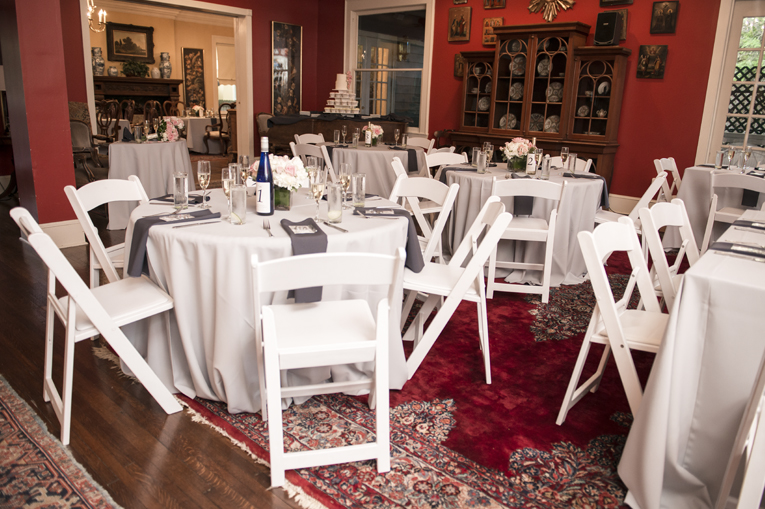 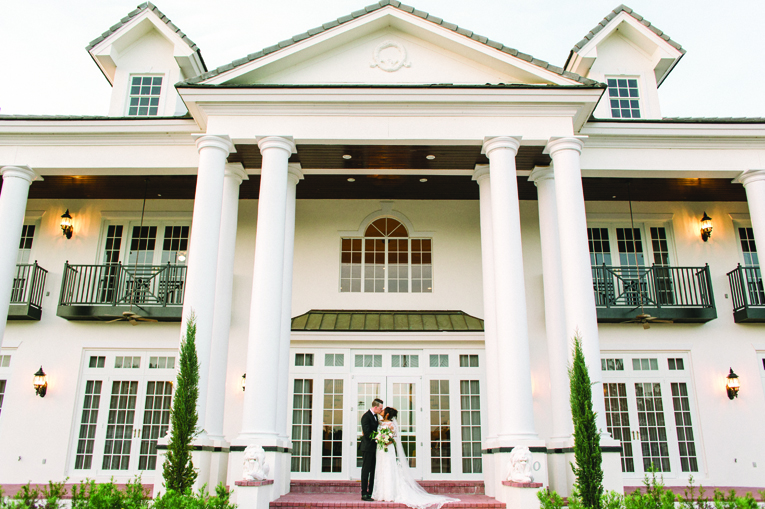 Celeste Richards, 26, and Caleb Grant, 25, first met as teenagers while they were attending a church camp in Ontario, Canada. After it was over, the friends parted ways. Thanks to social media, the pair continued to be a part of each other’s lives. Eventually their friendship took a romantic turn, and they began to plan trips so they could spend time together. They dated long-distance for more than three years until Caleb popped the question at a park near the Canadian Parliament Buildings in Ottawa. “When I first reconnected with Celeste, she gave me an acorn and told me to keep it,” says Caleb. “So on the day we got engaged, I filled a mason jar with acorns and told her to count them. At the bottom was the ring.”

When it came to planning their nuptials, Celeste knew she wanted everything to feel timeless. Playing off the idea of a classic Mediterranean garden party, the reception, which was held at Luxmore Grande Estate in Winter Springs, was filled with greenery. Eucalyptus sprigs and candles lined the tables and the fireplace and also adorned the cake. Guest favors were little bottles of olive oil infused with fresh rosemary—a nod to Celeste’s love of cooking. But for the couple, the most magical part of the day was during the ceremony. “Since our backstory was rooted in our faith, we wanted to have a moment to honor God, so everyone sang together,” says Caleb. “By the end, there wasn’t a dry eye.” 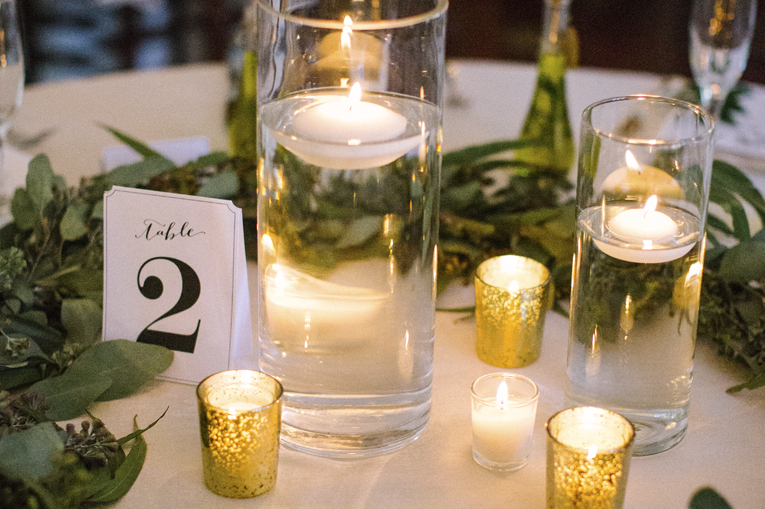 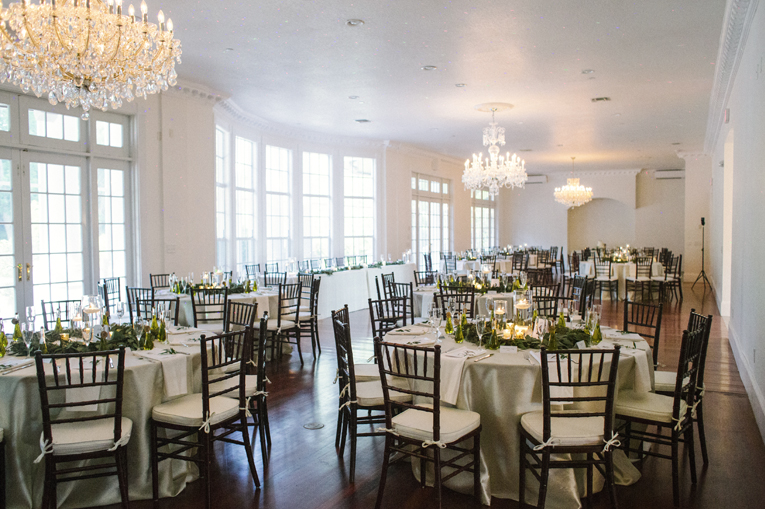