Home+Garden: Taste of the Vineyard

A state-of-the-art cellar at a Mount Dora estate is the perfect place to “wine down” after a long day.

It wasn’t until Scot Holman went to Napa that his casual wine habit became a full-blown—and full-bodied—hobby.  After a tasting at a winery turned into a three-hour vino crash course, Holman was hooked. “We were with a new sommelier, and she unloaded a ton of information on us. It was then I realized how much deeper it went. I’m an eye surgeon, so details and nuances are what I do,” he explains.

Since then, Holman’s thirst for discovering and collecting wine has grown steadily. When he decided to build a home in Mount Dora, it only made sense that his wine cooler would get an upgrade, too. Holman teamed up with custom home builder Barry Beck to bring his new estate to life. The result: A 12,600-square-foot, Mediterranean-inspired property named La Maddelena. However, it wasn’t until the framework was underway that the current layout of the wine room came to fruition. “Initially, the original space where the wine room is located started out as an open bar with a 400-bottle wine room as a feature,” says Beck. “During the construction process I noticed that Scot was getting more involved with wine and purchasing more weekly.” Conversations between the two led to the realization that they needed a bigger space. Before long, the planned 400 bottles grew to 2,200.

Unlike typical wine cellars that tend to be tucked away, Holman’s is a focal point on the first floor. “It ties all the adjoining rooms together,” explains Beck. “The darker rustic elements spread around the home are all anchored by the wine room’s elegance.” The 150-foot space is nestled in between the kitchen and the living room, and adjacent to the dining room (an area that also has a wine-inspired element in it thanks to the arched ceiling beams that mirror the inside of a barrel). 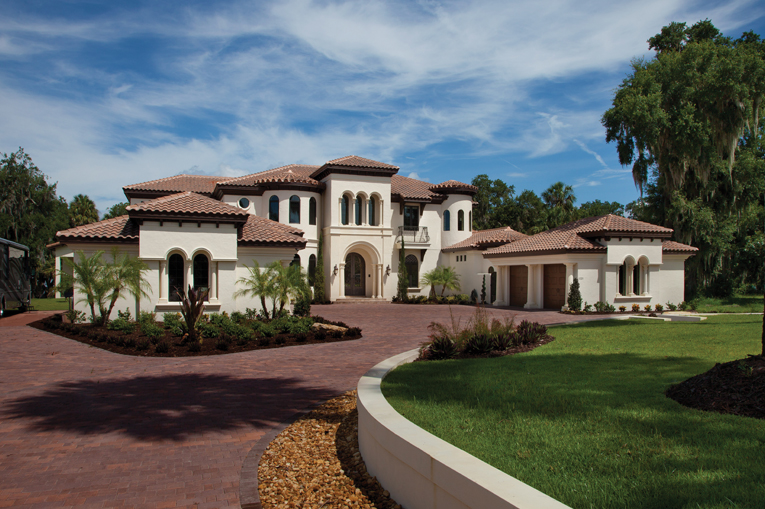 To maintain a feeling of openness, the wine room’s exterior has thick single panes of glass built into three of its sides, so it can be seen from various angles. On the interior, Beck teamed up with CRū Custom Wine Cellars to create a one-of-a-kind room with walnut counters, slate tile floors, a Venetian plaster ceiling, and custom wooden racks illuminated with LED lighting. There also are racks along the back wall that create a cascading waterfall effect. “I wanted to give it a unique look and maximize storage capability,” says Holman.

The most striking part of the room, however, is the vast amount—and variety—of wine. Organized by region and grape, Holman’s collection has a little of everything, from rich California cabernets to French rosés to a selection of dessert wines. Along the back wall are his specialty and rare reserves, dubbed his “do not touch” wines, that are uncorked only for special occasions. “Wine is like a human when we age,” explains Holman. “From the time it’s first bottled, it continues to change with time. It’s alive, so you can’t quite replicate what wine adds to a meal or standing alone with any other beverage.” Certainly, Holman’s wine room at La Maddelena is worth raising a glass to.