Home for the Holidays at Universal

From Hogwarts To Macy's, Universal Offers A Multitude of Holiday Festivities 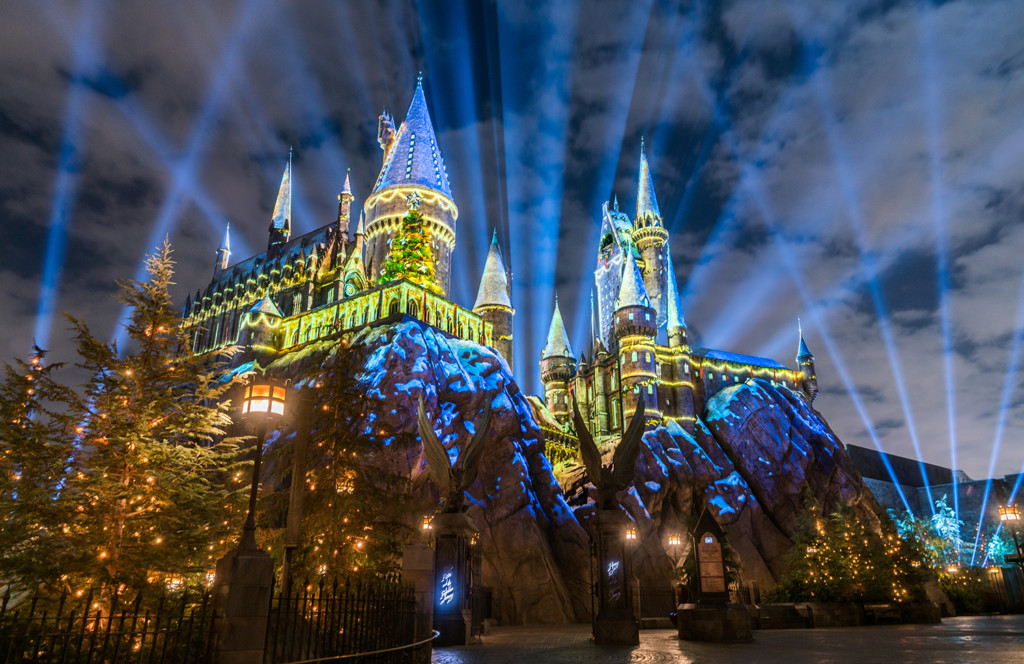 During most of the year at Universal’s Wizarding World of Harry Potter, the Dark Arts light up Hogwarts Castle at night, with Death Eaters and the like being let loose in a dazzling yet foreboding show. But during the holidays the mood turns decidedly festive: 24 projectors bringing the castle to life with fairies and ice sculptures that give way to the warmth of a Yule Ball, all of it synchronized to an eight-minute score by the London Symphony Orchestra. When it premiered two years ago, the show was the crowning moment for Universal’s creative team, who had always imagined Christmas in Hogsmeade (Have you ever wondered why the village is set in wintertime?). 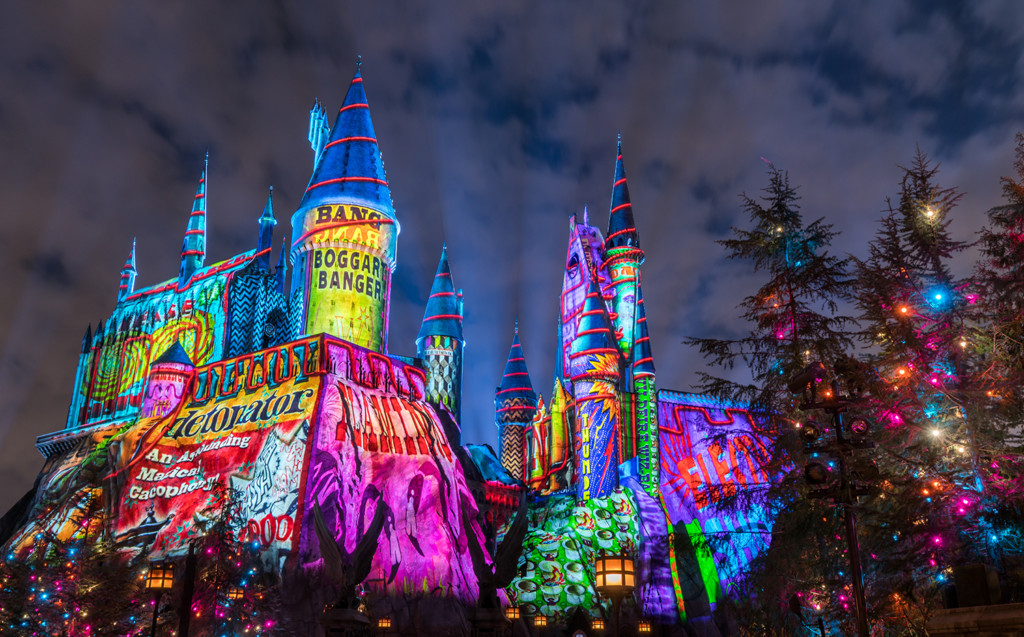 Stroll through festive Hogsmeade with a cup of hot butterbeer in hand (a seasonal treat) and notice that the decor is anything but one-size-fits-all. For instance, the garlands over Gladrags are woven with dusty-rose ribbons that just might be from the same spool that accents Hermione’s Yule Ball gown, and white owl feathers decorate the garlands over the post office where owls serve as couriers. Christmas in the Wizarding World of Harry Potter continues in Diagon Alley at Universal Studios too, where guests exploring London’s cobbled streets stocked with shops for wizards are serenaded by a set of holiday carols by Celestina Warbeck and the Banshees.

Universal Studios is also where Orlandoans make the Universal Holiday Parade featuring Macy’s their very own tradition. No need to stake a NYC curb before sunrise on a sub 30-degree Thanksgiving morning; they can enjoy a parade on a clear 60-degree Central Florida evening of their choice between now and January 5.

Universal’s parade got a three-years-in-the-making update that premiered in 2017 with 16 giant balloons and 15 floats—each with its own cast of performers—animating the streets of New York at Universal Studios. From the gingerbread scent that wafts through the crowd as the three little pigs from Shrek pass by in their gingerbread house to Santa gathering up and throwing imaginary snowballs and real holiday cheer, this parade has the power to grow even the Grinch’s heart three sizes in one day.

Categories: Arts and Events
Want to read the whole issue? Download and read this issue and others on Magzter.