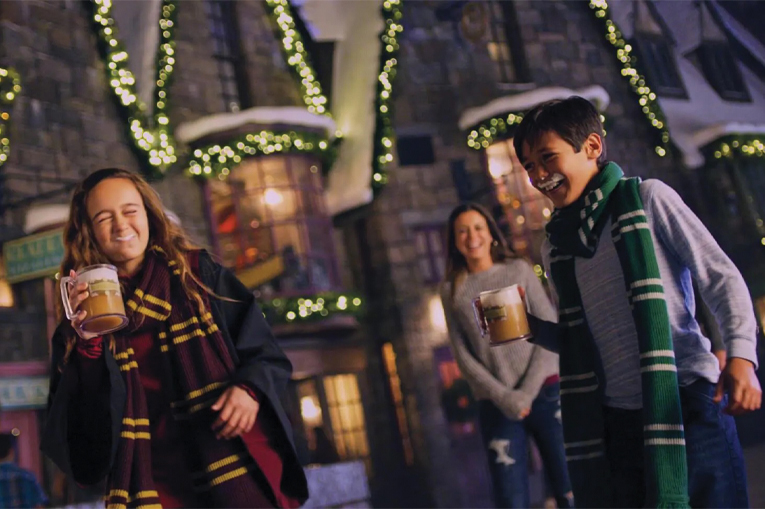 The “Awesomest Celebration of the Season” is in full swing through New Year’s Day.

At Islands of Adventure, Seuss Landing gets a holiday makeover, Whoville-style. And if you can’t think of Christmas without thinking of the “Grinch Who Stole Christmas,” sit in for “The Grinchmas Who-liday Spectacular,” a live retelling of the Green One’s favorite tale.

During this special time of year, can there be anything more magical than Hogwarts Castle and the snowy village of Hogsmeade?

From dusk until closing, Hogwarts Castle becomes the backdrop for a spectacular, eight-minute light show that tells the story of the Magic of Christmas and should not be missed.

Check out Universal’s Holiday Parade featuring Macy’s at Universal Studios Florida. The daily parade features larger-than-life balloons and characters from “Madagascar” and “Shrek.” And, of course, there are Minions, the lovable little purveyors of silly mayhem from “Despicable Me.” universalorlando.com AB 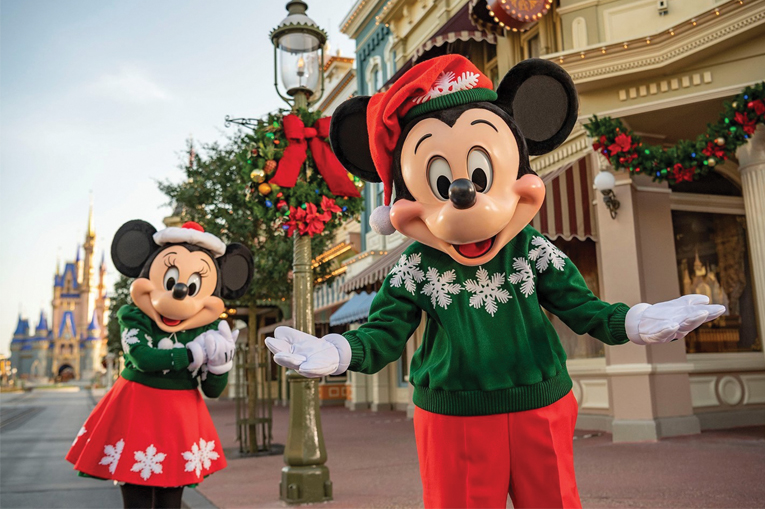 The EPCOT International Festival of Holidays, which runs through Dec. 30, is a fun way to learn about other nations’ customs, traditions, and, of course, foods.
Visit with jolly St. Nick in the Odyssey Pavilion through Dec. 24 and learn of diverse traditions worldwide from a Hanukkah Storyteller on the promenade between the Morocco and France pavilions.

If you like cookies, especially colorful holiday treats, make time for the Holiday Cookie Stroll challenge to earn a special confection from Sweets & Treats Holiday Kitchen.

Once the sun starts to set, head to the American Gardens Theatre for the Candlelight Processional to hear the stirring story of Christmas presented by a celebrity narrator and accompanied by an orchestra and choir.

At Disney’s Hollywood Studios, catch the Santa Claus Motorcade and see the jolly elf himself cruising down Hollywood Boulevard in his candy-apple red convertible.

“Frozen” fans won’t want to miss “For the First Time in Forever: A Frozen Sing-Along Celebration,” as it presents a heartwarming finale specially written for the holiday season.

If you’re looking for a Christmas celebration that’s a little different, enjoy the magic of nature at Disney’s Animal Kingdom. This park’s holiday spirit is understated and multicultural, perhaps refreshing after days of glittering festivities.

Even if you never step foot in one of the theme parks, you can still immerse yourself in the Disney Christmas experience with a day (or two) at Disney Springs. All the shops and restaurants light up for the holidays, and special events can be found throughout. disneyworld.disney.go.com AB

SEAWORLD’S CHRISTMAS CELEBRATION
Through Jan. 3: The marine life park is transformed into a winter wonderland with millions of lights and dozens of entertainment and dining experiences. SeaWorld holiday celebrations are perhaps the most culturally diverse of all the theme parks in Central Florida. SeaWorld offers a Hanukkah Celebration, from Dec. 18-26, Kwanzaa Festivities from Dec. 26-Jan.1, and special Latin foods and festivities to observe the Three Kings Celebration on Jan. 1, 2 & 6. seaworld.com

LEGOLAND’S CHRISTMAS BRICKTACULAR
Through Dec. 31: The jolly times happen on weekends until Dec. 22, when they are held daily. Even the littlest ones in the family will delight in Christmas characters made entirely of LEGO bricks, as well as a 30-foot LEGO Christmas tree. The park is jingling with seasonal stage shows, such as the Holly Jolly Jubilee, holiday characters, special treats, live music and dance parties. legoland.com