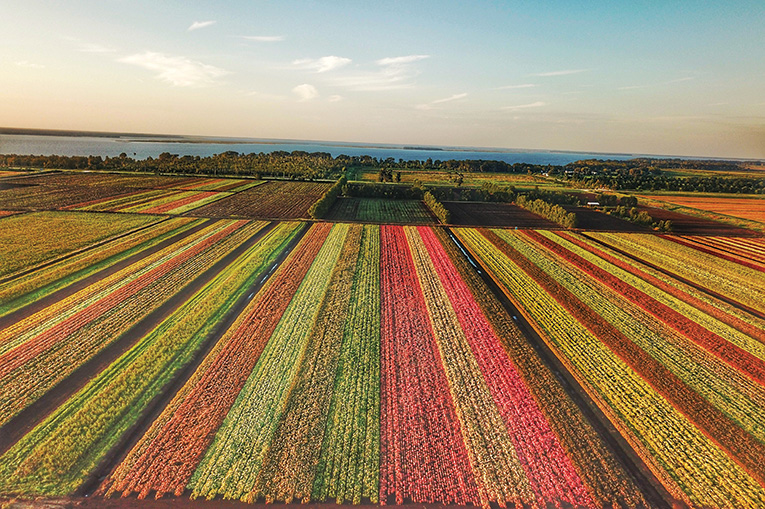 The Town of Murals

Small-town Americana is alive and well in the heart of Florida. Case in point: Lake Placid, with a population of roughly 2,500. This sleepy speck of a town—surrounded by cattle and horse ranches, crimson fields of caladiums and golden groves of citrus—has an unusual claim to fame: It’s known as the Town of Murals.

The idea to beautify the downtown came from residents Harriet and Bob Porter. In the 1990s, they made a motorcycle trip to British Columbia, stopping in Chemainus. This small Canadian town, facing economic downturn, revitalized itself by becoming an outdoor art gallery of wall murals. The Porters returned home, formed the Lake Placid Mural Society, and the rest is history.

A walk along Main Street and Interlake Boulevard, with detours down side streets, results in the viewing of 47 murals that tell the story of Lake Placid and its countryside. Painted on buildings’ exterior walls, the murals range from the larger-than-life Cracker Trail Cattle Drive, measuring 175 feet by 30 feet, to the audio-enhanced The Lost Bear Cub, with a recording of the sounds of black bears and bees. Noteworthy are Florida artist Keith Goodson’s murals where cattle seem to charge at you, open-mouth bass lunge at passersby, and airboats fly off the wall, thanks to his well-executed 3D effect.

Through the artwork, you can learn about the area’s turpentine industry, its first bank robbery in 1931, the town’s clown school that graduated more than 1,500 clowns, and the hunting of Osceola turkeys. The murals also pay homage to the town’s most notable citizens, including Melvil Dewey (inventor of the Dewey Decimal library classification system), who built a winter resort here.

Stop in the Chamber of Commerce’s art gallery to view renderings of the murals, watch a video, and buy the guidebook ($4), which includes a map and hints of hidden words and faces (think Hidden Mickeys) that are in each of the paintings.

If you happen to find yourself in front of the Train Depot mural, pop into the nearby Lake Placid Historical Society Depot Museum. Docent Jerry Pendarvis, dressed appropriately in bib overalls reminiscent of a train engineer, will show you some local treasures—an antique piano, a linotype machine, a dress Jacqueline Kennedy left behind, and a 1950s photograph of his grandfather—who arrived in the community in 1905—working a grinding stone.

June through October, the caladium fields burst with color. An easy sighting is along County Road 621 East (three miles from downtown). The plant that originated in the Amazon jungle is celebrated with a festival (July 24-26)—the perfect opportunity to buy Florida Cardinal, Pink Summer, White Christmas and other exotic varieties from local farmers. 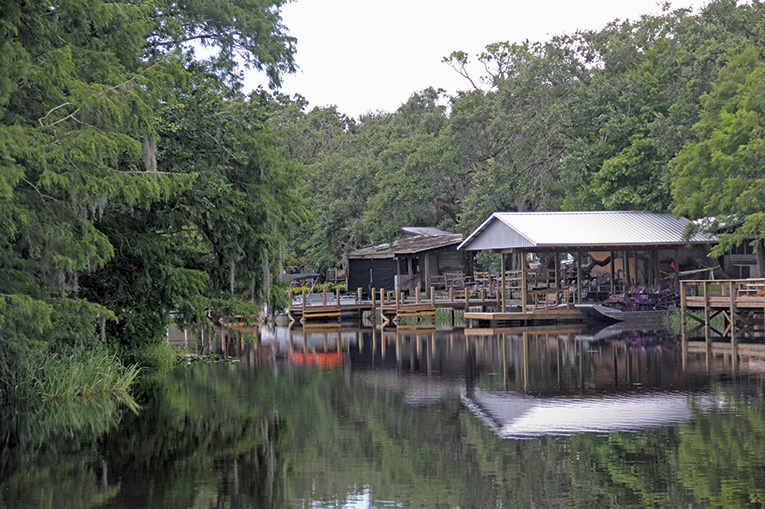 When it’s time to drop off the grid, head into the wilderness of the Lake Wales area. Here, it’s easy to slip away and get lost in Central Florida’s natural surroundings. Roller coaster roads flanked by fields of citrus and grazing cattle lead to Camp Mack, a Guy Harvey Lodge, Marina & RV Resort.

Tucked away on a canal that flows into Lake Kissimmee, this rustic outpost is a no-frills spot that surprises with its casual, calming environment. It’s where you can fish for bass, hop on an airboat, or just relax and shoot the breeze with other outdoor enthusiasts around a fire pit. Think of it as an Old Florida fish camp kicked up a notch by the Guy Harvey brand. Cabins and guest rooms, furnished with hand-hewn wooden beds and rocking chairs, feature fish paintings by the marine wildlife artist.

Anchoring Camp Mack is a “village,” or gathering spot. From its dirt road and car park shaded by granddaddy oaks, you can walk to the water’s edge and cast a line or board a boat and cruise into the Kissimmee Chain of Lakes. A weatherworn shack houses big blue plastic barrels filled with shiners and minnows—live bait. A sister shack is where fishermen clean their catch, and a general store has everything you’ll need—even advice on where the fish are biting.

If you’re up for angling, book a guide. Seasoned fishermen can enter bass tournaments that are held throughout the year. A pavilion used for the weigh-ins and awards is also the place for the monthly shindig—music by the Red Hot Roosters Trio, dancing, a game of cornhole, plenty of beer and a food truck.

Camp Mack is also where Alligator Cove’s airboat nature tours depart. For 14 years, Darald Meyers has been taking folks into nearby marshlands and Lake Hatchineha. As his airboat glides over the waters, you’ll see bald eagles overhead, an endangered snail kite nestled in the grass and even a crested caracara perched on a branch. Alligators from 3 to 10 feet can be spotted. But the quietly roaming marsh cows and a silver calf sitting peacefully in the muck are sights you won’t see on other airboat rides.

At the end of the day, pop into Gator Mack’s bar for a cold one and a game of darts. You’re sure to hear a few fish tales. 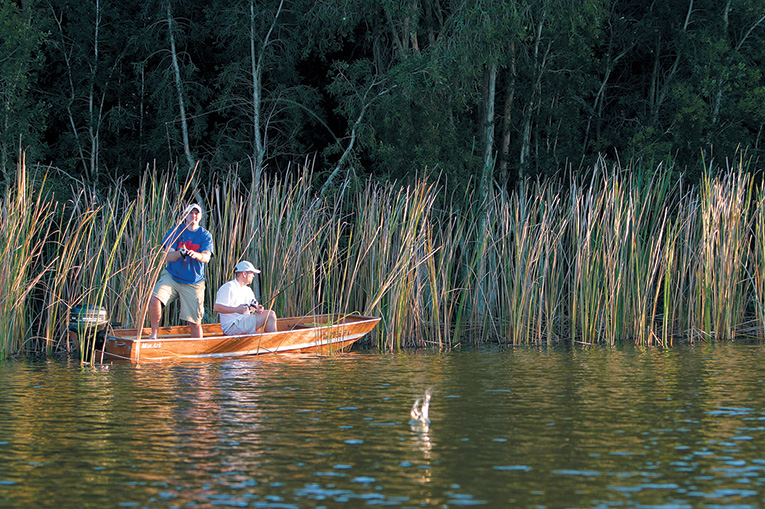 A short walk from Camp Mack, Lake Kissimmee State Park is at the heart of Florida’s cowboy heritage. Reenactments depict the life of a Florida Cracker in an 1876-era cow camp. About 20 miles of hiking trails traverse what once was the route of a cattle drive.

“A friend told me not to be scared away by the exterior. He said it’s a really cool spot. He was right,” says David Fix, a regular at Cherry Pocket Steak n Seafood on Lake Pierce. An Old Florida treasure, this bar and restaurant with hand-painted signage, dollar bills tacked to the ceiling and a country singer attempting the soulful sounds of Chris Stapleton is where the beer flows and fried fish is king.