Say bonjour to the newest luxury boutique at The Mall at Millenia. 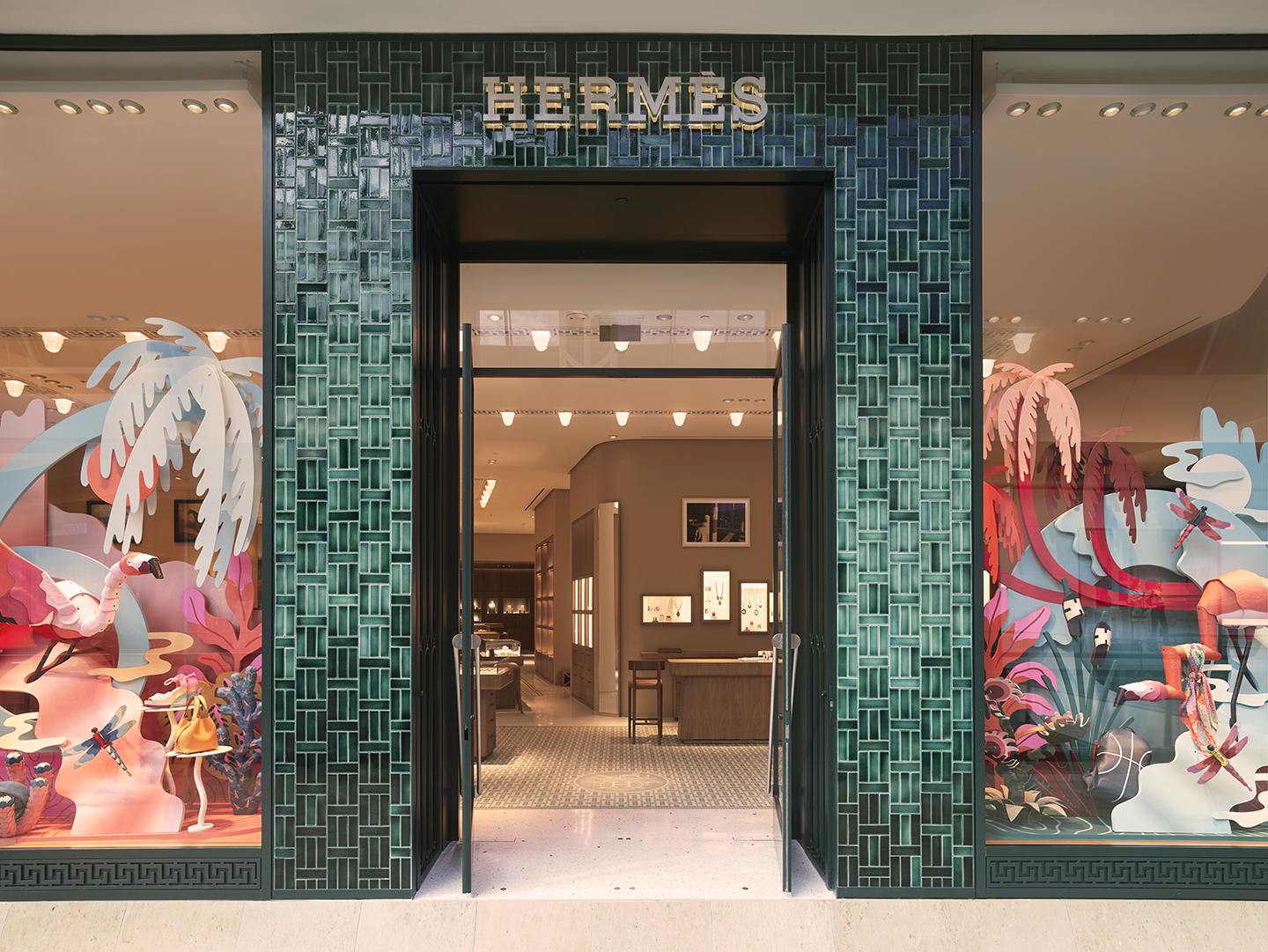 If you’ve ever wanted to see a flamingo wearing a Hermès scarf, look no further than the current window display at the French fashion house’s brand-new boutique at The Mall at Millenia. However, it’s the interior of the 3,800 square foot space that really wows — and will likely lead to you exiting the store with their signature orange shopping bag in hand. While this is Hermès third location in the Sunshine State (and the 35th in the U.S.), their grand debut in Orlando has been a long time coming. Ten years to be exact. 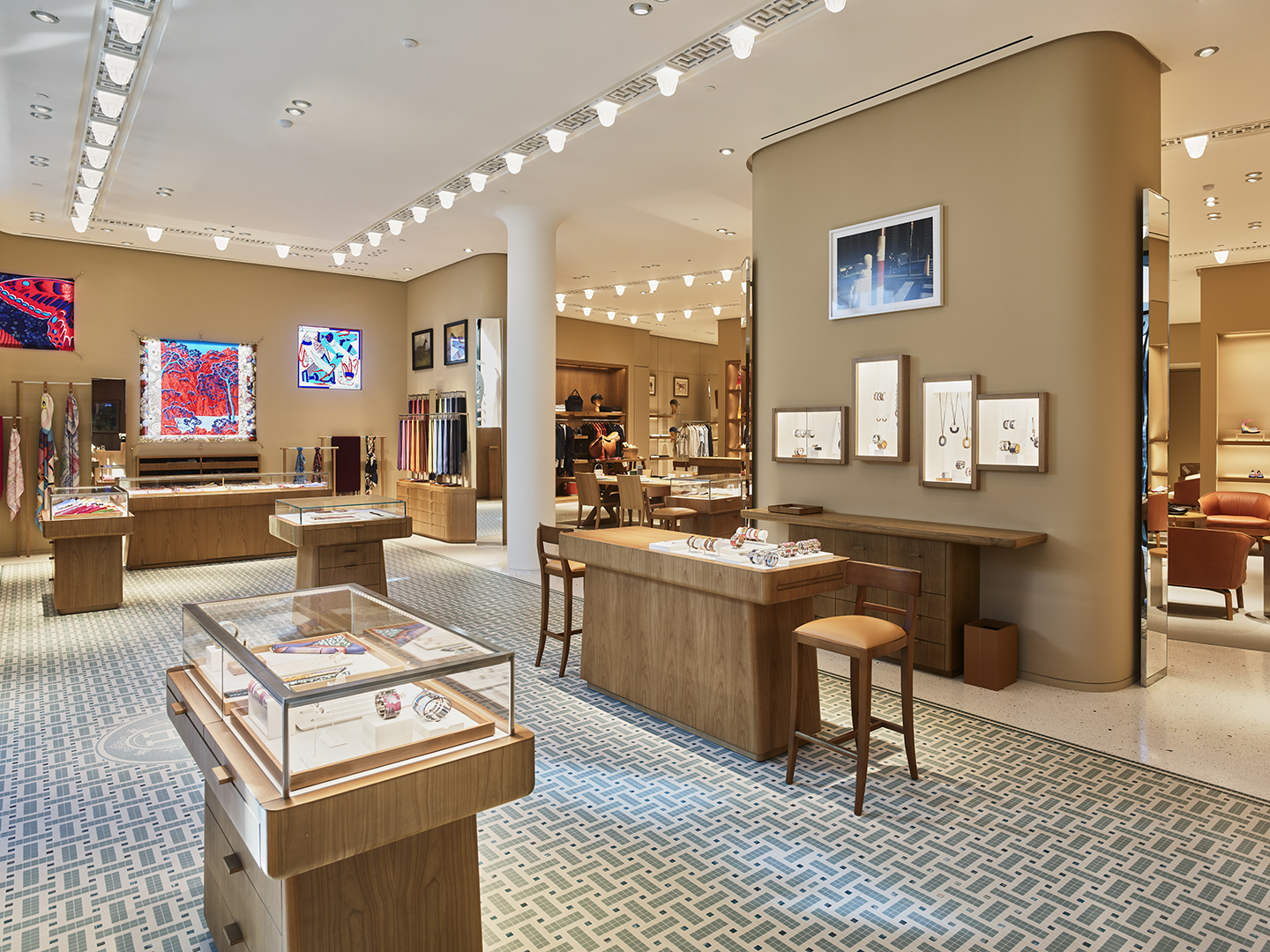 “We thought Orlando would be the right place for us. It’s a really dynamic market,” says Robert Chavez, president and CEO at Hermès of Paris. “We love that there are sixty million plus visitors here a year. Also, The Forbes Company [who runs The Mall at Millenia] are very high-quality people and we have a great partnership with them, so this was the place we wanted to be — we just waited for the right location.” 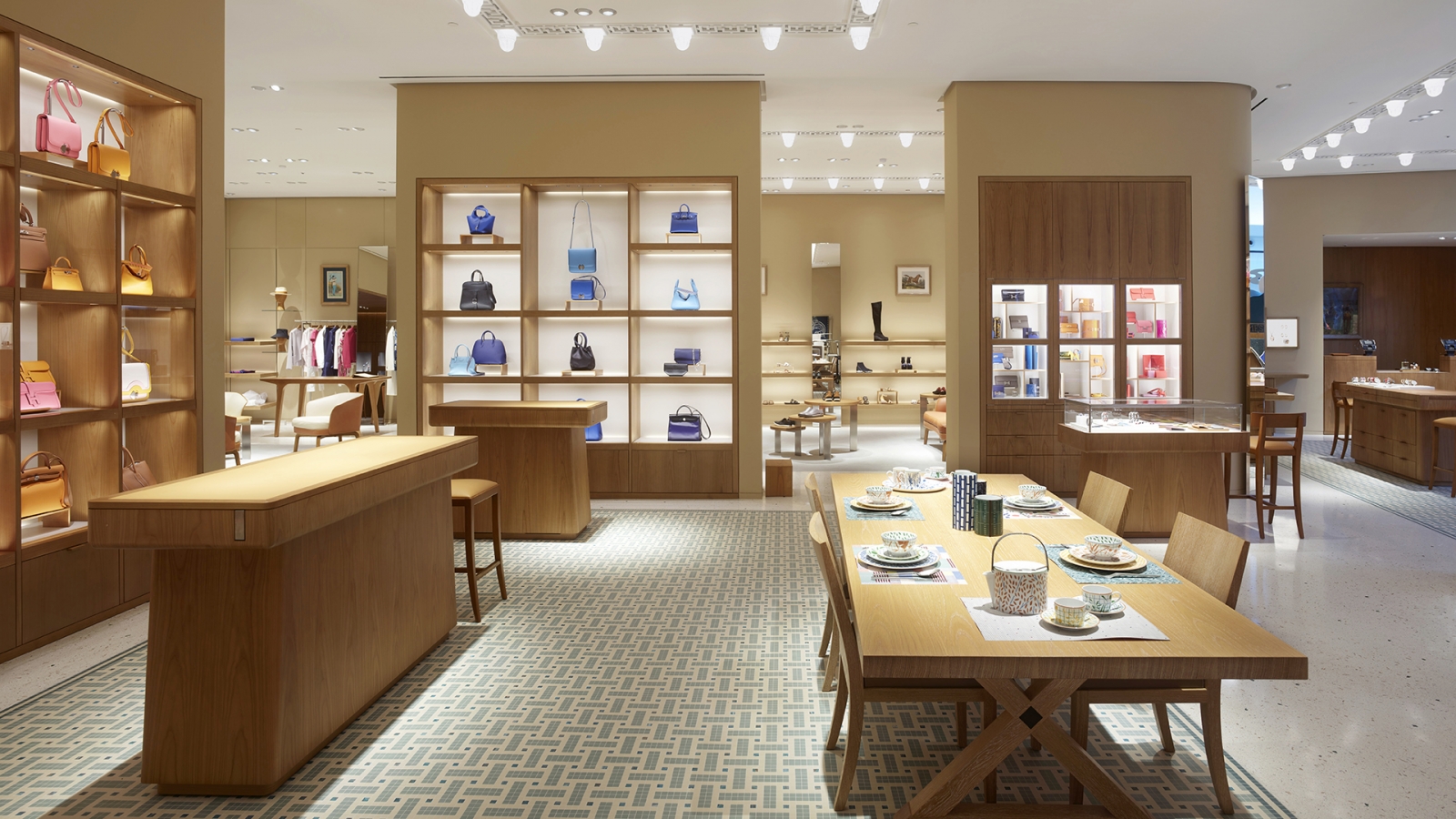 On March 1, the boutique’s doors finally opened, so both City Beautiful residents and out-of-towners could enter the world of Hermès. Visually, the store draws upon a mix of contemporary architecture and classic design elements unique to the Parisian house. The second-floor location has a distinctive Florida flair: “If you start with the façade, you see the glazed green coloration, which pays homage to the local climate. It’s then brought into the traditional, mosaic tiles on the floor,” explains Chavez of how they created a lush, tropical-inspired ambiance. 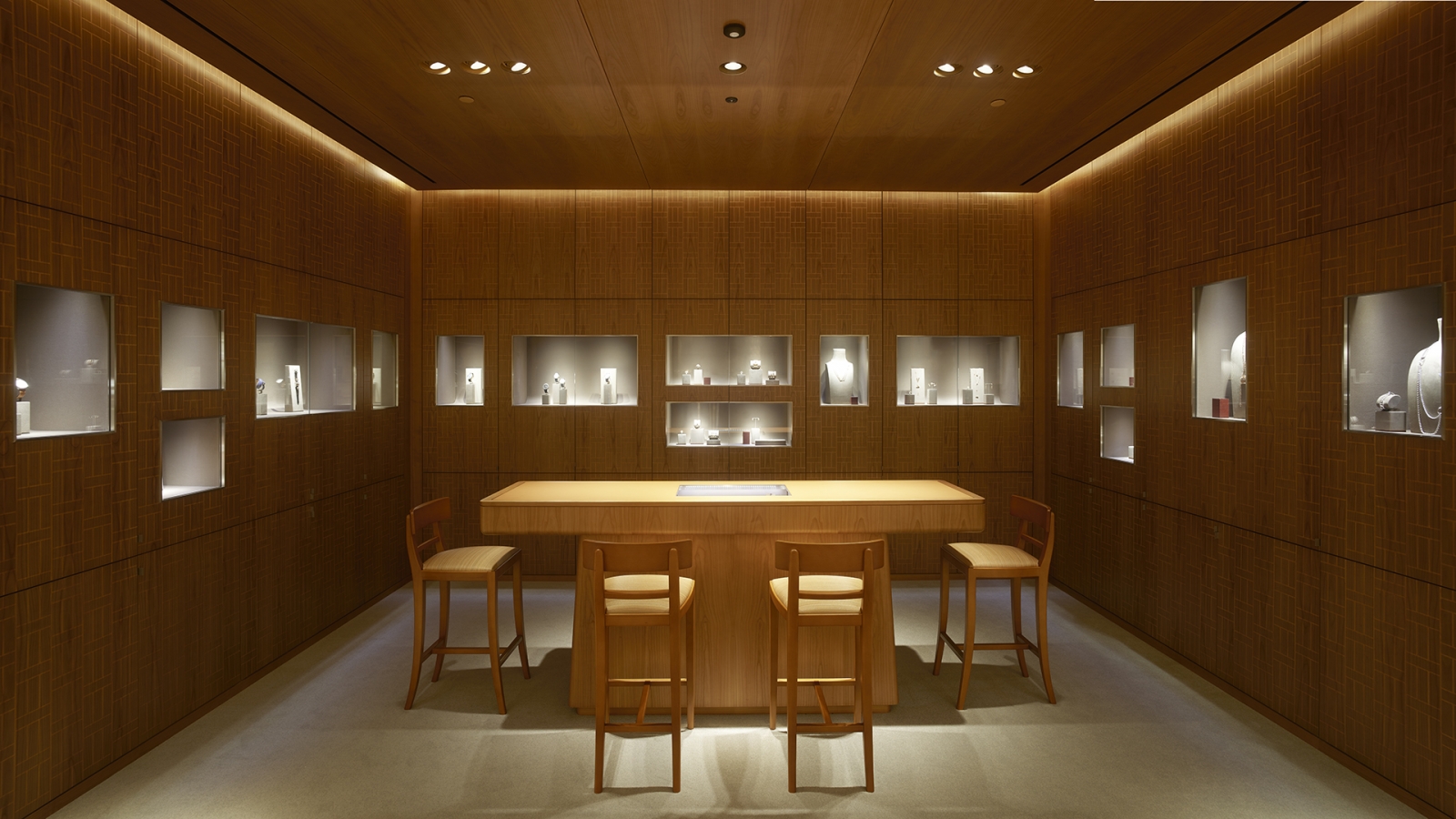 The boutique carries iconic Hermès staples such as the retailer’s silk ties and scarves, enamel bracelets, handbags, and small leather goods (they’re even selling a limited-edition Orlando card case) along with men’s and women’s Ready-To-Wear, home goods, and fine jewelry. One aspect that makes this store unique is their extensive shoe salon that carries colorful sandals, riding boots, sneakers and more. “It’s the first time we’ve combined men’s and women’s footwear together,” says Chavez. “We really wanted to make a bigger impact [with the salon]. One of the first comments people make is ‘Wow, I didn’t know Hermès made so many different types of shoes.’ ” 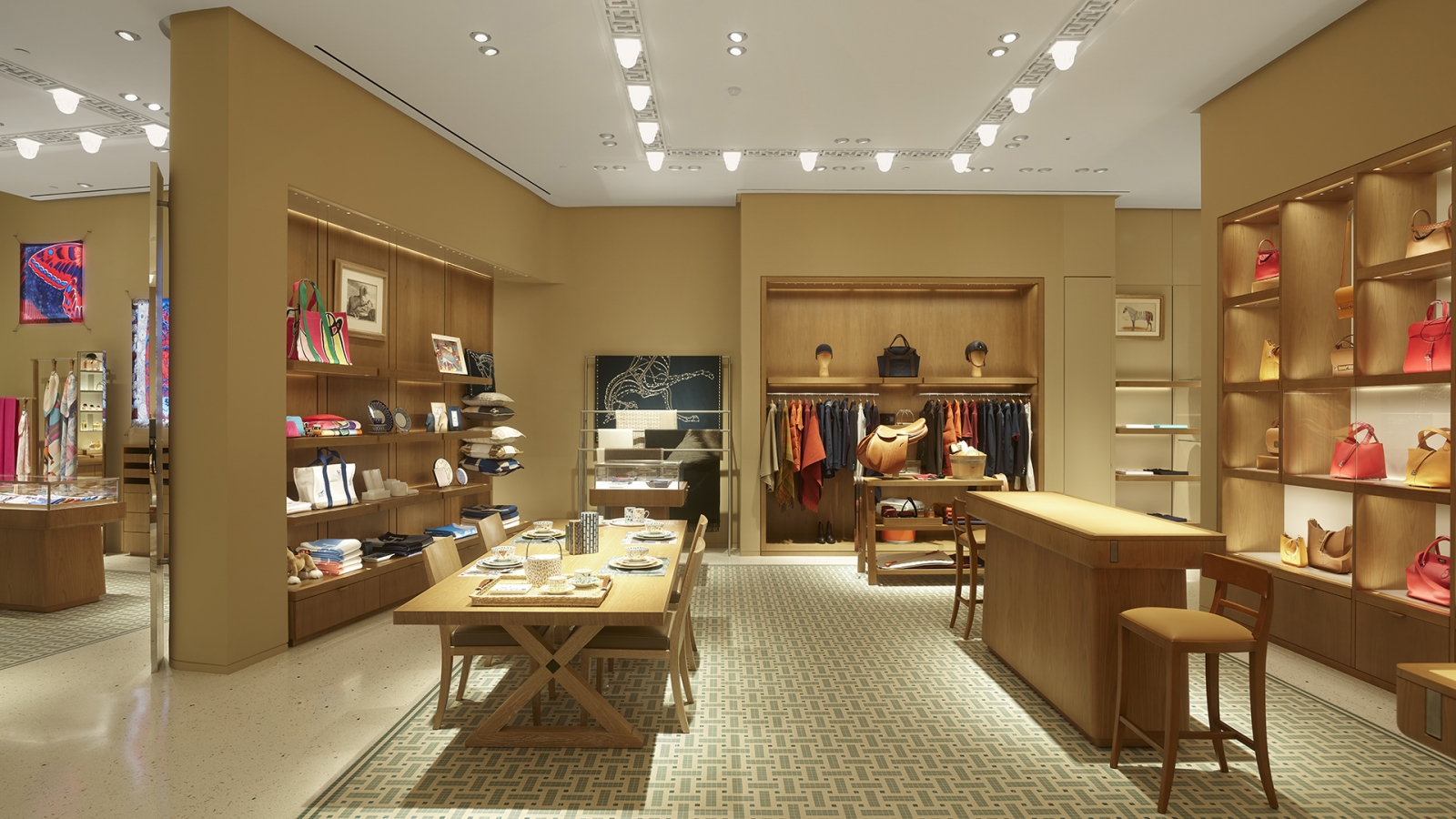 More than anything, Hermès’ Orlando location is designed for customers to engage with the brand. “We’re still firm believers in the actual experience. We think that people still love to touch, to feel, to smell,” furthers Chavez. “Another thing we do here is a lot of storytelling. Almost every product has a story behind it, and people love to hear stories. They want to hear about the history and the artist. They want to understand. So, when people come to Hermès, that’s what they discover.”
Categories: Metropoly