Q: Are there otters living in Orlando’s lakes?

A: Otters have been spotted regularly at numerous downtown lakes, including Ivanhoe and Cherokee. These aren’t your diminutive SeaWorld performers, though (those are Asian small-clawed otters, which range from 2 to 11 pounds). The lake inhabitants are strapping river otters, which can weigh up to 20 pounds. How many are city dwellers? Neither the city nor state has done a census (otters are notoriously hard to track down for interviews). But the number is probably in the dozens, says Jeff Gore, wildlife biologist with the Florida Fish and Wildlife Conservation Commission.

Like most mammals, otters regularly scout out new territory, and they reach our lakes via culverts, streams, drainage pipes or just by traveling over land. Like their SeaWorld counterparts, urban otters have that “awww’’ cuteness factor, especially when they’re bobbing in the water or playing with one another. However, reports reached Answer Man that a group of ducks that waddled around together disappeared recently from Lake Cherokee in an area where otters have been seen, with at least one otters-on-ducks attack supposedly observed.

Gore says such a sudden large-scale urban wipeout sounds out of character for otters. As carnivores, they do occasionally consume birds, but their primary source of food is fish, along with other aquatic animals such as crayfish and frogs. “Otters are not commonly a nuisance on ponds and lakes because of the ducks; it is their propensity for taking fish that causes problems, or perceived problems,’’ Gore says. “People who have a small pond or lake may see otters catching fish and the complaint is that the otters are catching more fish than they are.’’
On a smaller scale, the clever mammals can be a threat if you have a koi or goldfish pond and don’t take steps to protect it—lots of fish confined in a small area is a prime recipe for otter mayhem. That said, city officials report no recent complaints about “nuisance otters.’’ And in the case of ducks, Gore thinks that “otters should be presumed innocent until proven guilty.’’ Disappearances could be caused by everything from alligators to dogs to coyotes, he says.

Q: What and where is Gertrude’s Walk? 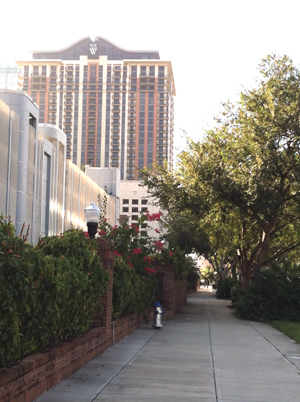 A: Lying just west of the railroad tracks downtown and extending three blocks—from Washington Street to Church Street—Gertrude’s Walk is a bike/walking path that has endured for nearly 140 years in one form or another.  Surveyor Charles Sweet, who laid out most of Orlando’s streets in the 1870s and was one of Orlando’s early mayors, named it after his sister, Gertrude Sweet Newell (1862-1946). Newell was once voted the prettiest woman in Orange County. 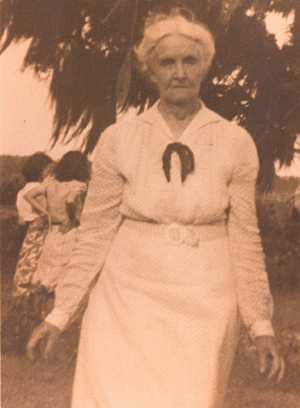 Originally the throroughfare was Gertrude Avenue—Orlando’s widest street at 100 feet—but it shrank to a walkway with the advent of the railroad years later. Gertrude’s Walk was renovated/beautified in 2010, and the city plans to extend it during the next two years—from Concord Street to South Street—as part of the Orlando Urban Trail pedestrian/bike path.

This article appears in the December 2013 issue of Orlando Magazine.
Categories: Community