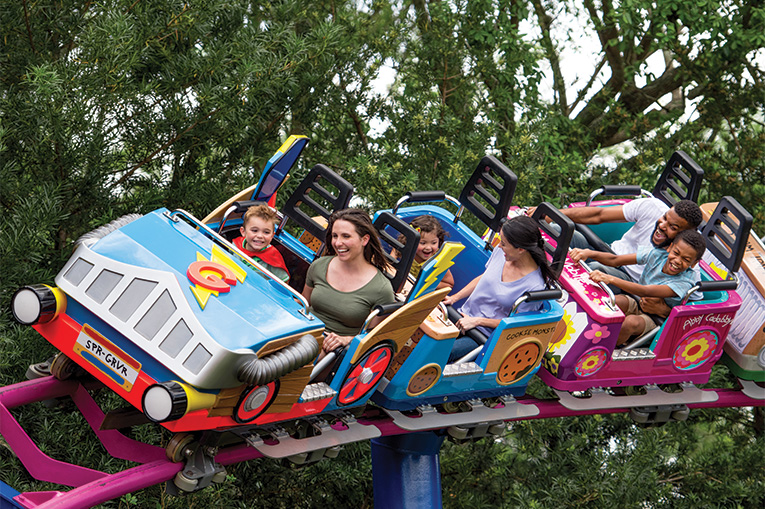 SeaWorld Orlando has always been a master at providing something for everyone, catering to both the littles (under 54 inches tall) and the bigs (54 inches and taller), within the larger story of marine-life education and ocean conservation.

Those who have taken a several-years long break will notice that the rollercoaster ante has been seriously amped, bringing SeaWorld higher up the list for thrill seekers. What’s cool is how they’ve achieved this within the geography of the park. If you move in a counterclockwise direction, you can easily knock out the three big coasters in a row: Manta (debuted in 2009), Kraken (2000) and Mako (2016). With the Quick Queue upgrade, you can even ride the circuit a second time and still have time for the rest of the park. Next year a launch coaster called Ice Breaker will join the roster.

Its most recent big-news additions are the water-raft ride Infinity Falls in the former Sea Gardens and the all-new Sesame Street Land in place of Shamu’s Happy Harbor. With each location, SeaWorld has expertly repurposed existing real estate that was either underused or overly tired. The former spaces are still recognizable—yes, many of the mature and colorful tropical plants from Sea Gardens were preserved around the new Infinity Falls—but each now packs a powerful new punch that adds vitality and spark to the overall energy of the park.

Infinity Falls is the intersection of both thrill and family ride; the height requirement for the new river raft ride is only 42 inches—the same as riding a creature on the Sea Carousel. An astonishing volume of water bubbles and rolls, splashes and sprays through the rapid river that climbs and drops through the lush landscape. If this powerful river were in nature, only the experienced would tackle it. Simply seeing the voluminous body of water and its power feels refreshing.

Typical river raft rides work with gravity, so passengers only get one big plunge. Infinity Falls is different. After riding the rapids all the way down, fully loaded rafts slide onto an elevator platform that shimmies three stories up for a final 40-foot downward hurrah that ends with a tsunami of a wave swamping the boat. Strangely, it’s still luck of the draw who gets soaked and who doesn’t.

Sesame Street Awaits
The all-new Sesame Street Land is a dazzling reimagination of Shamu’s Happy Harbor, designed for the preschool set. Sesame Street literally bisects the land—rides on one side and an immersive, interactive neighborhood streetscape on the other that’s just like stepping into the beloved television show. A “Do Not Ring Doorbell” sign hangs on Oscar’s trash can. Of course, everyone presses it, eliciting an appropriately Grouchy response. Big Bird hosts Storytime in his nest, sculpted into the recognizable flower-pot filled, red-brick building street.

The rides remain familiar but they have all been re-themed. For instance, the former Jazzy Jellies that spins you as you’re twirled high in the air for a bird’s-eye view of the park is now called Abby’s Flower Tower. The splash pad is presented as Rubber Duckie Water Works. Gone are the multi-level climbing structure and the pirate ship. Instead, a soft, lush turf becomes a safe, open play space for tots.

Appropriately, Sesame Street itself becomes center stage for its daytime Party Parade. The crisp, colorful, high-energy parade showcases favorite Sesame Street characters appearing on foot and on floats, each with its own cast of dynamic performers. The cute factor runs high when Big Bird, Elmo, Abby Cadabby and friends pull kids from the sidelines to join the action. 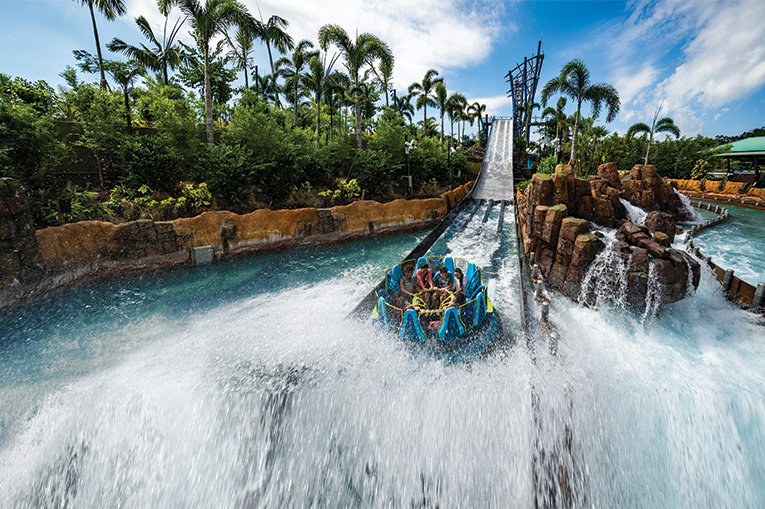 This article appears in the November 2019 issue of Orlando Magazine.
Categories: News and Features
Tags: Orlando, seaworld, Theme, theme-parks
Want to read the whole issue? Download and read this issue and others on Magzter.