If there’s one consistency in Orlando, it’s change. 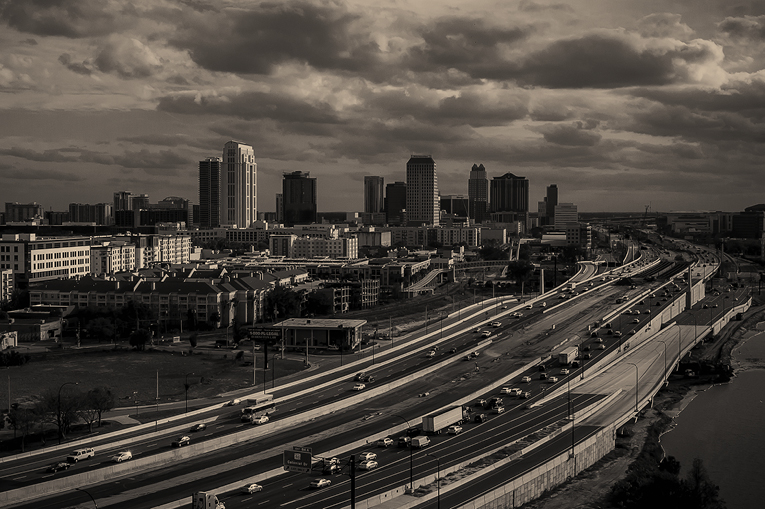 From the Seminole settlers to the building of Fort Gatlin in the mid-1800s, in what we now know as Lake Eola Park, the land boom of the 1920s, to the opening of Walt Disney World in 1971; the only constant in Orlando has been that things don’t seem to stay the same.
Orlando is facing a housing boom. Attracted by the year-round sunshine, the possibility of employment, lower taxes, and a diverse population, the pandemic brings in people from all over the country. Some see this current migration as an opportunity; some bemoan the growth. When one examines the history of Central Florida, it’s clear that this mass rush to Orlando is not our first time at the proverbial rodeo.

A Look Back at the City Beautiful

Initially named Jernigan, they officially renamed the village “Orlando” in 1857 to honor soldier Orlando Reeves. Can you imagine a basketball team called “The Jernigan Magic?” The original city plan comprised four streets surrounding a courthouse square.
Much like the wild west, 19th century Orlando saw its share of uncivilized behavior. Gunfights, brawls, and murders were commonplace. Because of the Union Blockage, Orlando suffered during the Civil War.

The first official “boom” came about during the Reconstruction Era, resulting in a population explosion. The result was the incorporation of the Town of Orlando in July 1875, with a population of 85.

Orlando’s Golden Era occurred from 1875 to 1895, when it became the center of the Florida citrus industry. This Golden Era came to a crashing halt with the Great Freeze of 1894-95, which forced many owners to give up their citrus groves. 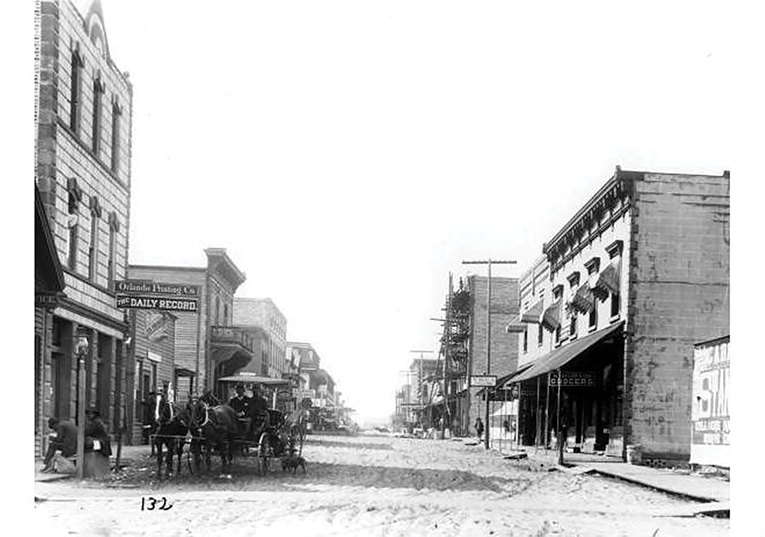 Walt Disney announces the building of Walt Disney World in 1965. (COURTESY OF STATE ARCHIVES OF FLORIDA)

The next boom is probably the most famous and dubbed the Florida Land Boom of the 1920s. Like 2022, the 1920s experienced a housing bubble, the first official real estate bubble of record, complete with land speculation, swindling, and quick construction of cheap homes and stores.

The boom had a fine run from 1924 to 1926, attracting gullible investors from all over the country. This 1920s Boom was the era that popularized the phrase, “If you believe that, then I have swampland in Florida to sell you.” While this phrase had more to do with the construction in south Florida than central Florida, the entire state was a part of the land craze. On an interesting side note, one of the original sellers of Florida swampland was Charles Ponzi.

In 1940, Florida was still the least populated state in the south, but that soon changed at the onset of World War Two. Florida’s strategic location made it critical for national defense. The entire state surged as servicemen and women were stationed in Florida, which had added over 170 military bases as the United States prepared for war.

Post-World War Two Florida ushered in a period of stability and calm. A man from California named Walter Elias Disney changed all of that in 1965 when he made the historic announcement that a new theme park was being constructed in Central Florida. The opening of Walt Disney World in 1971 changed Orlando and the entire state of Florida forever. 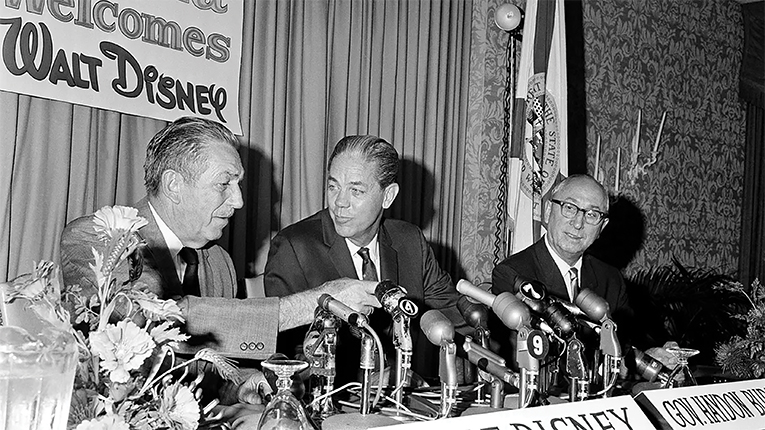 Downtown Orlando circa 1910. (COURTESY OF STATE ARCHIVES OF FLORIDA)

As we navigate this post-pandemic, online world, people realize they can virtually (pun intended) live anywhere. Once famous for snowbirds and retirees, Florida now sees people worldwide move to the state. The result is that housing prices are at a record high, with Orlando as one of the fastest-growing metropolitan areas in Florida.

According to the Orlando Realtor Association, this latest housing boom has put pressure on an already challenging housing market. The housing supply sits at an all-time low while the median cost of a house is at a historic high, at $300,000, up 15 percent since May 2020.
And the growth isn’t slowing down soon. By 2050, we will have approximately 700,000 new residents of Central Florida, putting us at a population of over two million within the next 30 years.

Looking to the Future

Albert Einstein famously said, “In the midst of every crisis lies great opportunity.” Central Floridians have faced their share of crises and challenges through the years and have always seized the opportunity.

The result has been the ever-changing landscape of Orlando, which is evident as we look at the Great Neighborhoods that surround the area. From Orwin Manor to Dover Shores, historic Eatonville to Delaney Park, everywhere you look is a distinctive neighborhood filled with character, history, and precious memories of those who have grown up playing in the parks and playgrounds.

This story is for everyone, from those raised in Central Florida who look back with nostalgia to the people arriving in the city each day looking to call Orlando home. We welcome you with open arms and hope you enjoy this glimpse of just a few of the great neighborhoods that make Orlando such a special place to live.