Harriett Lake had style. But that was the least of it.

Over the past few years, as she grew older and finally became housebound, I would call Harriett Lake every now and then, having gradually shifted from somebody who just wrote about her into somebody who, like so many, just flat-out loved her. I always got a kick out of how she’d say goodbye.  No matter what we had talked about, people or politics, my problems or hers, or how lousy she might have felt, she’d always chirp, at the end of the conversation: See ya! 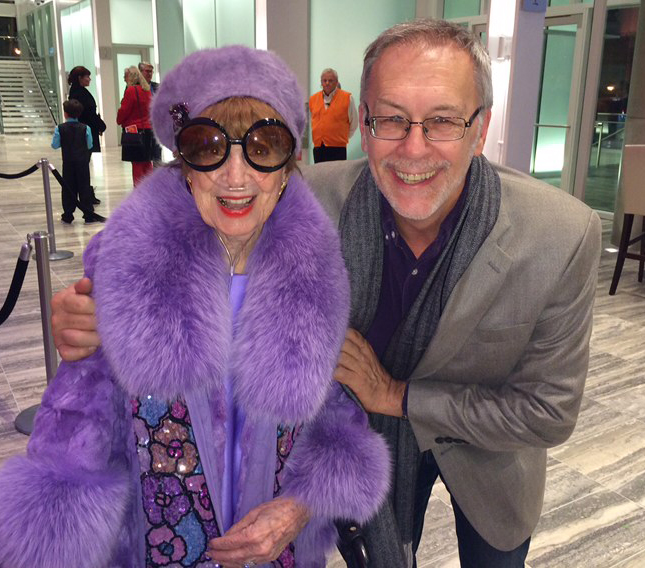 It wasn’t so much the words themselves. It was how she said them. No: how she sang them, sang them from the middle of that self-generated, no-matter-what, sun’ll-come-up-tomorrow spotlight that had been emanating from her, as far as I could tell, since her childhood in Depression-era Lebanon, Pa. She was the eldest of seven children, charged with caring for the little ones. Nicknamed Skeezix by her father, after a comic-strip character who was left on a doorstep as a baby, and as the only brunette among blondes, she came to see herself as the ugly duckling of the family, and decided she’d have to try harder to get people to notice her and to make her mark in the world.

Well. Did she. Did she ever.

Harriett Lake, who died at the age of 96 last week, was buried on Friday at Ohev Shalom Cemetery, with Rabbi Aaron Rubinger presiding and roughly a hundred close friends and relatives in attendance.

A flag was draped over her casket, and two uniformed Marines were there to pay tribute. But of course they were. She had served in World War II, doing everything from peeling potatoes in pre-dawn darkness to processing paperwork for soldiers being sent overseas, rising to the rank of sergeant—and making the most of her olive drab uniform by having a tailor duplicate it in better wool.

So a bugler played taps for her. But a violinist—Orlando’s preeminent violinist—was also present: Rimma Bergeron-Langlois, concertmaster for the Orlando Philharmonic Orchestra, was there to play the theme song from Schindler’s  List.  But of course she was. Harriett Lake deserved tribute from that corner for being the most generous and wide-ranging patron of the arts Central Florida has ever seen, an avocation she took on when she and her husband, developer Hy Lake, moved from South Florida to Orlando in the 1970s. It was one she continued, singlehandedly, after his death in 2010, pouring tens of millions of dollars into cultural coffers, writing check after check from the kitchen table of her home to virtually every performing and visual arts troupe in town.

Many of the women at the funeral wore hats, clothing, jewelry or other accessories that once belonged to Harriett. But of course they did. Harriett was a clotheshorse—no, a clothes stampede. High-end flamboyance was her trademark—say, purple feathers and a matching, faux fur collar, with a Chanel scarf, perhaps, and one of the jewel-encrusted Judith Leiber handbags she loved so dearly. Over the years she accumulated a cornucopia of vintage ensembles, her Longwood home so jam-packed with Valentinos, Escadas, Dolce & Gabanas and Adrienne Landaus that she had a professional tailoring-shop conveyor system installed just to keep track of them.

Two years ago, she moved it all out to a warehouse and had everything sold off for charity.  Chances are you’ll have Harriett Lake to thank, in part, for the roof over your head the next time you attend a cultural event—say, a performance in the new home being built for the Orlando Ballet in Loch Haven Park, funded in part by her last major donation of $5 million. It’s also quite possible she’ll have had a hand in outfitting several of the ladies in the crowd.

But it’s not the stuff she gave us that’s important. It’s the stuff she was made of. When Rabbi Rubinger spoke, he keyed his remarks to a Hanukkah song that celebrates the heroes who arise, who are needed to arise, in every generation. I think it was his way of wondering how someone like Harriett Lake, who always liked to refer to herself as “a tough old broad,” can ever be replaced.

Good question. It reminded me of something she once said to me: “I can’t die. Too many people depend on me.”

After all the speakers paying tribute had finished their remarks, the mourners walked a few yards away to the gravesite. Some took a turn at the shovel to sift the dirt from a mound beside the grave onto the coffin. Rabbi Rubinger explained a tradition: If you wish to, you can flip the blade of the shovel around, spooning in the dirt upside down as a kind of mute protest against doing something you wish you didn’t have to do.

I have my own, private, more or less spontaneous traditions at a funeral. Once, twice, maybe more, I fix my attention on the one who is gone and whisper goodbye. And so last week, as people were still filtering into the enclosure, I walked up to the casket, squeezed a corner of the flag draped over it between my thumb and my forefinger, then leaned over and whispered: “Goodbye, Gorgeous.”

That was one of her words. That was what she always called people: gorgeous. Of course I couldn’t say it as well as she did. Somebody at the funeral remembered that the way she said it always reminded them of Barbra Streisand.

I didn’t think of it at the time, but I wish I had said goodbye in another way, too. I guess I can just say it now:

I should be so lucky.