Brides find it’s fun to get down and dirty in ‘trash the dress’ photo shoots.

A bride submerges herself in the ocean while another reclines on a boulder and yet another strikes a Joan of Arc pose complete with flames, all done while wearing their wedding dresses.

It’s a popular phenomenon known as “trash the dress,” though its original purpose was not to destroy an expensive wedding gown. Bored with typical wedding photography, famed Las Vegas photographer John Michael Cooper, in 2000, decided to take a radical approach with bridal portraits, kick starting a worldwide fad.

“I wanted people to step away from the norm and rethink wedding photography,” Cooper says of the impetus behind the concept, which is also known as “rock the frock” and “encore session.” This would allow for a more artistic approach without limitation, he adds.

But clients were reluctant to sacrifice their gowns for his vision, so Cooper skipped a car payment and bought a wedding dress to use in the ground-breaking photo shoot. It wasn’t until later, after he loosely used the term “trash the dress” in a magazine interview, that the movement had a name. Word spread quickly among the tight-knit photography community and the concept went viral, with brides raising the bar (or lowering it, depending on your point of view) to set the standard for creative trash-the-dress sessions.

In Cooper’s “Joan of Arc” photograph, taken in 2006, it’s obvious the bride went to extremes, but she didn’t go up in flames. Cooper shot the bride posed in the dress and then shot a blow-up doll wearing the dress, which was set ablaze and reduced to ashes in 15 seconds, he recalls. The final image is a Photoshop job.

“I definitely do not recommend others trying this,” Cooper advises.

Orlando photographer Mike Briggs says trash-the-dress sessions “are a unique opportunity to get dressed up again, have fun and take some ultra-creative shots in alternative locations.” Without the worry of being picture perfect for their wedding, brides are relaxed and comfortable with their dresses getting a little dirty, he says, adding that beaches are popular sites for the shoots.

Orlando bride Jaime DeLecce-Herdegen chose Cocoa Beach for her trash-the-dress photo shoot with Briggs. “I wanted to get wet and knew my dress would get dirty but not totally ruined,” says DeLecce-Herdegen, who was married in May. “I even let my stepdaughter trash her junior bridesmaid dress.”

After the photo shoot at the beach, DeLecce-Herdegen took her gown to Polo Cleaners in Lake Nona. Owner Ramila Joshi says she’s just now seeing trashed dresses being brought in for cleaning.

All of the gowns she’s cleaned have been exposed to sand and ocean water. Joshi says she opens the dress’ seams to remove sand and let the material air out. But odor is hard to get out, so she recommends that brides take their dresses in for dry cleaning immediately after the photo shoot. 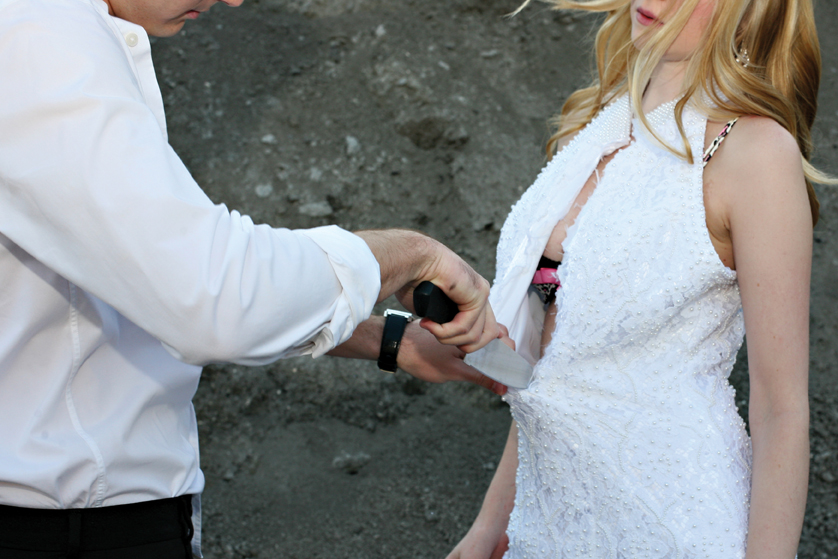 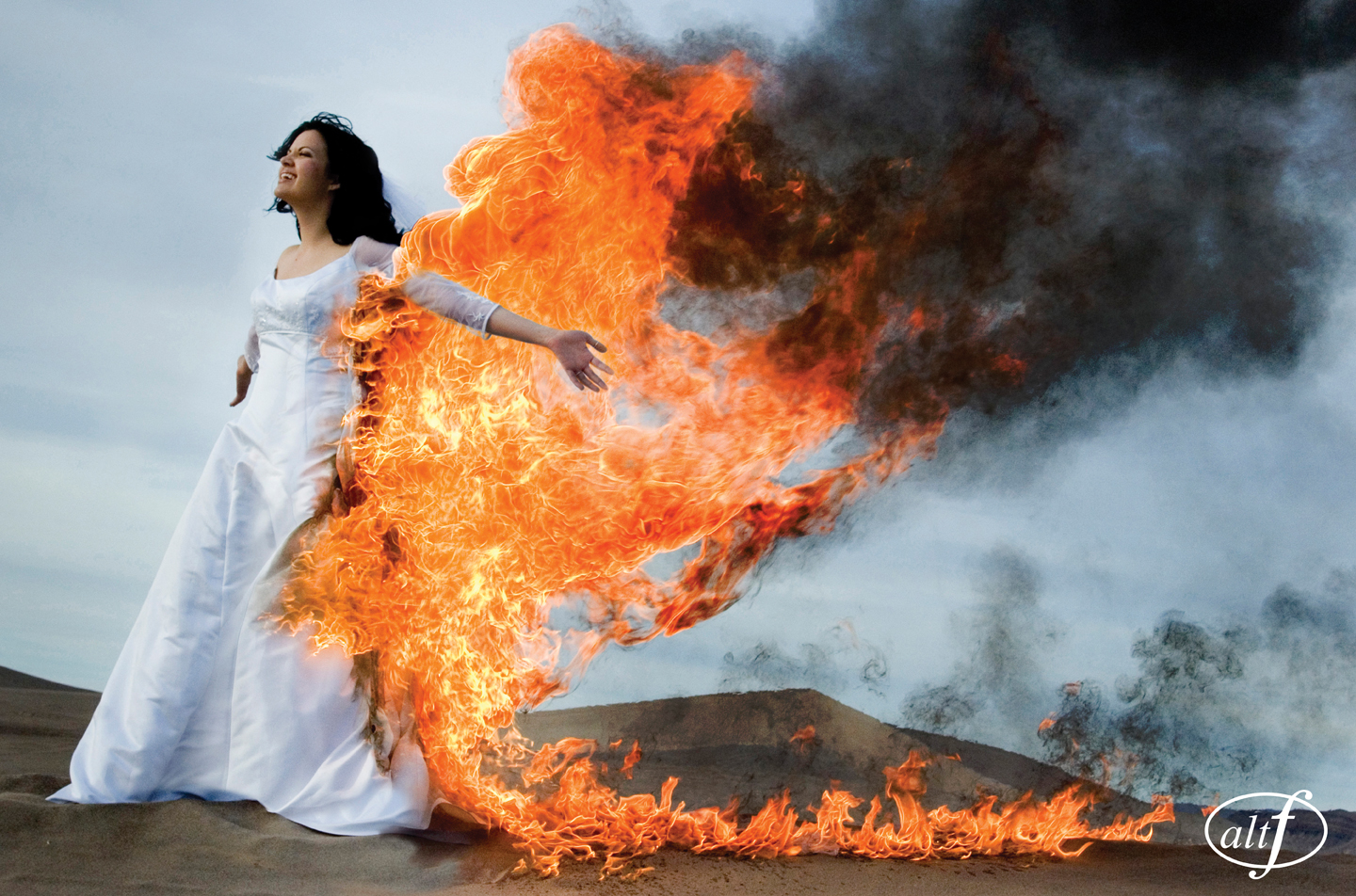 Some brides will go to extremes in trash-the-dress photo shoots, though the images can be deceiving. Local bride Eryn Ashwyn wore a “stunt” gown for her TTD photo shoot, so her real dress was unharmed. Ashwyn says wedding photographer Tabitha McCausland came up with the edgy concept for the shoot, during which the groom, Christopher Mallard, sliced the gown and set it afire in a trash can. In John Michael Cooper’s “Joan of Arc” photo, two images—one with the bride in a gown, another with a blow-up doll wearing the dress while flames engulfed it—were merged in PhotoShop to make it appear as if the bride was making the ultimate sacrifice for a one-of-a-kind TTD portrait.

This article appears in the January 2011 issue of Orlando Magazine.
Categories: Style