Getaway: Eyes on Montgomery & The National Memorial For Peace and Justice

Washington, D.C., houses our nation’s history, but Montgomery, Alabama, is where much of it was made. 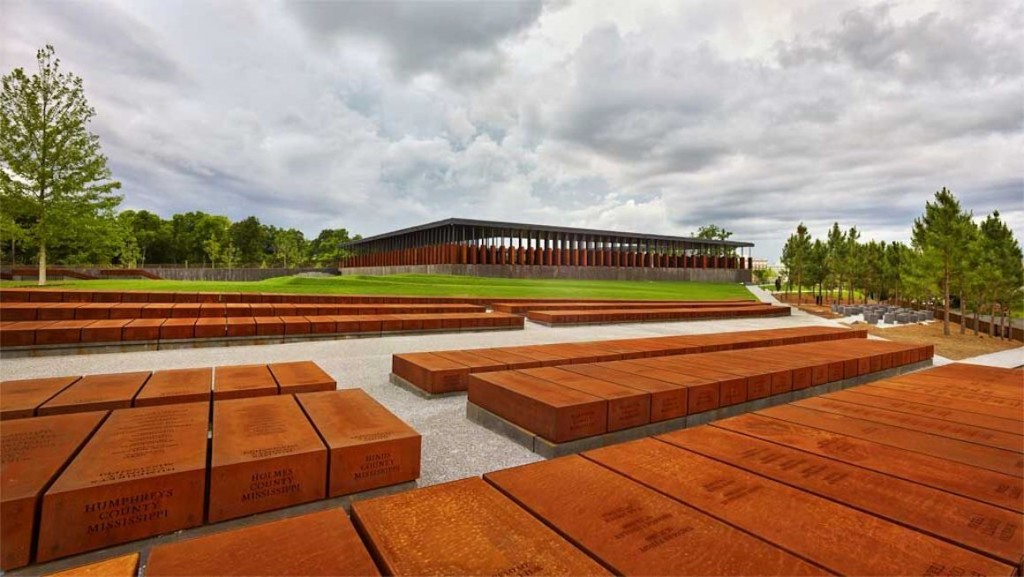 Atop a low hill overlooking downtown Montgomery stands a memorial unlike any in the world. Eight hundred corten steel columns engraved with the names of more than 4,400 victims of lynching hang eerily from rafters. Water flows down a cast-concrete wall. An African American woman visiting from Ocala noted: “The running water is like tears to me of the forgotten. This place is rich with our history.”

She’s referring to the National Memorial for Peace and Justice, opened on April 26, 2018, by the Equal Justice Initiative (EJI). It is a powerful piece of public art and arguably the one we as Americans most need to visit now in order to reconcile the past so we can heal and move forward. 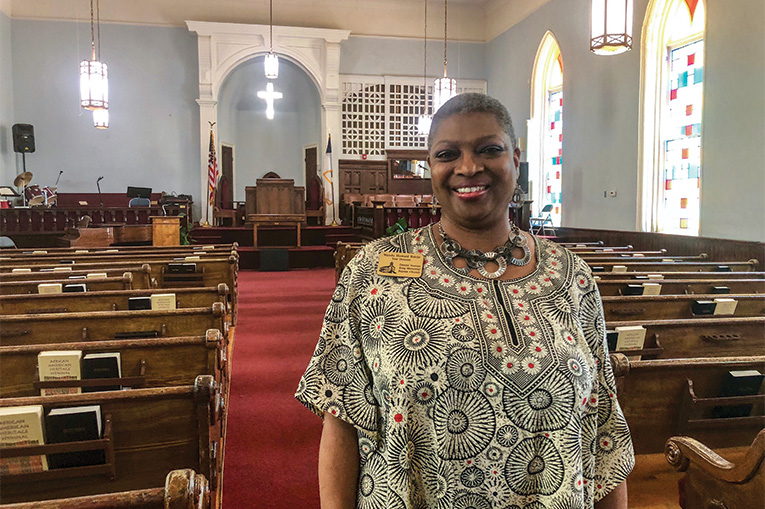 The memorial opened on the same day as the EJI’s Legacy Museum, a no-holds-barred chronological stroll that documents enslavement through modern-day mass incarceration and attempts to answer the question, “How did we get here?” The multimedia exhibit is housed in a former warehouse where slaves were held while awaiting auction after they were unloaded from riverboats a few blocks away.

The memorial and the museum are reason enough to visit Montgomery. They are part of a concentrated landscape stacked with significant moments of our American story—from being the first capital of the Confederacy to being at the forefront of the Civil Rights Movement. Less than an eight-hour drive from Orlando, or on a direct flight from Sanford on Via Air, Montgomery connects the dots and awakens our understanding of social injustice. The sites are closed until June 24 due to COVID-19.

If time travel were possible, you could stand at the ornate iron Court Square Fountain, placed atop the city’s artesian well in 1885, at the base of Dexter Avenue and bear witness to a range of events that have led to Dexter being called, “one of the most historic short streets in America.” The wide avenue is faced with mostly 19th- and early 20th-century buildings and slopes up to the gleaming white, domed Alabama State Capitol building that has stood there since 1851.

From an adjacent street corner, a telegram was sent giving orders to fire on Fort Sumter, rocketing the Civil War into existence; across the street is the bank that financed the war. To one side of the fountain was the slave market; on the other is where a tired African American seamstress, Rosa Parks, climbed aboard a bus on Dec. 1, 1955, only to be arrested a few blocks away when she refused to give up her seat for a white passenger. 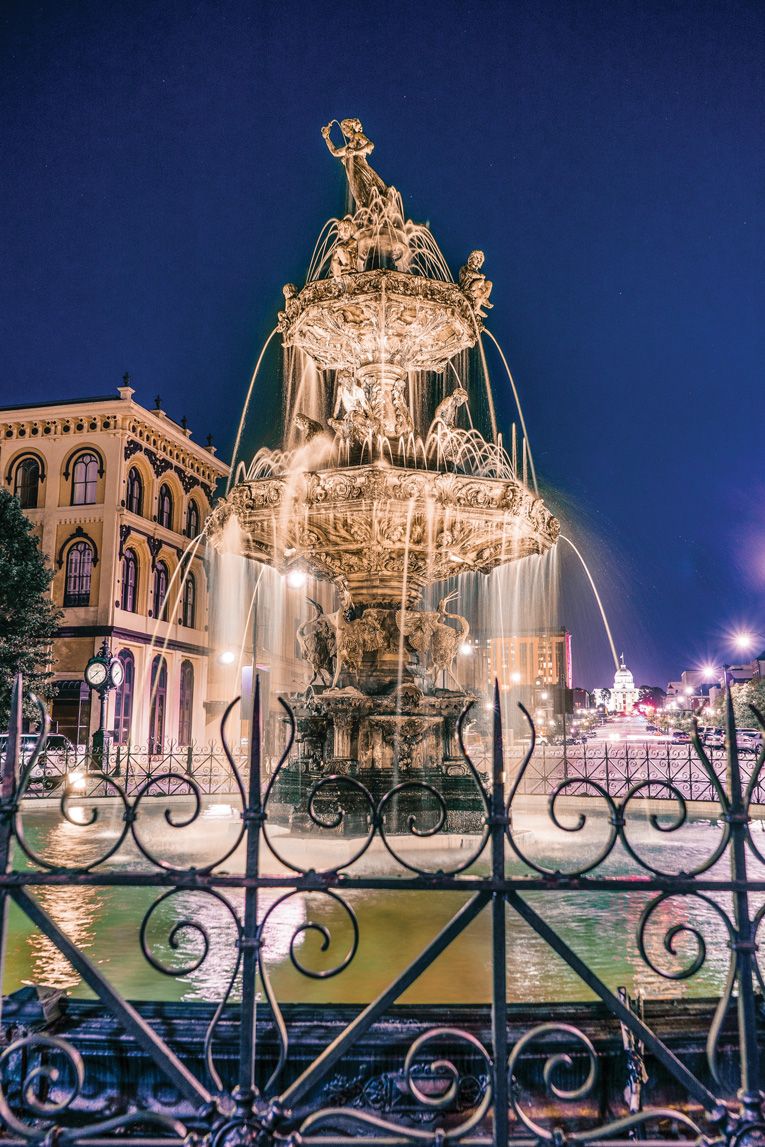 The evening after Parks was arrested, local civil rights leaders gathered in the basement of the Dexter Avenue Baptist Church. The church’s young, new-to-town pastor, Martin Luther King, Jr., had been chosen to lead a bus boycott.

From your time-travel perch at the fountain, you would also have witnessed the thousands led by Dr. King on March 25, 1965, on their third attempt to march from Selma to the Alabama State Capitol to demand voting rights for African Americans. It was there that Dr. King delivered his “How Long, Not Long” speech from a lectern borrowed from the basement of his former church and placed on the back of a flatbed truck.

Today, you can stand in the presence of the church’s powerful history, even sit at King’s desk and pose beside that same lectern in the basement from which King led the bus boycott that lasted 381 days.

Wanda Howard Battle conducts most of the hour-long tours of the Dexter Avenue King Memorial Baptist Church and will likely greet you at the door with a friendly hug (dexterkingmemorial.org/tours). She is a tour-de-force of love, positivity and forgiveness as she shares stories of the key leaders of the Civil Rights Movement and the history of the church. She’ll also invite you to Sunday service at 10:30 a.m. on behalf of the congregation, of which 16 members remain from Dr. King’s time. Come Sunday, you’ll hear Mrs. Thomas at the organ—she was hired by Dr. King in 1955.

Battle ends each of her tours in the sanctuary, between the original 1889 pews and Dr. King’s pulpit, asking her group to hold hands in a circle and sing, “We Shall Overcome.”

Except in Battle’s version, she replaces “someday” with “today,” making a trip to Montgomery a transformative opportunity for hope.

Stay at a downtown hotel such as the Renaissance and bring comfortable shoes. Most of the city’s important sites are within walking distance. visitingmontgomery.com

Kress on Dexter
A symbol of Montgomery’s budding rebirth, the Kress on Dexter building has undergone an award-winning restoration and now provides a platform for artists and entrepreneurs. Listen to the oral histories recorded in the Storybooth, grab a cup of coffee at Prevail Union Montgomery, and contemplate a haunting relic on display: the segregated water fountain. kressondexter.com

Hot Table
Half a block from the Legacy Museum is Central, a locally owned and regionally sourced restaurant housed in a former 1895 dry-goods warehouse. Expect exposed post-and-beam construction, wide-plank floors and Southern hospitality that is equal parts casual and refined. The menu changes with the season, but the juicy Bricken Chicken is always there for the pickin’. central129coosa.com

Sunday Fun Day
The Capitol Oyster Bar is perched high up on the bank of the Alabama River, a treehouse-like setting where locals flock “to sit on the deck, listen to music, eat seafood, drink beer and dance.” It’s also the place on Sundays to catch New Orleans jazz and blues bands touring the South. capitoloysterbar.com

This article appears in the September 2018 issue of Orlando Magazine.
Tags: African-American, alabama, d.c., historic, history, juneteenth, memorial, montgomery, museum, washington
Want to read the whole issue? Download and read this issue and others on Magzter.