This Pacific Northwest city, popularized on TV, is known for both its laid-back quirkiness and outdoor adventure.

Driving the short distance from the airport into Portland, Oregon, you are greeted with a panoramic glimpse of the bustling city on the Willamette River. A dozen bridges cross the glistening water with a backdrop of snow-capped mountains on the horizon, making it look like a movie backdrop. It’s a view you’ll get used to seeing from many vistas and one that makes this Pacific Northwest city so unique.

For some, the perception of Portland may have been predisposed by “Portlandia,” the absurdist TV comedy series that poked fun of its progressive, hipster culture. And it does exist.

You’ll see signs of the city’s quirkiness around town, like the sunglasses perched on sculptured otters (in winter, locals knit sweaters and scarves for the animal statues). You’ll find long lines to get into popular vegan restaurants, and soy milk as the preferred choice in coffee shops. Plus, there’s a naked bike ride in June. 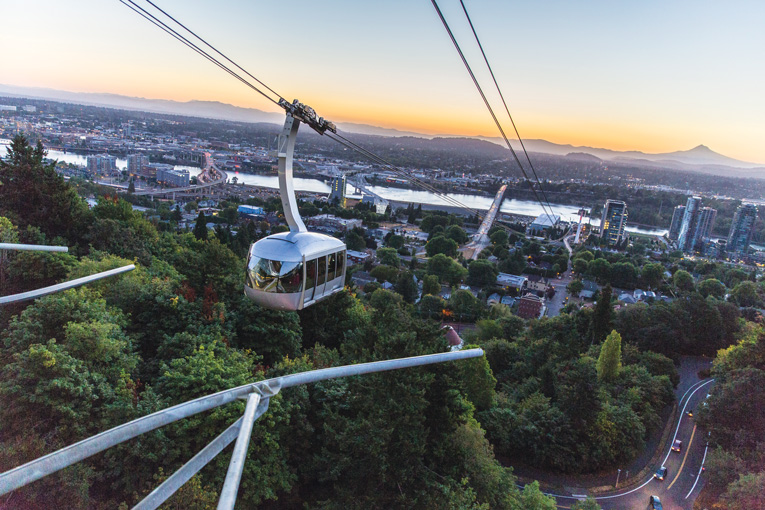 Many natives strive to keep their city “weird” and authentic in the face of a building boom of sleek condos, chain stores, and tech startups. But for visitors, it’s just a fun, walkable city with plenty of outdoor activities, great food, and mountains 80 miles to the east, with the ocean equidistant to the west. And it’s great for shopping since there’s no sales tax (and the reason Portland’s Apple store is one of the country’s busiest).

If you’re in the city any Saturday, start your day at the farmer’s market on the campus of Portland State University. You’ll marvel at the colorful array of flowers, local produce, and spirits. Try the homemade chocolates, nut butters, and kombucha.

Pick up some cheese, jam, and fresh bread for a picnic in Washington Park. Plan to spend an entire day there exploring 15 miles of trails, plus six major attractions including the zoo, children’s museum, and Vietnam Veterans Memorial, all connected by a free shuttle. The park’s International Rose Test Garden is home to 10,000 roses (typically in bloom June-October), giving Portland its nickname, City of Roses. Adjacent is the Japanese Garden, 12 acres of serenity nestled in a forest. Tours explain the eight garden styles, as you stroll past koi ponds, waterfalls, and then enjoy a traditional Japanese tea service.

Another afternoon is well spent at the Lan Su Chinese Garden; a serene slice of 16th-century China incongruously situated between apartment buildings in Old Town.

Looking for great views of the mountains? There are perfect photo ops from the rose and Japanese gardens. Or head to Pittock Mansion, a 1914 historic house museum nestled 1,000 feet up in the West Hills, with views of downtown, plus the nearby rivers, forests, and mountains.

For an adventure that is as thrilling as an amusement park ride, be sure to catch the Portland Aerial Tram. Designed to carry commuters between the city’s South Waterfront district up a mountain to the Oregon Health & Science University campus and hospital, it’s a treat for tourists at less than $5 round-trip. On a clear day, you’ll likely see Mt. Hood, Mt. Adams, and Mt. St. Helens in the distance.

Make like a local and rent a bike or scooter for a ride through Tom McCall Waterfront Park, which hugs the river for miles. Pick up local handcrafted souvenirs at the park’s Saturday Market (it takes place on Sundays, too).

The city is home to dozens of museums, chief among them, the hands-on Oregon Museum of Science and Industry. But if you’re looking for something offbeat, hit the National Hat Museum, the Peculiarium, and Stark’s Vacuum Museum, which houses 300 vintage models dating to the 1800s. 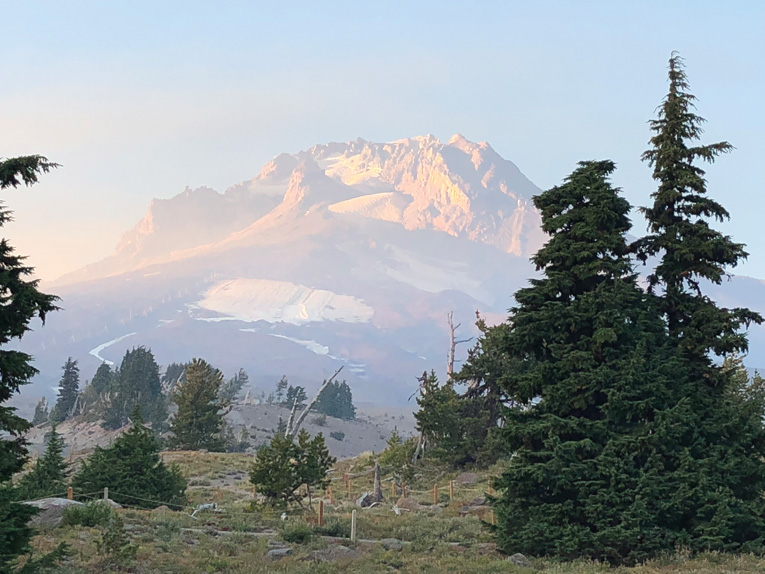 Portland also has a thriving food scene, with everything from high-end culinary experiences to artisan coffee shops. Enjoy the Wagyu skirt steak with Thai basil chimichurri at Tasty n Alder or get in line for the Vietnamese fish sauce wings at Pok Pok. Experience one of the myriad food carts that offer a virtual United Nations of meals on wheels, located in pods around the city.

Don’t forget Portland sweets. Sample the soft serve at Wiz Bang Bar, or a scoop of Arbequina olive oil ice cream at Salt & Straw. No visit is complete without a stop at the 24-hour hotspot, Voodoo Doughnut, where you can find mouthwatering concoctions topped with bacon, Cap’n  Crunch cereal, and bubble-gum dust.

Make time for a day trip to the many nearby waterfalls, chief among them Multnomah Falls, one of the country’s tallest, that is only a half-hour drive east of Portland. If you can spend a night or two in Oregon’s Mt. Hood Territory (an hour’s drive further), get your skis or hiking boots ready. Take Mirror Lake Loop Trail before climbing the rugged Tom Dick and Harry Mountain. At the top you’ll have a stunning 360-degree vista of the Douglas fir forest and the snow-topped Mt. Hood, which has the longest ski season in North America.

Stay in a fireside room at the Mt. Hood Oregon Resort and drive up the mountain to visit the iconic Timberline Lodge, whose exterior was featured in the classic film, The Shining. Or visit the wineries and breweries that line the road on the way to Washington state.

Alaska Airlines offers one daily nonstop flight to Portland out of Orlando International Airport. Before going, check out travelportland.com and mthoodterritory.com

Explore on foot
A great way to see the city is with one of the many walking/bus tours. Learn what makes Portland weird, check out the city’s craft brews, or just get the lay of the land with fun facts and trivia.
secretsofportlandia.com
brewvana.com
portlandwalkingtours.com

Powell’s City of Books
Grab a map to the nine color-coded rooms and peruse some of the one million books in this landmark bookstore that occupies an entire city block in the Pearl District. You can also grab a cup of joe, buy a toy or game, or take a peak at the rare-book room. powells.com

The Porter
One of the city’s newest luxury hotels offers great views of the waterfront from its deluxe rooms and rooftop bar, xport. Take a yoga class or relax and enjoy the steam room, sauna, hot tub, pool, and meditation garden with a fire pit. theporterhotel.com