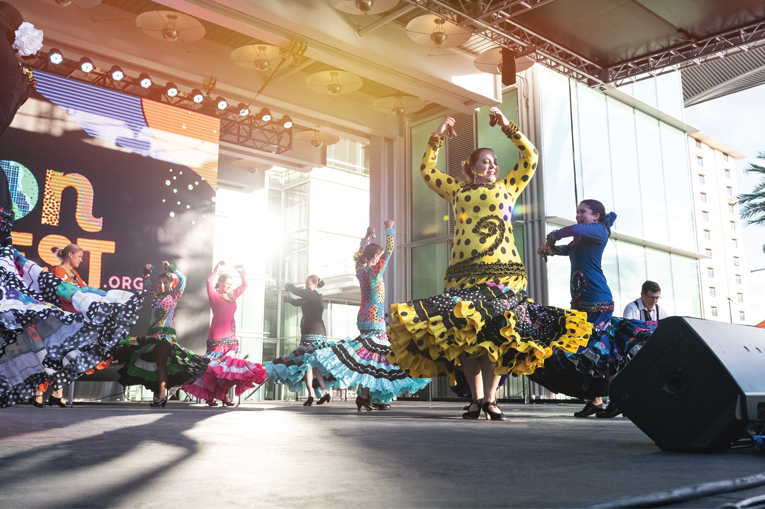 FusionFest celebrates the people and the many cultures that make Central Florida a magical place to live. (PHOTOS PROVIDED BY FUSIONFEST)

This year’s fifth annual FusionFest in downtown Orlando will expand its slate of global fun with new features that include a citizenship ceremony, a Cosplay segment complete with contest, and a signature music and dance show: Kaleidoscope—The Wonders of Creative Collaboration.

Central Florida’s leading cultural diversity festival is a free two-day outdoor event running Thanksgiving weekend, Nov. 26 from 10 a.m.-8 p.m., and Nov. 27 from noon-6 p.m. at the Seneff Arts Plaza at Dr. Phillips Center for the Performing Arts. More than 1,000 local artists are expected to perform and showcase their work on FusionFest stages and in its galleries and interactive installations. Some 15,000-to-20,000 people representing more than 110 global cultures are expected to gather for event activities, says FusionFest executive director Thali Sugisawa. 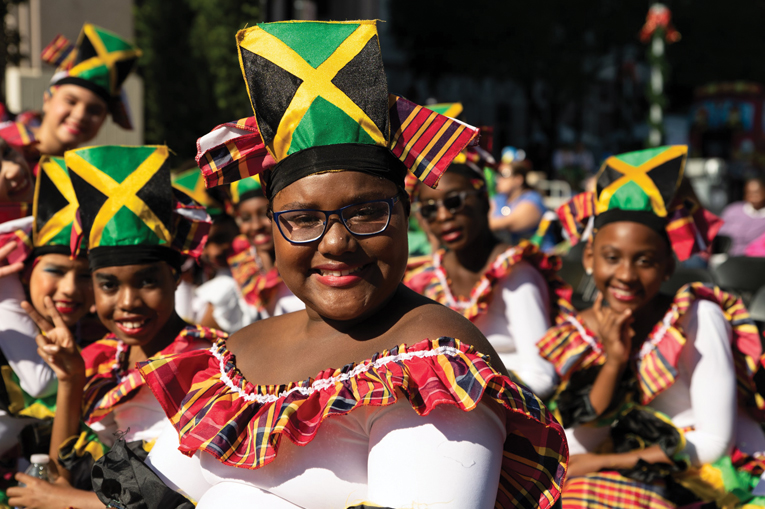 After a Saturday morning opening spectacle and citizenship ceremony, the two-day family-friendly event will launch activities like storytelling, a fashion design competition, a poetry slam and Haiku contest, choir performances, a global street dance party, and screenings of MYgration Films in partnership with the Global Peace Film Festival. Throughout the day, participants can exchange oral histories, learn to play games from around the world, join art workshops, and show off Cosplay fictional or imaginative character costumes.

Sugisawa says she’s excited about the Cosplay element “because it’s going to tap into a whole new demographic that have this culture of anime. They are so creative!”

Hungry festival-goers can choose from a diverse lineup of edibles. About 20 food vendors will offer a variety of global bites. Among them, Paula’s Jamaican Cuisine food truck will barbecue on site, and Veggie Garden restaurant will serve vegan Vietnamese favorites including spring rolls and summer rolls, Sugisawa says. 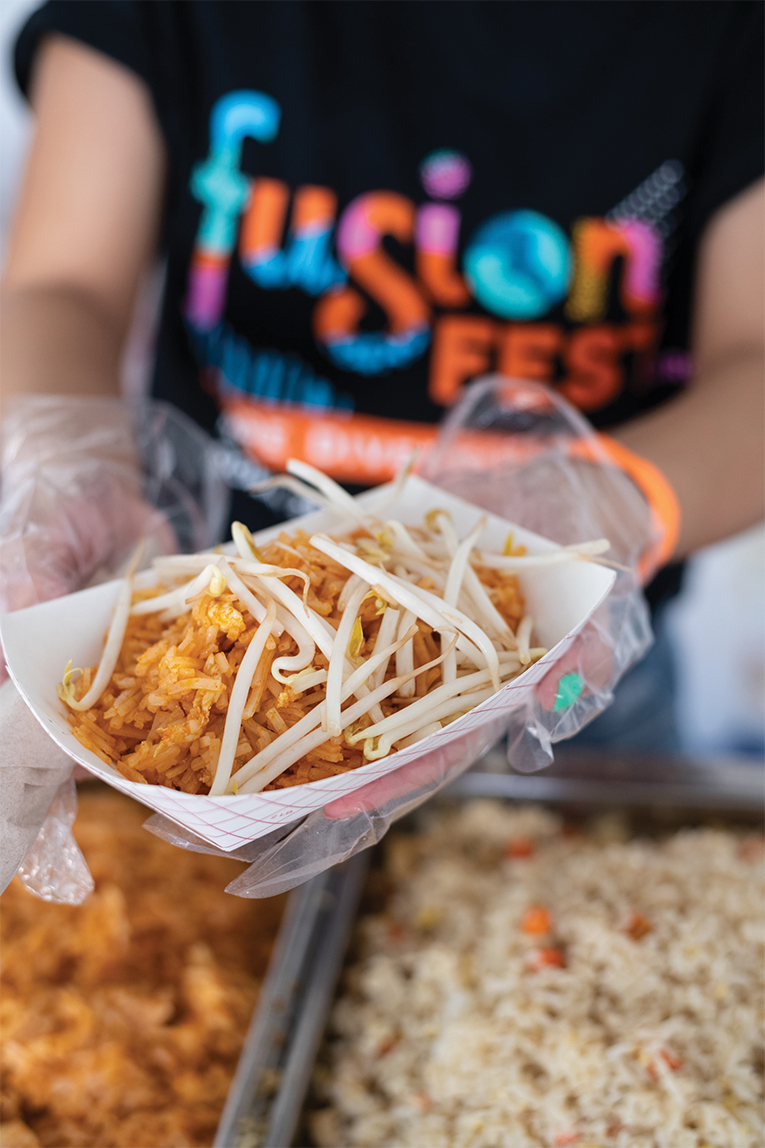 Closing out each day will be the Kaleidoscope music and dance production by CeCe Teneal, an award-winning performing artist who has opened for Joe Cocker, Johnny Lang, and the legendary B.B. King. “CeCe is working on creating something unique with different instruments and dance styles coming together,” Sugisawa says. “It exemplifies the vibrancy that comes with the fusion of cultures.”

“FusionFest is the perfect outing after Thanksgiving gatherings,” Sugisawa says, who invites locals and visitors “to head downtown to take in the aromas, sights, sounds, tastes, textures, and fascinating stories that represent the diverse origins and heritages of our community.”

This article appears in the November 2022 issue of Orlando Magazine.
Categories: Arts and Events
Tags: attractions, culture, Dr. Phillips Center for the Performing Arts, FusionFest, world
Want to read the whole issue? Download and read this issue and others on Magzter.