Orlando’s freewheeling performance festival is back with its 26th edition. Even the devil is in the details—so read on for some shows not to be missed.

There’s a bird’s-eye view, a tribute to Doctor Who, and the devil gets his due. That’s just for starters. But it should give you some idea of the wide-ranging offerings of the 26th edition of the Orlando International Fringe Theatre Festival, a global sampler that will feature 160-plus unjuried, uncensored theatrical productions, from family-friendly puppetry to bawdy cabarets, from first-timer efforts to the more polished works of familiar Fringe-circuit vets.

The shows, most of which are in the hourlong range, will be presented at a dozen-plus venues May 16-29 in and around Loch Haven Park. Here’s a rundown of a few of them, starting with the three we just mentioned, along with some insider Fringe-circuit intel. (For ticket and venue information, go to orlandofringe.org)

The bird’s-eye view is a shadow-puppet tale called Caws & Effect, featuring two chatty crows whose vision of the world is presented through masks, projections, an original music score, and a gaggle of bird-oriented wordplay. (Their hangout: The Crow Bar. Their ad campaign: “The critics are raven.”) There’s a handmade charm to the show, created by a twosome from Vancouver, Chloe Ziner and Jessica Gabriel, who is a member of a Canadian women’s clown collective.

The Doctor Who tribute is called Who, Me.  It’s Australian Rob Lloyd’s coming-of-age reminiscence of his geeked-out adolescence as a fan of the popular Doctor Who British telly series while growing up in a place called Walla Walla, a city in New South Wales on the banks of the Murrumbidgee River. The highlight of Lloyd’s personal Whoville memoire is an interpretive dance featuring an impersonation of each of the 11 actors who have portrayed the titular alien time-traveler over the years.

As for The Devil, that would be the name of a one-man comedy skit featuring Canadian comedian Mike Delamont as the uber-underlord. Delamont is a versatile Fringe favorite better known for portraying the other side of the good-evil spectrum in his God Is a Scottish Drag Queen series, which isn’t nearly as blasphemous as the title might imply. That’s assuming you don’t mind a deity who wears a fetching floral house dress and speaks in a Scottish brogue as he debunks the Noah’s Ark story, mocks Scientology, and regrets his design flaw in creating whales: Turns out they hate being wet.

So that’s why they beach themselves.

Delamont says he hasn’t turned his back on God and will continue to perform the show, just not this trip. He’s going to have his hands full, since he wants to focus on expanding his metaphysical repertoire with The Devil, which is making its Fringe-circuit debut in Orlando.

Besides that, he will be doing another new show, one that represents even more of a departure. Called Mama’s Boy, it’s an autobiographical monologue about his troubled relationship with his alcoholic mother. “It’s a story I’ve always wanted to tell,” he says, describing it as “a heavy show with a lot of laughter in it.”

Finally, Delamont will also reprise his role as the emcee of Floriduh, a festival highlight featuring an improvisational ensemble of Fringe artists acting out real-life stories, drawn from the headlines, of Sunshine State residents doing really, really stupid things. Fringe-circuit artists ordinarily work alone, but there’s camaraderie among them—and that makes the one-night-only Floriduh skit special for the performers and a must-see for tuned-in Fringe junkies.

Delamont isn’t the only well-known Fringe artist who’s changing directions this year. University of Central Florida graduate and Orlando theme-park-show veteran Chase Padgett is back, but unaccompanied by the imaginary cavalcade he’s become known for: the multiple characters of his two inventive, award-winning, house-packing productions, Nashville Hurricane and Six Guitars. Those two shows are among the most polished and memorable in the Fringe Festival’s history, so count yourself lucky if you saw Padgett, who is both an accomplished guitarist and a brilliant storyteller, as he accompanied himself while slipping in and out of a haunting array of characters. He’s retiring both productions in order to keep up with the times and challenge himself artistically.

The new show he will debut at Orlando Fringe this year, Chase Padgett: 5 Stars, represents his change in direction: He’ll perform as himself, combining stand-up comedy and musicianship. The comedy show will include improvised tunes, inventive staging —he’s figured out how to use a Nintendo controller to record and loop musical phrases into a song—and original compositions such as a gospel song he’s written specifically for “atheists who just like gospel music.”

Padgett, who lives in Portland, Oregon, with improv comedy artist, theater owner and occasional performance partner Stacy Hallal, says he likes the challenge of appearing as himself and wants to hone the show on the Fringe circuit, then put it on line, emulating other comedians such as Bo Burnham, Tim Minchin and Reggie Watts. Canadian T.J.

Canadian T.J. Dawe is one of the more cerebral Fringe-circuit vets, specializing in one-man explorations about mind-expanding technologies, experiences, relationships and substances. His source of inspiration for Roller Coaster, the new show he’ll be doing this year: Orlando.

Dawe’s history with the city goes back to the early 2000s: He remembers, on his first visit as a Fringe performer, thinking that it was the worst place he’d ever visited.

“This was when the Fringe was downtown, and I had to borrow a bike to get there. I remember riding down Colonial with traffic blasting past me and hating the strip malls and tacky bars and thinking this was just the worst place in the world.” The town has changed just a bit since then, and so has he. Orlando has become one of his favorite stops on the tour, enough for this year’s show to be something of a love letter.  He was inspired to write it after a visit last year to the Forbidden Journey attraction at Universal Orlando’s The Wizarding World of Harry Potter. It’s a mélange of other experiences he’s had in Orlando over the years, combined with speculation about what archaeologists in some distant future might find when they stumble onto the area’s theme park ruins.

At last year’s Fringe, an aptly named New York City troupe called The Coldharts, which specializes in eerie tales, won the Critics’ Choice award for best show for Edgar Allan, a fictional portrayal of a young and already-creepy Edgar Allan Poe stuck in a boarding house with only his ukulele, an ill-fated bestie, and his paranoid ways to keep him company. The Coldharts are back this year with an even creepier tale: The Unrepentant Necrophile.

It’s a leave-the-kids-at-home musical based on the real-life story of a woman who worked at a funeral home in the 1970s. It turned out to be a great place to meet the kind of men she was interested in, um, being with. Accompaniment to her story is provided by a punk rock band whose drummer does double duty as a dead guy: If you’re going to cast somebody in a rock band as a corpse, guess it only makes sense to use the drummer.

Coldharts co-founder Katie Hartman, last year’s Critics’ Choice Best Actress for her portrayal of young Poe, describes the musical as “beautiful.” When asked what sort of reaction the show has been getting from audiences,  she described two mini-reviews, one negative, the other positive, if a bit counterintuitive.

Negative: “That music was awfully loud.”

Positive: “It made me feel alive.”

Some other noteworthy shows at the Fringe: 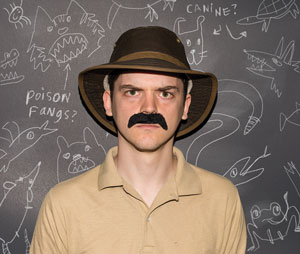 Beatlesque: Who would think to combine Beatles music with a burlesque show? A local group called Tush and the Upright Gents, apparently. Tush is the incomparable Tymisha Harris, she of the recent, locally produced Josephine Baker tribute, which was breathtaking both as burlesque and as an impassioned and insightful portrayal of a courageous black woman well ahead of her time.

Tod Kimbro and Blue Star Do a Cabaret: Two local Fringe vets, one a singer-songwriter, the other Orlando’s reigning gay matriarch and burlesque-show goddess, pool their musical and choreographic talents.

Til Death: The Six Wives of Henry VIII: All six wives of the short-tempered monarch meet in the afterlife to decide who gets to be his queen-for-all-eternity. All six are portrayed by actress Tara Travis.

Swamp Sistas La La: The group of women musicians/songwriters led by Beth McKee returns for a third year of performances from 3 to 11 p.m. on May 20. Last year, the Sistas were voted best outdoor stage performers and raised $10,000 for Second Harvest Food Bank.

Vasily Djokavich, Russia’s #1 State-Approved Comedian: Apparently he became a comedian because he sat in the designated “fourth seat of the third row” at the state-approved school, “which was comedy seat.” So goes a clever deadpan shtick. 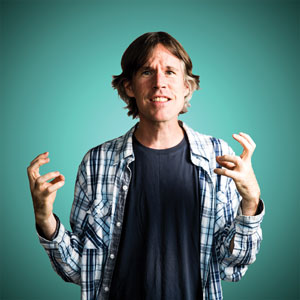 Martin Dockery: Delirium: A perfect title for the permanently peripatetic playwright-performer. The subject of this hourlong monologue, specifically, is love and commitment. But it’s a given that the tale will be told in the now-familiar frenzy of this returning Fringe veteran’s hyperactive storytelling style.

Fruit Flies Like a Banana, World Tour: The inventiveness and polish of The Forth Wall, a group of musician/dancer/actors self-described as a “hybrid arts ensemble,” won them a Patrons’ Pick last year. The title is borrowed from a playful linguistic trope that is sometimes wrongly attributed to Groucho Marx, though it’s not hard to imagine him delivering the line: “Time flies like an arrow; fruit flies like a banana.”