These over the top themed weddings are sure to inspire.

Rachael Cabanting and her husband Steven are self-professed “Disney nerds,” so much so, when the time came to get hitched, Orlando was a no-brainer destination. The couple loved the Disney/Pixar movie “Up” for its sweet message about growing old with your true love, and of course, the whimsical journey using thousands of balloons. So they decided to use the movie for their wedding-day theme. The result: rainbow balloon boutonnières, old-timey bottle caps strewn around the tables and a bouquet made from candy-colored vintage jewelry. And guess who showed up for the dance? That’s right, one of the world’s most-famous couples, Mickey and Minnie.

In a place where on any given day you’re likely to spy couples at the Magic Kingdom wearing mouse ears with a veil and top hat attached, a fantasy wedding in Orlando is par for the course. 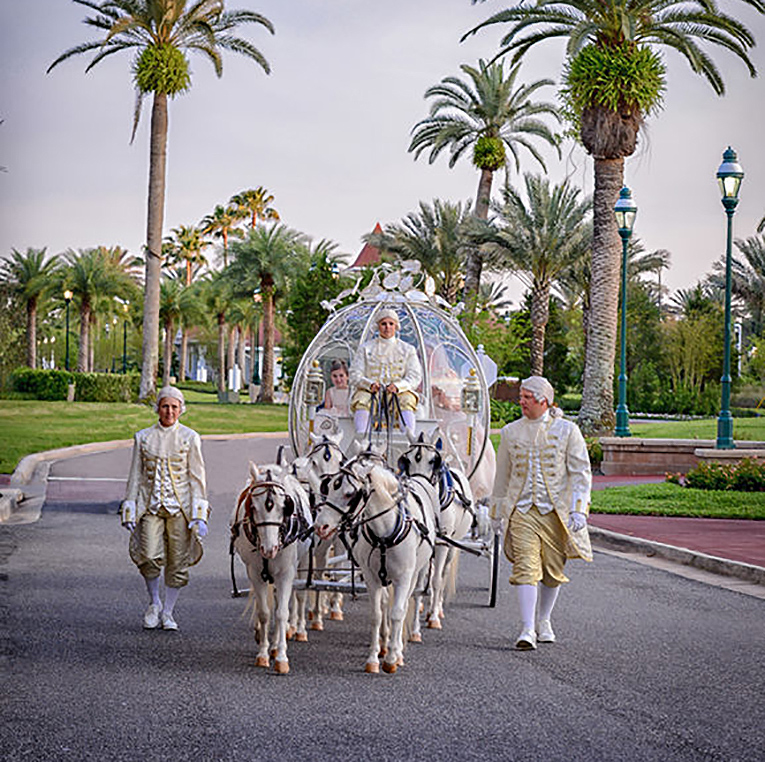 Local wedding photographer Nicole Faust says she’s shot several offbeat weddings over the years. “I think Orlando is a place that facilitates an area where having a specific theme to your wedding is acceptable and almost encouraged. Kinda just comes with the territory.”

And, with cosplay (costume play) going mainstream and the popularity of Disney, Lego, Marvel, Star Wars and Harry Potter, could there be any better destination than Orlando to have the character wedding of your dreams? Perhaps more than any other place in the world, people can live out their unabashed fandom in and around Central Florida’s theme parks and attractions.

Beyond the theme parks, Orlando’s other notable attractions have drawn couples who wish to make their fantasy come to life. Medieval Times, with its faux castle and jousting arena, is a Ren-faire paradise, and plenty of brides-to-be have said “I do” wearing corseted gowns with flowers in their hair as their dashing, pantaloon-wearing man also pledges allegiance to his love.

Orlando, and Florida in general, has always been a destination for weddings. With the warm weather, the vast number of posh resorts and proximity to the beach, there is a lot of allure here when it comes to trading vows. But, like the Cabantings, we all know the biggest draw for a destination wedding in Orlando (ahem, hey there, Mickey Mouse.) According to Disney, 1,000 couples are tying the knot on their property each year. Many women, once little girls who wore costumes of their favorite princess, like Belle or Cinderella, can get as close as they can to a real princess experience with a destination Disney wedding. To complete the transformation into a princess bride, wedding dress company Alfred Angelo makes official Disney wedding gowns based on popular princesses including this year’s debut of the Elsa gown (from the perpetually popular movie “Frozen”), a whispery, pale blue gown bedazzled with a crystal bodice and flowing, diaphanous cape.

Fantasy wedding or not, Central Florida is one of the world’s most-popular destination wedding locations. Now that gay marriage is legal, the state of Florida expects to see an additional 7,000 weddings a year, according to The Williams Institute, a public-policy organization. Certainly some of those numbers will be reflected in Central Florida, increasing the number of couples, already around 18,000, who marry in Orlando and Kissimmee every year. 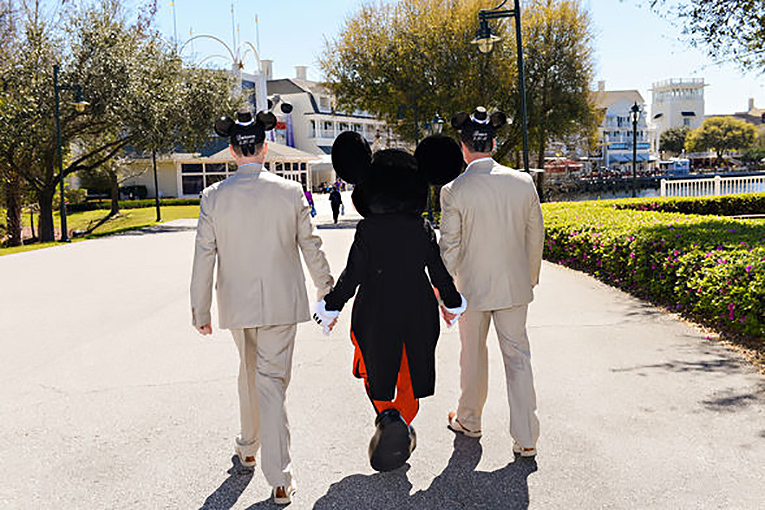 Of course, fantasy weddings are only a small slice of the cake when it comes to themes and décor, but wedding planners and photographers get giddy when the topic emerges.

Tracy L. Marini, owner of the Orlando-based wedding planning group, Eventfully Yours, says, “I recently did a Harry Potter-themed wedding. It was so much fun. When doing weddings every weekend, anything out of the normal realm is exciting because it’s so different than what we are used to.”

For those not willing to go full-on Ren-faire or come down the aisle as Princess Leah as Han Solo awaits, Marini suggests that couples can still have fun with a pop-culture theme that resonates with the bride and groom by bringing in small elements of a theme into a more traditional wedding. And, for those couples who dare, they’ll come away with some pretty awesome photos from an “only-in-Orlando” wedding. 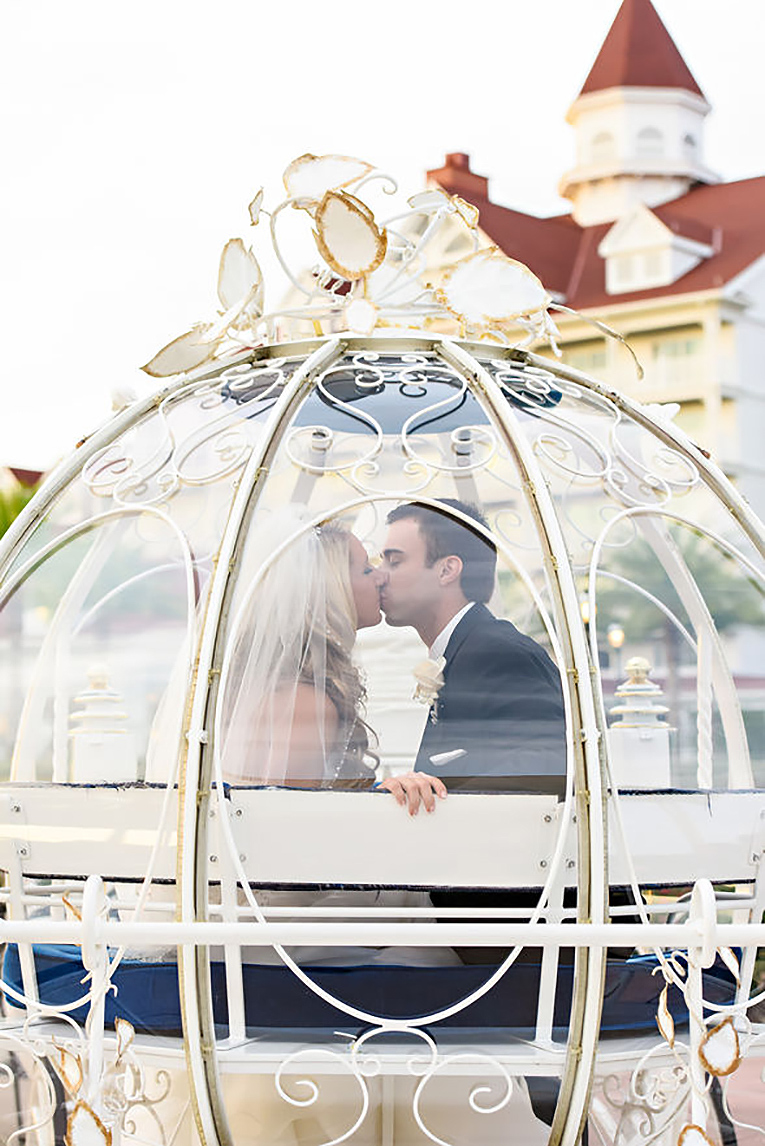 And they lived happily ever after (©Walt Disney World)