Meet the leadership team at the Greater Orlando Sports Commission! 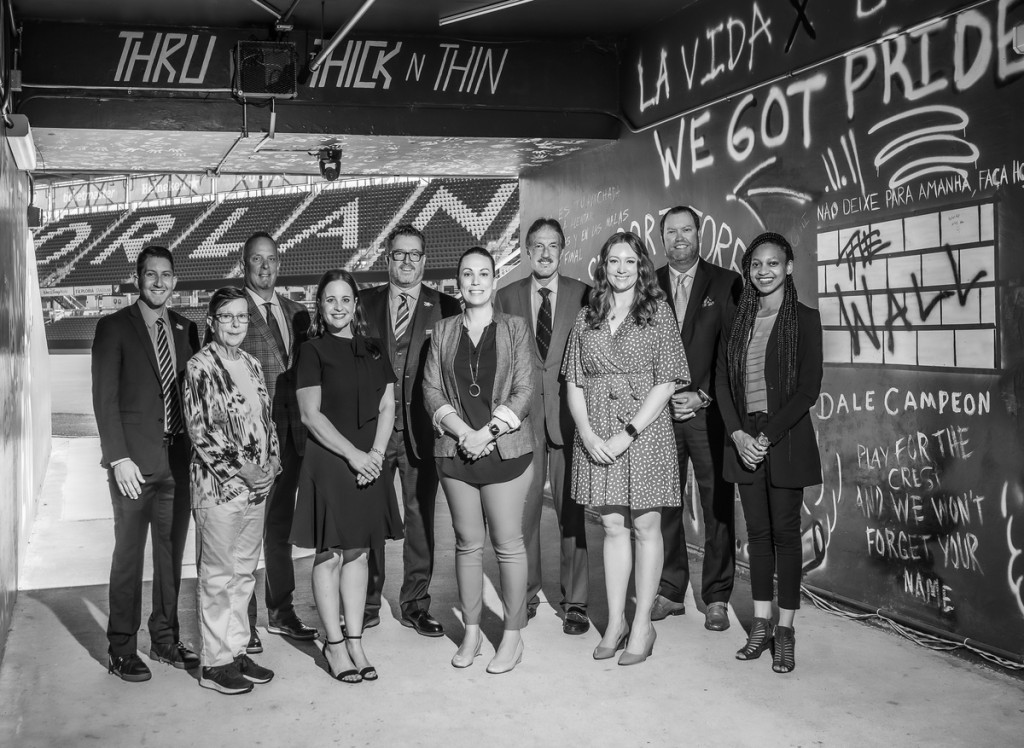 THE FACES OF SPORTS TOURISM

Celebrating its 30th anniversary, the Greater Orlando Sports Commission (GO Sports) is a community and privately funded non-profit whose mission is to attract and manage sports-
related events, conferences and activities that drive economic impact for the region. Officially incorporated on September 10, 1992, GO Sports is one of the country’s largest regional sports commissions, representing the City of Orlando, Lake, Orange, Osceola and Seminole counties and the 35+ venues within its Central Florida footprint.

GO Sports has assembled a team of eight full time executives with more than 135 years of combined industry experience. Jason Siegel is entering his seventh year as President & CEO and has been recognized as one of Orlando magazine’s 50 Most Powerful in 2021 and 2022. In that time, GO Sports’ Board of Directors has quadrupled in size as many of the public and private sector partners served by the Commission have taken leadership positions within the organization. In addition, GO Sports has grown its portfolio of regional corporate partners from 4 to more than 140. Under Siegel’s leadership, GO Sports will host more than 350 events and is projected to drive more than $1 billion in economic impact. The GO Sports team has secured, recently hosted, and is targeting new and returning marquee events, including NCAA March Madness, WrestleMania, Monster Jam World Finals, 2022 Special Olympics USA Games, Division I/II/III NCAA championships, Olympic Qualifiers, major league all-star games, and large amateur and esports events.

(1) The SPORTYS: Greater Orlando’s Night of Champions presented by Orlando Health Jewett Orthopedic Institute, which honors local sports business professionals whose contributions and impact are vital in making Greater Orlando one of the country’s premier sports destinations; (2) Celebrating Women in Sports presented by Orlando Health Jewett Orthopedic Institute which recognizes female leaders who have helped make the sports industry in Greater Orlando the success it is today, and (3) the Central Florida Sports Hall of Fame which has recognized 87 individuals in the sports community since 1981.