On this Mother’s Day, Laura Anders Lee acknowledges that she is part of a powerful sisterhood. 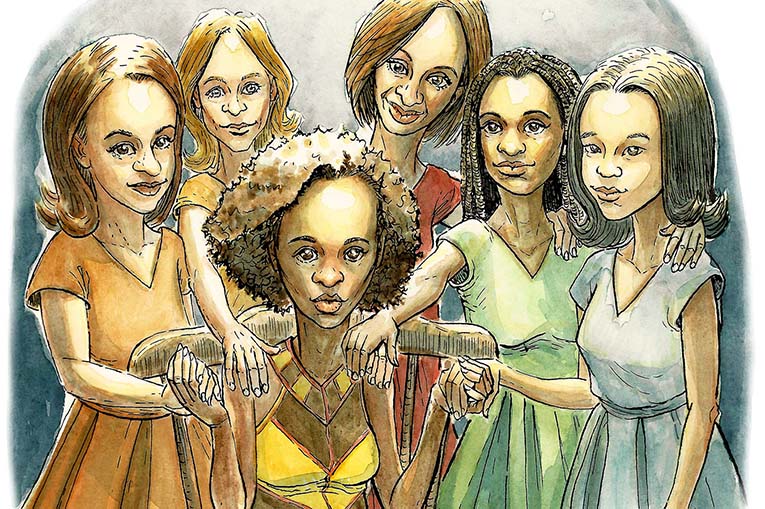 I’ve been binge-watching Call the Midwife on Netflix. Now in its ninth season, the show is based on the memoirs of Jennifer Worth, a nurse and midwife who worked in London’s East End in the 1950s. As the mother of two boys, I’ve appreciated how well the show so honestly and skillfully deals with women’s issues. Instead of a glossed-over Hollywood version of childbirth and motherhood, we see a nitty-gritty East End reality.

Mothers have come a long way since the 50s—thank goodness. But Call the Midwife has also made me wonder: With so much advancement in women’s health, why are we females still not more open? We all too often keep our own difficulties a deep, dark secret, filtering our lives on social media and revealing only veiled truths.

Motherhood is the greatest joy of my life, but let’s be real—there’s much more to the story.

My pregnancies weren’t the perfect baby bump in a darling Maxi dress, but charley horses, hemorrhoids and morning sickness that actually lasted all day and night. Labor and delivery, even with an epidural, was the hardest and most intense physical work I’ve ever done in my life.

After my sons, Anders and William, were born, not only was I sleep-deprived, I suffered from postpartum depression. I was glowing when I brought Anders home from the hospital, but soon the balloons deflated, the flowers withered and the casseroles stopped coming. Reality set in, and with my husband back at work, I was alone at my most vulnerable time. I thought having a baby was supposed to bring me the ultimate happiness, and there I was in a fog of immense sadness. I felt ungrateful and ashamed, so instead of speaking up, I suffered in silence for months before I finally got help.

Then just before Anders turned one, I got pregnant again. Bryan and I were surprised but elated, but we kept the news to ourselves. Six weeks later when Bryan was out of town, I had a miscarriage at work. I was losing a baby and to make my heartbreaking situation worse, I was suffering alone.

Like postpartum depression, miscarriages are a silent epidemic that affect far too many of us. There is a rule of thumb not to tell anyone you’re pregnant until you’re 12 weeks along, so if you miscarry, nobody will know. I didn’t share my news out of fear, and when my worst fear was realized, there was nobody to lean on.

When I finally confided in my friends and my mom, I felt a weight lifted. Their love and support showed me that it wasn’t my fault. Looking back, I realize any one of my female co-workers would have helped me that day. Miscarriages are so prevalent, yet so private—and they don’t need to be.

I always thought miscarriages happened once out of every four pregnancies, but my OB told me that number is closer to half. Half! The numbers make it seem impossible to have a healthy baby. Now that I’ve created two lives, I realize what a miracle they truly are.

Anders and William are now 9 and 7. Every year brings exciting new phases and wonderful adventures, but also new challenges to tackle. The work is not any easier.

We are living in an era of Supermoms, mothers who juggle careers, PTA, housework, extracurriculars, finances, spouses and children along with miscarriages, infertility, divorce, illness and more. That’s a lot for one person to bear. Just because we can do it all doesn’t mean we should.

The most powerful I’ve ever felt was after 20 hours of labor when my body was completely spent. When the doctor placed Anders on my chest and I held my baby in my arms for the first time, a profound realization hit me. I had endured something billions of other women had done before me. I had been initiated into a special sisterhood, and knowing this gave me strength.

This Mother’s Day, as we celebrate our own mothers and ourselves, let’s do something else. Let’s confide in another female, tell her something we are struggling with. I can’t get pregnant. My body is not the same after my third child. My husband and I have been fighting lately. My daughter is having trouble at school. My son is just different. In sharing our stories, we’ll feel less alone. By speaking out, we’ll build a system of support.

We are Supermoms indeed, but our superpower isn’t doing everything by ourselves. Our superpower is our sisterhood. If we share our sorrows and take a little of someone else’s burden, we mothers can conquer the world.

This article appears in the May 2020 issue of Orlando Magazine.
Categories: Column
Tags: Laura Lee, moms, Mother’s Day, motherhood
Want to read the whole issue? Download and read this issue and others on Magzter.

The Best Shampoos and Conditioners for Dry Hair